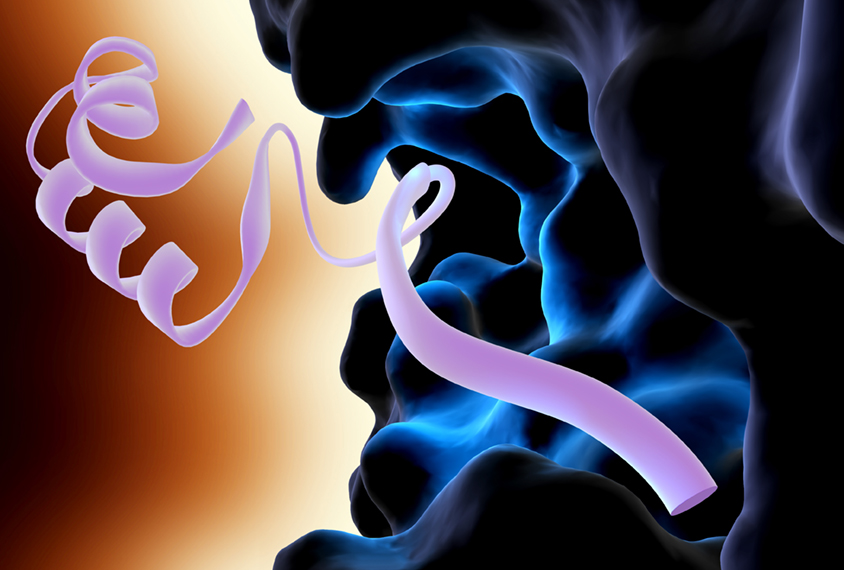 A new analysis has uncovered more than 1,200 new protein-protein interactions involving the proteins encoded by 92 genes strongly linked to autism, according to unpublished results.

Researchers presented the findings virtually last week at the 2021 International Society for Autism Research annual meeting. (Links to abstracts may work only for registered conference attendees.)

Though scientists have extensively studied many of the autism-linked genes considered in the new work — including SHANK3, CHD8 and FOXP2 — understanding how their protein products interact with other proteins in the cell could provide new clues to those genes’ functions, says study investigator Snow Naing, a graduate student in Nevan Krogan’s lab at the University of California, San Francisco, who presented the findings. It could also reveal how mutations in those genes contribute to autism.

“Genes are great as an initial point, but at the end of the day, proteins are the ones that carry out a lot of the functions,” Naing says. “And proteins, they never really function on their own — they always interact with other proteins.”

Previous studies have cataloged numerous interactions involving autism-linked proteins, which are available in online databases such as the Human Reference Interactome. But, Naing says, the results of protein-protein interaction assays can vary a great deal depending on the methods used. The data in the Human Reference Interactome come from experiments in yeast, for example, but Naing and her team did their experiments in human cells.

The researchers attached each of the 92 autism-linked proteins to a protein complex, which they used as a tether to pull the protein out of the cell, along with any other proteins it interacted with. They identified those other proteins using mass spectrometry.

After factoring out the ‘background noise’ of proteins that just happened to be floating around nearby, Naing uncovered 1,403 protein interactions involving the autism-linked proteins; 87 percent of those interactions are not listed in the Human Reference Interactome or other similar databases.

She and her team are studying how mutations seen in autistic people disrupt these interactions.

The analysis relied on human kidney cells “as the first test because they’re easy to manipulate,” Naing says. But kidney cells and neurons express many distinct proteins that allow them to carry out their particular functions.

For this reason, Naing and her colleagues next plan to run the same experiment in neural progenitor cells, the type of cells that ultimately develop into neurons.