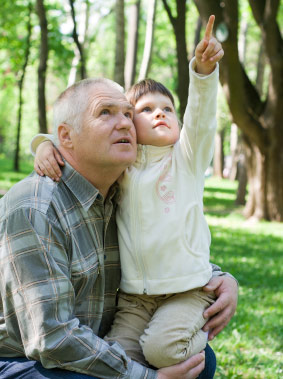 Pointing practices: People in some cultures do not point with the index finger to signal joint attention.

As autism awareness increases around the world, translations of English-language autism screening and diagnostic instruments are proliferating. For example, nine translations of the developmental, dimensional and diagnostic interview, or 3Di, are underway or complete. The Modified Checklist for Autism in Toddlers (M-CHAT) exists in at least 40 different languages.

Yet despite the increasing availability of such translations, there is little research evaluating how well they work. Validation is necessary not only to ensure that children with autism get the services they need, but also to accurately measure the disorder’s prevalence in different countries, researchers say.

To be able to compare autism rates, “you’ve got to know that what you’re looking at is approximately the same thing in every culture,” says David Skuse, professor of behavioral sciences at University College London and one of the developers of the 3Di.

The most widely used autism questionnaires and diagnostic instruments were developed in English — the global lingua franca of science and medicine — and are based on the English-language definition of the disorder enshrined in the Diagnostic and Statistical Manual of Mental Disorders (DSM) and the International Classification of Diseases.

But English idioms can be difficult to render in other languages. For example, the Social Responsiveness Scale (SRS), a 65-item questionnaire designed to identify autism-related traits in children age 4 to 18, contains a question about whether a child ‘separates easily from caregivers.’

“That item was totally rubbish in German,” says Sven Bölte, professor of child and adolescent psychiatry at the Karolinska Institute in Stockholm, Sweden, who translated the test1. His team tried several different ways of wording the question, but none encapsulated the idea as neatly as the English phrase. When Bölte made a Swedish translation of the SRS, he had similar results. “The question did not help to differentiate at all between autism and non-autism, but it actually did in the U.S.”

Some questions are lost in translation, but a different sort of linguistic problem crops up as well: In Korea, children show deference to their elders by adding different suffixes to words depending on whom they’re speaking to.

“One of the things that parents consistently report as an impairment associated with their child’s autism is an inability to change the language to fit the status of the person that they’re speaking to or answering,” says Roy Richard Grinker, professor of anthropology at George Washington University in Washington, D.C. Yet such suffixes don’t exist in English, so autism diagnostic instruments simply don’t ask about them.

Often, translation challenges are more cultural than linguistic, however. Two questions on the M-CHAT, a 23-item screening questionnaire, ask whether a child points with his or her index finger — an important marker in Western cultures of joint attention, which is often impaired in children with autism.

“There are places in the world where people don’t tend to point with their fingers,” notes Grinker, who has collaborated on studies of autism in various cultures. In some cultures, people might ‘point’ with the palm of their hand, or by pushing out their lips. A literal translation of the M-CHAT wouldn’t work in those places.

The 3Di, a computerized assessment composed of some 300 questions, includes several items concerning whether a child shows social initiative, such as inviting other children over to play, which have been difficult to capture in Cantonese and Mandarin translations. “It’s no good saying, ‘Do they invite little kids round to play?’ because that’s just not done” in those cultures, says Richard Warrington, 3Di software developer and training manager at University College London.

He suggests that the team could include possible substitutes for problematic questions in translated versions of the 3Di, then gather data on how well these substitutes track with other autism symptoms.

These complexities mean that translating an autism diagnostic instrument also requires adapting it to a new culture. “A person making a translation should have a lot of experience with autism diagnosis,” says Young-Shin Kim, associate professor in the Child Study Center at the Yale School of Medicine. “They should be fluent in both languages. And they should be fluent in both cultures.”

Kim has made Korean translations of several autism-related questionnaires and used them as part of a study of autism prevalence in South Korea. Working on the translation of the Autism Diagnostic Interview-Revised (ADI-R), Kim says she realized that questions about whether a child mixes up the pronouns ‘I’ and ‘you’ would have little meaning in the Korean context.

“We don’t use these pronouns very often in Korean,” she says. But questions about saying goodbye might get at the same issues, she thought.

People with autism tend to have difficulty putting themselves in another person’s shoes, which is known as perspective-taking. In spoken English, this manifests itself through the reversal of pronouns. In Korean, saying goodbye requires perspective-taking, because the proper phrase to use depends on whether the person being spoken to is staying or leaving.

Kim worked with Cathy Lord, who developed the original English version of the ADI-R, to tweak the scoring system in the Korean version so that questions about saying goodbye would count as measuring perspective-taking.

Despite wide agreement that translation is a complex and tricky endeavor, there’s very little published research on the validity of translated autism questionnaires.

Skuse and Warrington collaborated with a team of Thai researchers on such a study, the results of which are slated to be published in Autism later this year. They administered the Thai version of the 3Di to the parents of three groups of children: those with autism, those with other neurodevelopmental disorders and those with typical development. Then they compared the patterns of Thai scores with those in a large database of results from people in the U.K. who took the original English version.

“The results are very similar to the original interview, despite the difference in culture and the considerable difference in language,” Skuse says. He adds that his team has similar unpublished data on the Finnish version of the 3Di.

Working in Germany, Bölte and his collaborators found that, aside from the question about how children separate from caregivers, the German translation of the SRS yields similar results to the English version administered to children in the U.S.

More recently, Bölte has shown that a German translation of the adult version of the SRS also discriminates between those with and without autism2. However, the difference in scores between the two groups is much narrower among adults than it is among children, which could indicate the adult version of the test isn’t as accurate as the child version, or could simply be a result of the study’s small size. It had 245 participants, including just 20 adults who have autism, and Bölte says a much larger study is necessary.

Other results aren’t as reassuring. One study in Sri Lanka found that a Sinhalese translation of the M-CHAT has a specificity of only 70 percent and a sensitivity of just 25 percent — meaning that it identified some children who didn’t turn out to have autism, and missed even more children who did3. In English, the M-CHAT’s sensitivity and specificity are well above 90 percent.

As autism prevalence studies get underway around the world, the need for accurate questionnaires increases. One difficulty is securing funding for validation of translations, especially for ‘small-market’ languages, says Bölte. “There’s extremely little funding for development of psychological instruments.”

Still, more researchers are paying attention to the complexities involved in translation says Grinker, who reports that his perspective as an anthropologist is more and more in demand. “There’s increasing appreciation for just how challenging it is to employ these instruments in other cultures.”