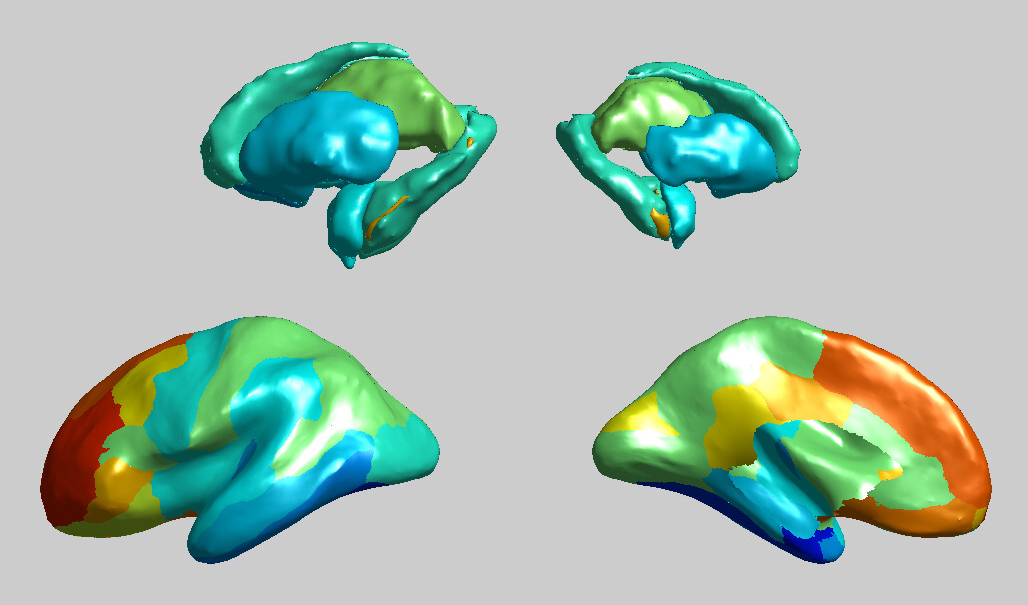 Sampling size: Some regions of the brain (yellow, red) tend to be larger in people with autism than in controls; others (blue) are typically smaller in autism brains.

The brains of people with autism show a variety of structural differences from those of controls, according to a large imaging study1. The differences appear throughout the brain, not just in regions linked to the condition.

The findings suggest that many more regions are involved in autism than previously thought.

“It could be that abnormalities are more prominent in the social brain, but not purely and only in the social brain,” says lead researcher Jan Buitelaar, professor of child and adolescent psychiatry at Radboud University in Nijmegen, the Netherlands.

Some of the structural differences seen in people with autism also appear in brain scans of some controls, suggesting that these differences are not a biomarker of the condition.

“When we want to find the correlates of disease, one of the difficulties is that we have to deal with how variable humans are in general,” says Armin Raznahan, chief of the Developmental Neurogenomics Unit at the U.S. National Institute of Mental Health, who was not involved in the study.

Buitelaar and his colleagues analyzed magnetic resonance imaging scans from 1,571 people with autism and 1,651 controls, all aged 2 to 64 years. The scans came from 49 sites, spanning 13 countries, in the autism arm of the Enhancing Neuroimaging and Genetics through Meta-Analysis (ENIGMA) Network at the University of Southern California.

Compared with controls, people with autism have a slightly thinner temporal cortex, a large region associated with processing sounds and speech. They also have a thick frontal cortex, which governs complex social and cognitive processes. Internal structures such as the nucleus accumbens (a reward region) and the amygdala (an emotion hub) are smaller, on average, in autism brains than in control brains.

Because of the study’s large sample size, its results may help highlight the structural differences most relevant to understanding autism, says Nicholas Lange, associate professor of psychiatry and biostatistics at Harvard University, who was not involved in the study.

The differences observed in people with autism varied with age: Adolescent autism brains have the thickest frontal cortex and thinnest temporal cortex of all the autism brains. The results appeared 1 April in the American Journal of Psychiatry.

“There may also be secondary changes [in the brain] across development,” Raznahan says.

One next step would be for researchers to refine the analysis and match structural differences to particular autism features.

“Now we have 1,600 scans: What if we asked computer algorithms to tell us what are the subgroups here and what characterizes them?” says Evdokia Anagnostou, senior clinician scientist at Bloorview Research Institute at the University of Toronto and an ENIGMA investigator.

Buitelaar and his colleagues plan to combine genetic and brain-scan data to explore how variants in DNA might drive the structural changes in autism brains.