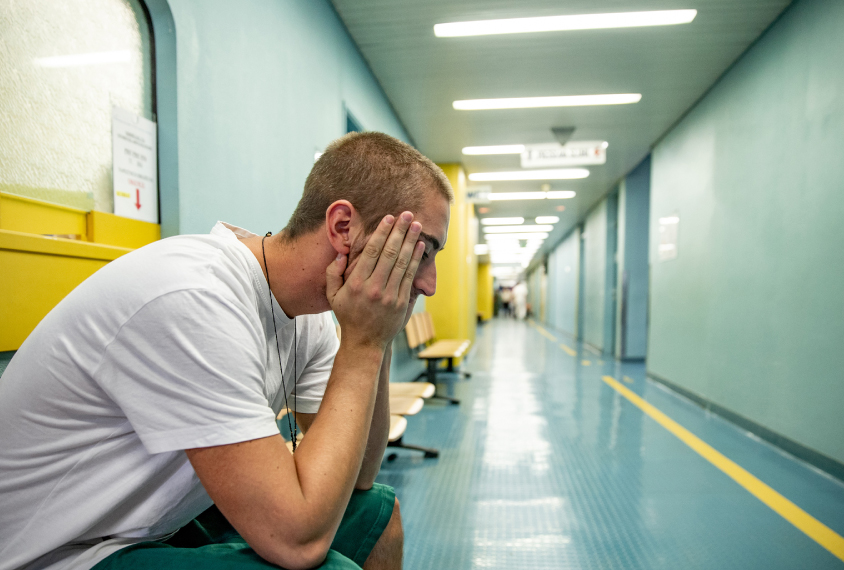 Big burden: Psychiatric conditions are up to 14 times as common among adults with autism as they are in the general population.

Adults with autism tend to have a different set of psychiatric conditions than do those with attention deficit hyperactivity disorder (ADHD), a study of more than 1 million people suggests1.

Autism and ADHD often overlap and may share biological roots. The new findings may help clinicians spot the conditions that differ among these individuals, such as depression and anxiety, and tailor treatments accordingly.

“In order to give good treatment, it’s important to know these patterns,” says lead researcher Kari Klungsøyr, professor of medicine at the University of Bergen in Norway.

The new work provides a window into the panoply of mental health problems particular to autistic adults.

“Research on adult ADHD and autism is still in its infancy,” says Tinca Polderman, assistant professor of complex trait development at Vrije Universiteit Amsterdam in the Netherlands, who was not involved in the research. “Efforts of high quality [like this one] are highly valuable.”

Klungsøyr and her colleagues combed through national registries and prescription databases for medical and demographic information from 1,701,206 people born in Norway from 1967 to 1997.

They identified 38,636 adults with an ADHD diagnosis, 7,528 with an autism diagnosis and 1,467 with both. They also tracked the prevalence of anxiety, major depressive disorder, bipolar disorder, personality disorders, schizophrenia and substance use disorders among these individuals.

They found that these six types of conditions are 2 to 14 times as common among adults with autism, ADHD or both as they are in the general population.

Adults who have both autism and ADHD are more likely to have anxiety, bipolar and personality disorders than those with either condition alone.

Klungsøyr and her colleagues also combed a database called LD Hub to assess the genetic overlap between autism, ADHD and other brain conditions. LD Hub contains genetic variants associated with 173 conditions or traits in large population studies. Substance use disorders and personality disorders are not in the database, so the team looked at variants tied to related traits, such as alcohol misuse, neuroticism and extraversion.

ADHD shares a significant number of variants with traits related to personality disorders and substance use disorders, the researchers found; autism does not show significant genetic overlap with any other condition. The results appeared in Biological Psychiatry in April.

The paucity of findings may due to the relatively small size of the studies in LD Hub, says Benjamin Yerys, assistant professor of psychology in psychiatry at the Children’s Hospital of Philadelphia, who was not involved in the research. Larger genetic-association studies may reveal closer ties between autism, ADHD and other conditions.