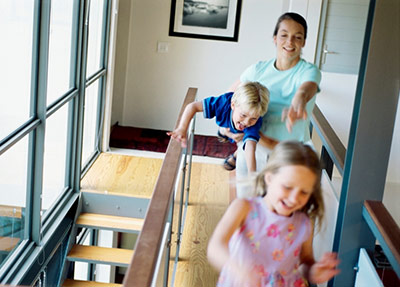 Double jeopardy: Women diagnosed with attention deficit hyperactivity disorder are at more than double the typical risk of having a child with autism.

Children of women who have attention deficit hyperactivity disorder are at increased risk for autism and attention deficit, according to a study published 21 January in the Journal of Child Psychology and Psychiatry1. This suggests the two diseases have common risk factors.

Autism and ADHD are known to share symptoms, and approximately 30 percent of children with autism also meet the criteria for ADHD2. The two conditions often appear in the same families, and twin studies and genetic studies have suggested that they share genetic risk factors.

The new study is the first to look at the transmission of the two conditions from one generation to the next on a population-wide basis. It is also the first to find that a parent’s diagnosis of ADHD increases risk of the disorders in the child.

“We’ve known for decades that ADHD is heritable. But now we’re starting to collect a body of evidence to suggest these two disorders do share some liability,” says lead investigator Erica Musser, assistant professor of child and adolescent psychology at Florida International University.

Musser and her colleagues used data from the Kaiser Permanente Northwest Health Plan, an insurance group that covers nearly half a million people in Oregon and Washington state. They gathered electronic health records for all children born to parents with the plan between 1998 and 2004 (and who were still insured by Kaiser in 2012) — 46,030 children in all — and for the mother of each child. They documented any diagnoses of autism and ADHD and demographic information such as age, race and birth order.

“There haven’t been many family studies before, and this is by far the largest,” says Angelica Ronald, senior lecturer in psychological sciences at Birkbeck, University of London, who was not involved in the study.

Of these children, 609 have been diagnosed with autism, 213 with ADHD, 54 with both conditions and 27,770 with neither. And 516 of the mothers have a diagnosis of ADHD; only 9 have an autism diagnosis, too few for a meaningful analysis.

The researchers determined that a mother’s diagnosis of ADHD increases a child’s risk of that condition sixfold and the risk of autism by 2.5 times. “That’s a big difference in risk,” says Musser.

This increase in risk holds even when the researchers control for the mother’s age, the child’s gender, the age at diagnosis and whether the child was born pre- or post-term. When the researchers randomly selected a child from each family to repeat the analysis — meaning fewer of the children are firstborns — their results still showed the same pattern of risk.

Although the researchers can’t definitely say whether this liability is genetic, environmental or both, the results are “consistent with the idea that there are genetic risk factors that are shared between the two diseases,” says Benjamin Neale, assistant professor in the Analytic and Translational Genetics Unit at Massachusetts General Hospital in Boston, who was not involved in the study.

“The extent to which we’re going to see genetic overlap between these different diseases, or even environmental overlap, is still an open question,” Neale says. “We can learn more about the biological processes that underpin related diseases if we understand what’s shared and what’s specific [to each].”

Musser says the next step is to look at transmission of risk from fathers to children. Autism and ADHD are both more common in men than in women, which may affect the pattern and rate of heritability.

Studies could also examine how familial transmission affects specific symptoms, because many children with ADHD exhibit symptoms of autism, and vice versa, adds Ronald. “A complementary approach would be to look at children with ADHD who also have social impairment or restricted interest, for instance.”