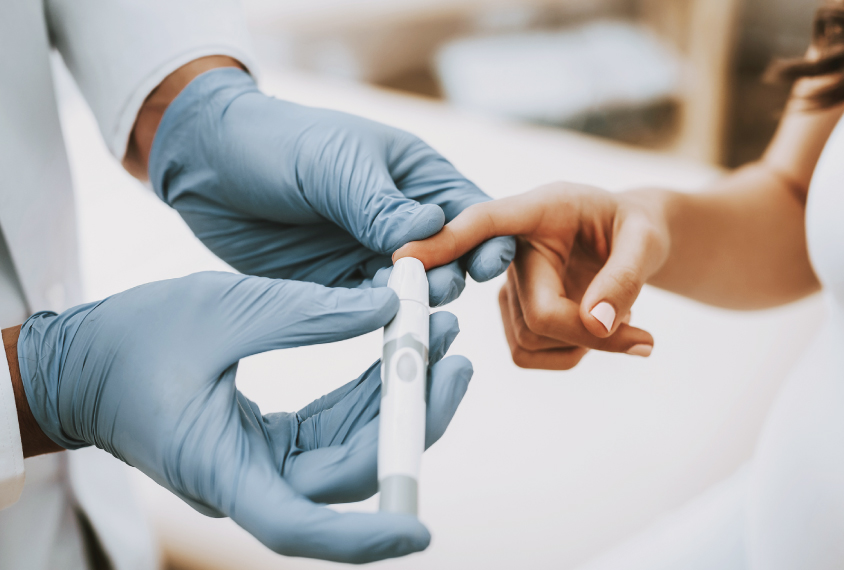 Precious cargo: Anemia impairs the blood’s ability to carry oxygen to the brain.

Being anemic while pregnant may increase a woman’s chance of having a child with intellectual disability, autism or attention deficit hyperactivity disorder (ADHD).

Two previous smaller studies hinted at a link between maternal anemia and intellectual disability, but the new work is the first to show a link to autism or ADHD. The results, based on an analysis of more than 500,000 children in Sweden and their mothers, were published Wednesday in JAMA Psychiatry1.

The increase in risk is highest for intellectual disability — about double that of children born to women who do not have anemia — and about 40 percent each for autism and ADHD.

“It’s particularly intellectual disability that stands out as having the strongest association,” says study leader Renee Gardner, assistant professor of public health sciences at the Karolinska Institute in Stockholm, Sweden.

Most cases of anemia are caused by a deficiency in iron, a nutrient required for blood to carry oxygen to the brain and other tissues. Up to 20 percent of pregnant women worldwide have anemia caused by iron deficiency2.

The findings underscore the importance of testing for anemia in women who are pregnant or planning to be, says Laura Murray-Kolb, associate professor of nutritional sciences at Pennsylvania State University, who was not involved in the work. “It’s really important to make sure the mom does not experience anemia during pregnancy,” Murray-Kolb says.

Prenatal iron supplements might offset the risk of conditions associated with anemia. But this idea needs to be studied carefully, not least because too much iron can be toxic, she says.

The absolute risk of any of the three conditions as a result of anemia is low. Less than 1 percent of the women in the study had anemia before the 31st week of pregnancy; and only about 5 percent of their children have autism, compared with about 3.5 percent of children born to women without anemia.

Gardner and her team analyzed data from the Stockholm Youth Cohort, a registry of people born from 1984 to 2011. They studied a sample of 299,768 women and their 532,232 children; of those children, 17,670 have autism, 37,142 have ADHD and 6,265 have intellectual disability. (The diagnoses are not mutually exclusive, however, so some children may belong to more than one group.)

An initial analysis hinted that the 31,018 women who had anemia while pregnant had a small but significant increase in the risk of having a child with one of the conditions. The researchers then focused on the 1,534 women who had anemia before the 31st week of pregnancy, an important period for brain development. (Anemia during or after the 31st week of pregnancy does not track with any of the conditions.)

Based on the 69 autistic children born to these women, the researchers calculated that women with anemia are 44 percent more likely to have a child on the spectrum than those who are not anemic. Anemia also ups the odds of ADHD by 37 percent, and of intellectual disability by 120 percent.

The researchers arrived at these estimates after accounting for factors such as the child’s sex and the mother’s age, body mass index, income and history of psychiatric conditions.

Comparing children who have one of the conditions with their unaffected siblings suggests that genetic or other family factors do not fully account for the study’s results, either.

However, the researchers did not take into account siblings’ birth order, says Stephen Buka, professor of epidemiology at Brown University in Providence, Rhode Island, who was not involved in the study. “If you’re anemic and you have a child who has autism, ADHD or intellectual disability, you’re likely to be more attentive in your next pregnancy.”

Complications during pregnancy may partly explain the results. For instance, preterm birth accounts for more than 70 percent of the link between anemia and autism, the study shows. Preeclampsia, a condition associated with dangerously high blood pressure, also accounts for a small proportion of the link.

An additional analysis revealed that the link to autism alone is not significant; it becomes so only when autism is present along with intellectual disability.

The connection between anemia and these conditions “makes a lot of sense biologically,” Gardner says. “The brain uses a lot of energy and oxygen. If you can’t transport enough oxygen, the brain can’t function as well.” Iron is also important for neurons’ development and is needed to make certain chemical messengers implicated in autism.

Still, being anemic does not necessarily mean the women were low in iron. “There are multiple other causes of anemia,” Murray-Kolb says, including infections and other nutritional deficiencies.

Gardner’s team did not measure the women’s iron levels, so they can’t say for sure whether iron deficiency explains the link between the mothers’ anemia and the children’s conditions.

It would also be helpful to know the children’s iron levels, Murray-Kolb says, because iron deficiency can directly impair cognitive ability.

Gardner says her team is measuring iron levels in blood samples from some of the women and their children.