Amygdala in autistic brains may not adapt to social stimuli 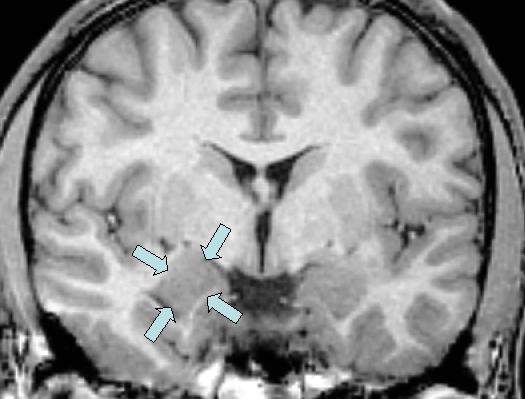 Deep impact: In people with autism, the amygdala, required for processing emotions, doesn’t get used to once-viewed faces.

The characteristic inability of a person with autism to respond to emotions may stem from sustained arousal in the amygdala, the brain region needed to interpret emotions from facial expressions. That’s the conclusion of a brain imaging study published in the April issue of the American Journal of Psychiatry 1.

In most people, the amygdala rapidly habituates, or decreases its response, to repeated social stimuli2. But scientists have discovered for the first time that the amygdala of people with autism does not adapt to repeated viewings of faces.

Scientists in 2000 first linked disparate bits of evidence to suggest that dysfunction of the amygdala causes some of the social deficits observed in autism3. The researchers cited, among others, three studies from the 1990s: a report that a person who had had her amygdala removed was unable to match different facial expressions to the same person4, a magnetic resonance imaging study showing reduced amygdala volume in autistic brains5, and a functional magnetic resonance imaging (fMRI) study that found that the human amygdala is activated during face-recognition tasks6.

In the new study, a team of neuroscientists at the University of Washington used fMRI to observe amygdala activation in adults with autism and in healthy controls as the groups saw photographs of human faces with neutral expressions.

In the first round, the researchers detected no difference in amygdala activity between the autism and control groups. When the participants looked at the photos a second time, however, amygdala activation decreased in the control group, indicating that they had became habituated to the stimuli.

Those in the autism group, in contrast, experienced the same level of amygdala activation in both rounds, suggesting that their amygdalae are unable to adapt to social stimuli.

Other researchers have reported hyperactivity in the autistic amygdala during similar tasks7, which they interpreted as heightened sensitivity to social stimuli. But in this study, the amygdala response in those with autism never exceeded that of the healthy controls.

“We didn’t find an increased activation level in the amygdala; we found that the activation level of the amygdala in autistic people didn’t decrease in response to repeated stimulation as it did in normal people,” says study co-author Elizabeth Aylward, director of developmental disorders research at the Seattle Children’s Research Institute.

The study should caution researchers to take habituation into account when conducting face-processing studies, Aylward says. “Just because we don’t see differences in the first five minutes of stimulation doesn’t mean that differences don’t exist,” she says.

This study is an incremental, but important, step in our understanding of the cause of social deficits, says Richard Davidson, director of the Waisman Laboratory for Functional Brain Imaging and Behavior at the University of Wisconsin-Madison. “The lack of habituation may be one mechanism responsible for amygdala hyperexcitability,” he says.

The study does not explain why the amygdala habituates to social stimuli in typically developing people.

One hypothesis is that neurons become fatigued when repeatedly activated by the same stimulus8. Another suggests that the brain has some perceptual expectation about what it will see9. For example, in the new study, the typical brain could have been predicting that it would see another neutral face.

Although scientists don’t yet know why the typical brain habituates, this study suggests that the autistic amygdala’s inability to adapt to faces contributes to the social deficits associated with the disorder: participants with the most severe social impairments have the lowest levels of habituation, the study found.

That correlation seems to validate a 2007 behavioral study by psychologist Liz Pellicano that found that children with autism who have the highest degree of impairment also have the weakest ability to adapt to faces10.

Davidson notes that the most striking feature of research focused on the amygdala and social abnormalities is the variability within the autism group in terms of both behavior and amygdala activity.

“Heterogeneity is the rule rather than the exception, which will be extremely important to efforts to parse that variation into categories specific enough to potentially identify underlying genetic causes,” Davidson says. “Imaging can play a very important role as the interface between behavior and genetics.”

Davidson’s work has shown important interactions between the amygdala and other brain regions, such as the prefrontal cortex, required for moderating social behavior, and the superior temporal area, linked to the forming of memories.

“Differences in amygdala connectivity may explain these findings of a lack of habituation,” he says, adding that an obvious next step for future imaging studies would be to investigate how the amygdala is connected to broader neural circuits.