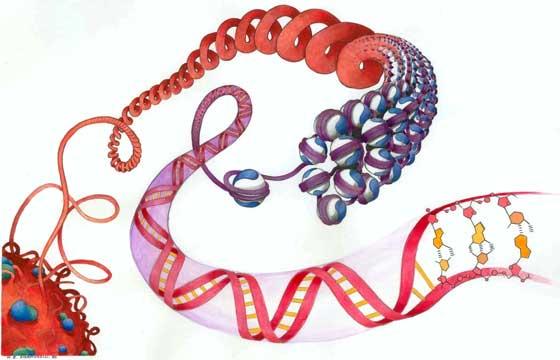 Beyond genes: Epigenetic modifications may help explain learning and memory deficits in disorders such as schizophrenia and autism.

Epigenetics refers to modifications of the DNA sequence, such as the addition of a methyl group, that can alter gene expression without changing the sequence. Environmental factors such as stress or diet can trigger DNA methylation, making a gene either more or less likely to be expressed. These changes, even when triggered in childhood, can last into adulthood.

Epigenetic effects on one gene in particular ― brain-derived neurotrophic factor or BDNF ― have been linked to the etiology of psychiatric disorders by altering the formation of new synapses.

Epigenetic regulation of BDNF may help explain learning and memory deficits across several neuro-developmental disorders such as schizophrenia and autism-related disorders, reported Farah Lubin, an assistant professor of neurobiology at the University of Alabama in Birmingham.

“We find thereʼs active DNA methylation across the BDNF gene,” Lubin said. “When we block these DNA-methylating enzymes we can change the pattern of gene expression and memory.”

Cell culture studies show that neuronal activity triggers activation of BDNF, which in turn accentuates the transmission of chemical signals between neurons. Mice lacking this gene have deficits in signaling and sprout fewer synapses.

Learning exactly how BDNF and other genes are influenced by epigenetics will be the next step toward developing therapies, said Li-Huei Tsai, professor of neuroscience at the Picower Institute for Learning and Memory at Massachusetts Institute of Technology.