Your questions about the Lancet Commission and ‘profound autism,’ answered Catherine Lord
Distinguished professor of psychiatry and education, University of California, Los Angeles
Sign up for Spectrum’s newsletters
Thanks for subscribing! 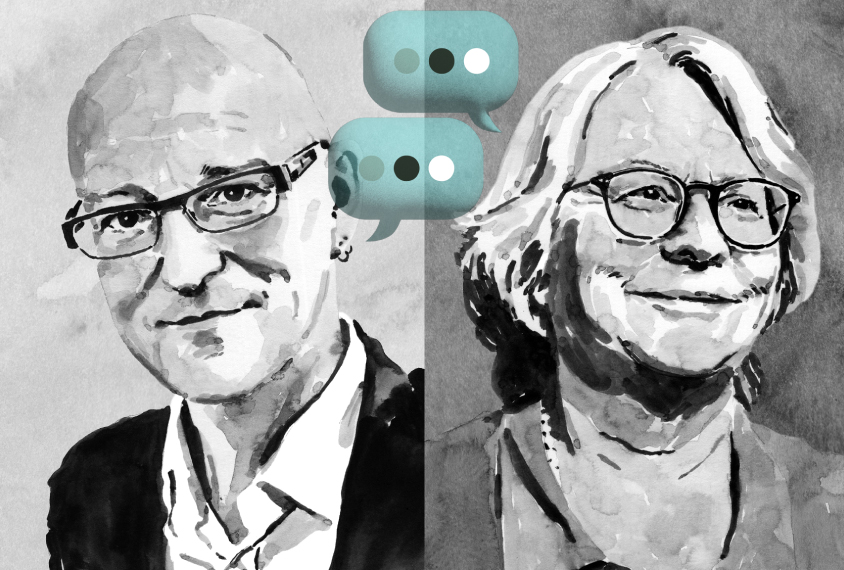 Last month, Spectrum hosted a webinar with autism researchers Tony Charman and Catherine Lord, who co-chaired the Lancet Commission’s set of recommendations for the autism field.

Conversations around the commission continue; yesterday, the European Council of Autistic People published an open letter responding to the report. The letter included a call for researchers to focus on concepts developed by autistic scholars and described the newly introduced term ‘profound autism’ as “highly problematic.”

Because Charman and Lord’s discussion prompted more questions than could be answered during the hour-long webinar, Spectrum asked them to respond to major queries in written form.

Webinar attendees asked the following questions, which have been lightly edited for clarity; some are composites of similar questions from multiple attendees.

Given that researchers have long acknowledged the heterogeneity of autism, why are the sample sizes in many studies still so small?

Tony Charman and Catherine Lord: We agree that sample sizes vary widely across studies, but we are limited by budgets set by funding agencies. Some studies — for example, longitudinal studies — are resource-intensive because of the need to see participants in person over multiple assessments and, at the beginning, to comprehensively evaluate participants in order to describe the heterogeneity. Although sample sizes in autism research historically were small, they have increased dramatically in the past 20 years, with many research groups and consortia now collaborating to achieve sample sizes in the hundreds and sometimes thousands.

Did you consider using a community-based participatory research approach to this project?

TC and CL: Community-based participatory research is important, but it isn’t what this particular project was intended to be. The goal of this project was to bring together cutting-edge clinical researchers who would work together to identify goals for the future. In addition, there were self-advocates and parents and clinicians who were members of the panel, but the focus was not primarily to get information from life experience. That would be a different project, though equally important.

Is there any research on how the death of a parent affects an autistic person and what their care should look like at that point? Did the commission discuss this at all?

TC and CL: As far as we know, there is no systematic research about how the death of a parent affects an autistic individual, but we might be wrong. This was discussed by our panel only in the sense that it is something we need to know more about. We need to know about more about autism across the lifespan, including the impacts of the death of parents and family members, and autistic individuals’ own failing health as they age.

Could you expand on the idea that more research on supports and interventions needs to include the adult population?

TC and CL: For years, there was a very deliberate decision — which still may be true for some funding agencies — to focus on the early years and early intervention. The idea was that if difficulties could be addressed earlier, the biggest changes might occur. However, we think we are now much more aware that although the needs of autistic people change from early childhood to adulthood, services and supports for adults are just as important as those for young children, and we highlight the need for researchers and funding agencies to address these issues.

Does the commission recommend or support research to help parents make decisions about treatments and tools, particularly those that aren’t evidence-based, such as facilitated communication?

TC and CL: The evidence base for facilitated communication — that generally it does not work — is one of the strongest evidence bases in our field, though proponents continue to argue in support of it. However, your question raises exactly what our commission wants people to think about, which is: How do we ensure that we have better information to help parents make decisions about different treatments — coming back to the questions of what works for whom, when, at what intensity? We do not know much about who will benefit most or least from a specific treatment but might benefit from something else.

What do you think of the criticisms that the ‘profound autism’ category could be harmful? How did you consider this when writing the report?

TC and CL: We did consider this in our discussions. We want to be clear that this is not a mandatory label. No one has to use it. Our goal was to provide a term that could be used, if appropriate, to describe children or adults who need intensive support throughout their lives. The intended aim was to highlight the needs of this vulnerable and underserved group of autistic individuals.

Is there a word for autistic people who aren’t in the ‘profound’ category?

Your data showed proportionally more girls and women than boys and men in the ‘profound’ category. Why might that be? How reliable are those data?

TC and CL: The numbers of females in our different datasets are small, so the data are just suggestive, not conclusive. It has been suggested, though not all people agree, that there is a protective effect for females such that it takes more things developing differently in a female to result in autism than it does in males — and these developmental issues might also be more likely to cause significant intellectual disability. However, this is clearly not always the case.

How might researchers include more profoundly autistic participants in their studies?

TC and CL: We need measures and research strategies that don’t require either holding still (such as in many imaging studies), being able to make sophisticated inferences (such as in many ‘social’ studies that use visual and verbal images) or having much receptive or expressive language. Some researchers are working on this — but it requires more time, more skilled staff and more money to carry out than studying people who can talk, hold still and “play games,” such as determining what someone else is thinking by looking at a picture or hearing a story.