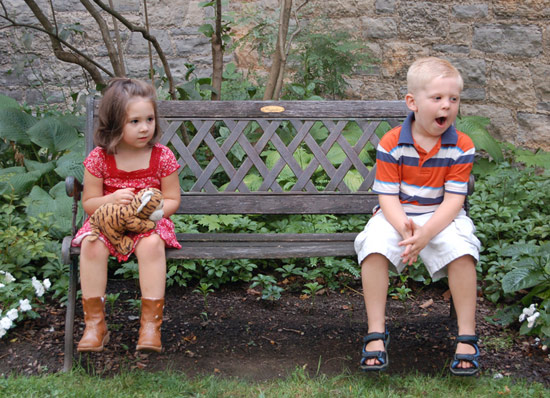 My mother says I yawn too often. So I am thrilled to learn that yawning too much may be a sign of an exquisitely tuned sensitivity to the inner states of other people, rather than a result of sleepiness or boredom — or so suggests a study in the September/October issue of Child Development.

Fetuses yawn spontaneously in the womb but research has shown that ‘contagious’ yawning — when a child yawns after seeing someone else yawn first — appears much later, around age 5. People yawn not just when they are tired, but also to unconsciously mimic the behavior of others, which may help create and sustain social bonds, say researchers.

In the new study, investigators studied contagious yawning in 123 normally developing children and 30 children with autism aged 1 through 6 years. Children spent 12 minutes alone with an experimenter who read them a story and yawned four times during the session. Typically developing children under age 4 were significantly less likely than older children to yawn in response — just one 2 year old, and a couple of 3 year olds yawned after the experimenter. Among children who were 4 or older, 35 percent yawned within 90 seconds after the experimenter; at age 6, 40 percent of the children were repeating the behavior.

By contrast, when the researchers carried out the same experiment with children who have autism, not a single one yawned in response to the experimenter. Interestingly, about half of children diagnosed with a milder form of the condition, pervasive developmental disorder, did show evidence of contagious yawning.

These results suggest that contagious yawning is a form of social mimicry that is compromised in children with autism, the researchers say. Brain imaging studies have shown that watching videos of people yawning activates the superior temporal sulcus, a brain region involved in perception of biological movement, particularly of eye and mouth movements.

Given the well-known anomalies in the way people with autism perceive biological motion, the results of the new study are worth more than a yawn.