Where will the focus on SHANK genes lead?

Last week, geneticists Michael Ehlers and Meera Modi laid out compelling evidence for the SHANK3 gene’s role in autism risk, in a Viewpoint for SFARI.org. Along with its family members (SHANK1 and SHANK2), SHANK3 is considered one of the most promising candidate genes for autism risk.

The authors argue that, as a major player in brain function and home to several risk variants, SHANK3 may be key to understanding the origins of the disorder at the levels of the synapse, or neuronal junction, the brain circuits and brain development in general.

We asked other geneticists to give us their perspectives and identify next steps, as part of our new discussion series, Cross Talk. 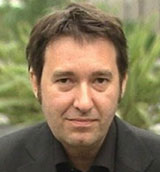 Wide prevalence: “We have a paper in review that addresses some of the points raised by the authors: the prevalence of SHANK mutations and the genotype-phenotype relationship. I can say that it might turn out that the SHANK3 mutations account for a relatively large number of patients with autism spectrum disorders and intellectual disability, more than 1 percent. There is more evidence to come!”

Rare variants: “To my knowledge, there is no patient with Asperger syndrome carrying a deleterious SHANK3 mutation. The authors may be referring to evidence of an inherited SHANK3 mutation. If this is the case, we have to be cautious with these inherited mutations, which could be only rare variants without a functional effect.”

Piecing together the evidence: “There are two other recent Nature papers worth considering. One is from Ricardo Dolmetsch’s lab, on the SHANK3 neurons derived from human induced pluripotent stem cells that are ‘cured’ by IGF1. The second paper is from Huda Zoghbi’s lab, on the duplication of SHANK3 in people with hyperactivity and bipolar disorder — a lot of nice work on the mouse with overexpression of SHANK3.” 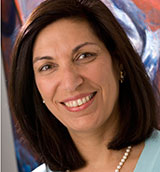 Professor of Molecular and Human Genetics, Director of the Jan and Dan Duncan Neurological Research Institute, Baylor College of Medicine

Signaling imbalance: “I do agree that SHANK3 is a key entry molecule for both autism and intellectual disabilities. I have reached that same conclusion after our lab developed an ‘autism interactome’ and discovered the key and central role SHANK3 occupies in that network. The prediction of Ehlers and Modi that addition or deletion of SHANK3 is likely to perturb E/I [excitatory/inhibitory] balance is also right on. We have recently discovered that overexpression of SHANK3 causes attention deficit hyperactivity disorder and mania-like features in both mice and humans, and that indeed this is in part due to perturbation of E/I balance.”

Follow the path: “The path forward for research is quite exciting. One can now focus on understanding the role of SHANK3 in specific cells, on how it is regulated, and the functional significance of some of its interactions.” 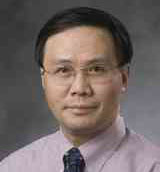 The best bet: “The considerable clinical and molecular heterogeneity observed in autism spectrum disorders poses a significant challenge to develop a strategy for treatment. An important question in the field is whether there is a shared common neural mechanism at synaptic or circuit levels among ‘autisms’ caused by different molecular defects.

The case of a SHANK family gene causing autism offers the best opportunity we have now to determine whether there is a shared mechanism among SHANK1, SHANK2 and SHANK3 in causing autism.”

Step two: “Determine whether the deficiency of SHANK family genes results in a change of a common synaptic protein complex. The identification of a common scaffold disrupted in SHANK1-, SHANK2-, and SHANK3-deficient neurons or synapses will certainly shed light on a shared mechanism.”

Step three: “Using the brain network instead of a synapse-specific approach. Due to the molecular complexity of SHANK family genes as observed in SHANK3, it is almost certain that the function of SHANK3 in different synapses will be different. The analytic paradigm currently used in autism mouse models mostly focuses on a certain type of synapse in a particular region. The finding from studying one type of synapse may not be generalized and used for developing interventions. Alternatively, one could argue that a novel analytic paradigm that could analyze the network activity in many brain regions simultaneously would be an ideal approach.”

Cross Talk is a periodic discussion series that invites a diversity of reactions from the research community to new findings and hot topics in the field. Suggest future discussion topics here.