What’s the best route to a brain map? 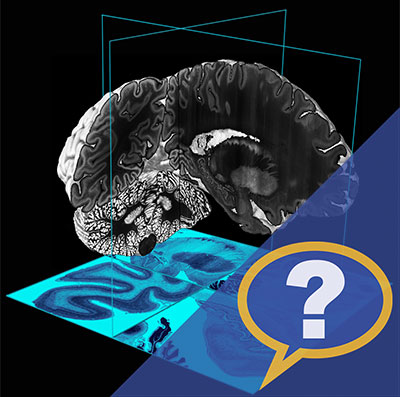 After ten years of painstakingly cutting and digitally stitching together thousands of slices of tissue, a team of researchers has created the most detailed three-dimensional (3D) rendering of the brain yet.

The new map, known as the BigBrain atlas, reveals a detailed anatomical view of the brain almost to the cellular level, boasting 50 times the resolution of previous 3D models. The model is the first to show connections between groups of neurons, where many researchers believe the dysfunction driving autism may arise.

However, its utility for studying a heterogeneous disorder such as autism is limited. The map comes from a single healthy brain, that of a 65-year-old woman with no apparent neurological diseases.

With the first iteration completed, however, some researchers, such as John Mazziotta, director of the University of California, Los Angeles Brain Mapping Center, say that they expect the building of BigBrain maps to become more efficient over time. If so, the process could be used to look at the brains of large groups of people with disorders such as autism on a molecular level.

But as Ricardo Dolmetsch points out in our article, such a resource-dependent approach may not be the best way forward to capture autism’s heterogeneity.

The BigBrain team is not the only venture of its kind. The many big-science projects dedicated to such goals — from the Human Connectome Project to Europe’s billion-euro Human Brain Project — also aim to create detailed maps of the brain and its connections.

The ultimate usefulness of such maps may lie in how you slice them. Or don’t slice them.

For instance, another new technique for generating precise neuronal detail revealed earlier this year, called CLARITY, renders brain tissue transparent, eliminating the need to cut the brain at all. But so far it can only be applied to an area about the size of a mouse brain.

Others hope to work around the challenge of mapping the brain’s 100 billion neuronsand trillions of connections bycrowdsourcing the required resources.