What singing aloud reveals about autism 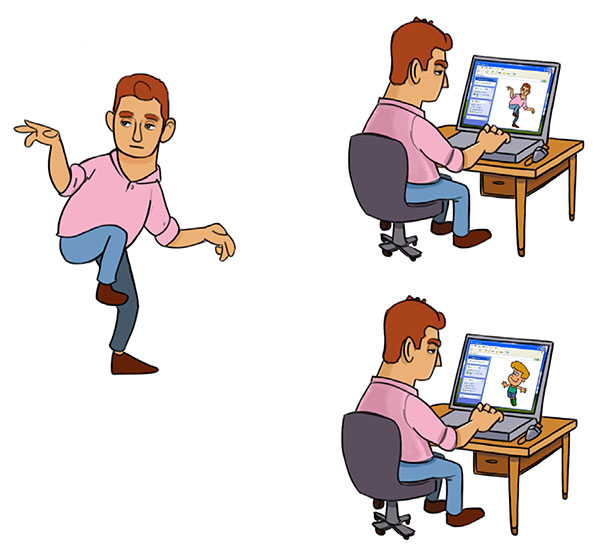 Dance party: People feel different levels of embarrassment when they’re dancing, watching themselves dance or watching someone else dance.

When Kanye West grabs the microphone unannounced at a music awards show, most of us reflexively cringe with embarrassment. As uncomfortable as it might feel, this pang of vicarious humiliation is actually a form of empathy — the ability to share the thoughts and feelings of another person. And according to a new study, it can teach us something about autism.

People with autism are often said to struggle with empathy. But this difficulty doesn’t necessarily mean they’re impervious to other people’s emotions. Rather, they may have trouble matching their own feelings to those of others, suggests a study published 2 March in Autism Research.

The unease within the autism group remained high even if the performer herself felt only mildly embarrassed. This result indicates that so-called ‘empathic embarrassment accuracy’ is poor among people with autism. Aligning of emotions is an important aspect of empathy.

This emotional disconnect among those with autism may reflect difficulties with emotion regulation — the ability to monitor, evaluate and adjust emotional reactions — the researchers say. That is, people with autism may become overwhelmed by their own internal experience of embarrassment in a way that prevents them from accurately matching their emotion with others’ emotions.

These insights could lead to interventions that help people with autism manage their emotions and, as a result, cope better in social situations.

The idea that people with autism don’t connect to others because they’re overwhelmed with emotion is contrary to what is usually said about them — that they just don’t feel enough emotion or perceive others’ emotions. Clearly, understanding what’s really going on with them requires a little more empathy.