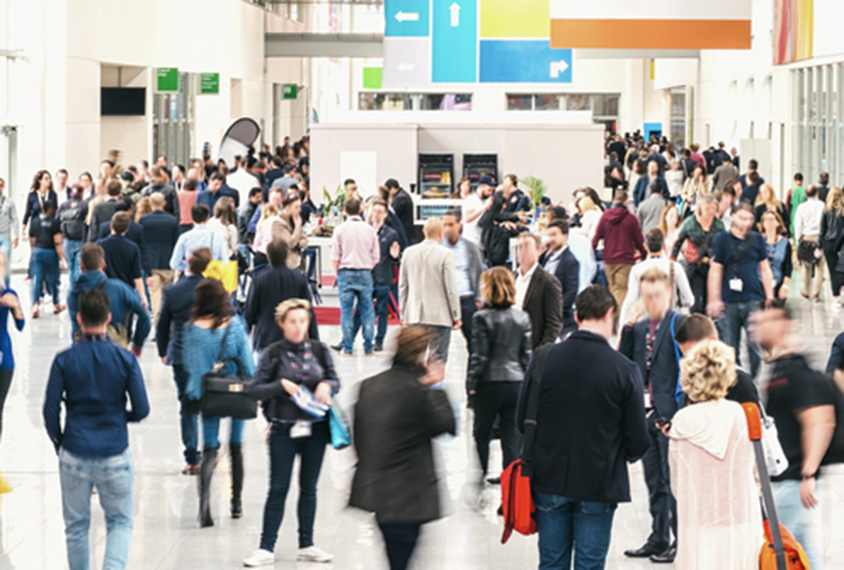 This article is republished from Undark magazine and comments on a Spectrum article published on 29 April. We also published a follow-up piece on the conference, which this article does not mention.

The International Society for Autism Research conference, or INSAR, is the largest autism research conference in the world. Each year, it attracts thousands of researchers from dozens of different disciplines — neuroscience, genetics, immunology, pediatrics — to share their work with one another. It regularly draws some of the biggest names in the field.

But historically, the INSAR conference hasn’t exactly rolled out the red carpet for the people its research is intended to benefit. I’ve attended multiple INSAR meetings, both because I’m a journalist interested in reporting on the latest research and because I’m an autistic person interested in learning ways to improve my daily life. The experience of being surrounded by thousands of researchers — many of whom had never met anyone like me except as a study participant, and some of whom had never met anyone like me at all — was at times surreal. Being autistic at INSAR is like attending an exquisite, days-long feast in which you are the main course.

The tension between the conference’s scientific and autistic communities has occasionally been fodder for sensationalist media coverage. But increasingly, I’m finding that the media narrative doesn’t match reality. This year, I attended my third INSAR conference, in Montreal, Canada, and I couldn’t help but notice the increased presence of autistic attendees, both in the audiences and at the lecterns. At a conference where autistic people have traditionally been greeted at best with confusion and at worst with hostility, I’m cautiously optimistic that we are finally carving out a place for ourselves in the autism research community — not merely as subjects of research but as partners in its pursuit.

To be fair, the perception of discord between autism researchers and autistic adults is based on more than a few grains of truth. The autism research community has a troubling history of dehumanizing the people it purports to serve. Outgoing INSAR president Simon Baron-Cohen has long asserted that autistic people experience something called mind-blindness: We are allegedly incapable of genuine empathy, imagination and self-reflection. He attributes this blindness to a lack of function in mirror neurons, the neurons that help people map the movements and emotions of others onto their own bodies. In 2001, Baron-Cohen wrote, “A theory of mind remains one of the quintessential abilities that makes us human.” He went on to cite a study in which a small sample of autistic children appeared to lack theory of mind. The inescapable implication was that they lacked humanity.

Other researchers have been more direct in their dehumanization of autistic people. Steven Pinker, a giant in linguistics and cognitive science, wrote of autistic people, “together, with robots and chimpanzees, people with autism remind us that cultural learning is possible only because neurologically normal people have innate equipment to accomplish it.”

Ivar Lovaas, the father of applied behavior analysis, one of the most commonly used therapies for autism, said of autistic children, “you have a person in the physical sense — they have hair, a nose and a mouth — but they are not people in the psychological sense.” He applied electric shocks, pinches and slaps to autistic children in order to, in his view, make us into real human people.

The discord between autism researchers and autistic adults has been painted by some as a debate over neurodiversity. Coined by the Australian sociologist Judy Singer in the early 1990s, neurodiversity has as its central tenet the idea that neurological variation is normal and natural, and that characterizing neurological differences as illness — without considering how autistic people think about ourselves and our lives — is a mistake. The idea has evolved into a civil rights movement by and for autistic people. An offshoot of the disability rights movement, it asserts that people with cognitive differences such as autism deserve full human rights and inclusion in normal society.

To some scientists, however, the view of autism as a neurodiversity issue seems to run counter to a fundamental premise of much autism research: that autism is something to be treated or cured.

The tension between those two views lingered over me like a cloud when I attended my first INSAR conference in 2017. It was a lonely affair. I saw a handful of autistic people I knew from social media — some researchers, some fellow writers — but in every session the assumption seemed to be that people like me couldn’t engage in scientific research as anything other than test subjects. I felt invisible.

My life preserver during that first INSAR experience was a woman named Carol Greenberg. Greenberg is a short, no-nonsense Jewish mother from Brooklyn who wears her hair in a sharp gray bob. She used to edit Star Trek novels, but these days she focuses on local political activism and serves as an editor for the site Thinking Person’s Guide to Autism, which is, in my opinion, one of the best resources available for parents of autistic children. Greenberg’s son is autistic and has an intellectual disability, and Greenberg herself is on the spectrum.

Greenberg had been attending INSAR conferences since 2012 — before I’d received my autism diagnosis and before I had even considered the possibility that I might be autistic. She, too, described feeling lonely at her first conference: “I felt like there were maybe one or two other autistics there. And so we’d go to presentation after presentation after presentation, and each one was worse than the one before … all scientists talking about us without us.”

But for Greenberg, even the 2017 conference was an improvement. “It’s much better than it used to be,” she told me, delighting in how much of the content focused on mental health and other topics of everyday relevance to our lives.

At the 2018 INSAR conference in the Netherlands, I still couldn’t escape the feeling of being an outsider — and, in that regard, I wasn’t alone. Though the organizers had been working to make it easier for members of the autism community to attend, the registration cost was still out of reach for many people. I noted several accessibility problems and a lack of commitment to inclusion, and my request that the conference hire an accessibility coordinator or consultant went unmet.

The issues of accessibility and inclusion took center stage in the run up to the 2019 INSAR conference, held earlier this year in Montreal. There was even an article in Spectrum, an autism research news magazine funded by the Simons Foundation, that played up the discord between scientists and autistic attendees who had been pressing for firmer commitments to inclusion. [Spectrum editor’s note: Spectrum is indeed funded by the Simons Foundation but is editorially independent.] “Tensions ride high,” the headline proclaimed.

But as one of the conference’s estimated 2,500 attendees, I found that the Spectrum article didn’t reflect my experience at all. I spoke with dozens of researchers across dozens of disciplines at the Montreal conference, and although I felt that some people were a little uncomfortable engaging with me, I didn’t feel antipathy. I felt like I belonged.

But I also picked up on something I hadn’t noticed before: Autistic attendees were milling about everywhere at the conference, even if most people didn’t recognize them.

“[We] don’t mention it on our posters. There’s not ‘Hi, I’m autistic!’ written on it,” says Elliot Keenan, a doctoral student in psychology who was presenting his research. Keenan was among about a half dozen young autistic researchers I met at INSAR this year, investigating everything from psychiatric comorbidity to mouse behavior.

According to John Elder Robison, a notable author and the only openly autistic board member of INSAR, 3 to 5 percent of this year’s INSAR attendees identified as being on the autism spectrum. There are likely even more autistic researchers who chose not to disclose. (One autistic researcher confided to me that he feels pressure to separate his identity from his science.)

Robison says he’s proud of the growing representation of autistic researchers at INSAR. And despite my past experiences and my healthy distrust for autism research, I see things improving too.

A motto frequently used in the neurodiversity community is, “Nothing about us without us.” At the world’s largest autism research conference, that message may finally be getting through.