What does a genetic mosaic tell us? 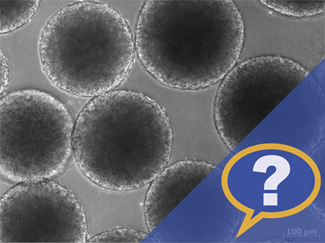 The process of deriving stem cells from fibroblasts does not introduce a lot of large mutations, according to a new analysis we covered last week.

Induced pluripotent stem, or iPS, cells are undifferentiated cells created by reprogramming adult skin cells. Because these cell lines carry the genome of the donor, they can be used to study disorders such as autism, or to screen therapies.

The new study found that at least half of the copy number variations — deletions or duplications of stretches of DNA — found in iPS cells derived from skin were present in the donor skin cells.

This finding eases some qualms about iPS cells, because it suggests the reprogramming process produces fewer mutations than had been suspected. But the fact that the skin cells themselves contain so many mutations raises a number of questions.

For example, lead investigator Flora Vaccarino says the findings suggest that iPS cells need to undergo more extensive genetic characterization. Others, however, question the wisdom of committing scarce financial resources to such an effort. We want to know what you think.