What can studying white matter reveal about autism? 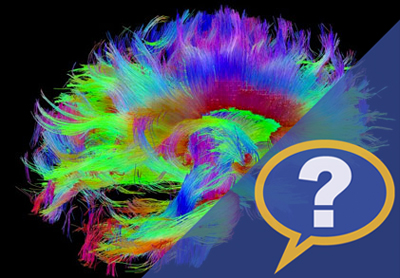 Today’s news article looks at advances in visualizing white matter, the fibrous tissue of the brain that transmits signals between neurons. Two new imaging techniques stand to reshape our understanding of how the brain’s regions communicate with one another.

The new methods are part of the Human Connectome Project, a five-year multi-institutional attempt to map the brain’s wiring. The techniques can render how the lengthy cellular fibers that make up white matter overlap with each other — an important detail that is completely unobservable with previous imaging technologies.

Scientists have long been able to observe neurons and the connections, or synapses, between them, and the focus on synapses dominates studies of neurological dysfunction. However, our window into white matter has thus far been foggy at best.

Long thought to be passive tissue that merely supports neurons, white matter has emerged as a key basis for how the brain learns and functions, by modulating the rate and strength of neuronal signals.

A widely held theory of autism maintains that disrupted long-range signaling is a unifying hallmark of the disorder. A precise picture of how different parts of the brain communicate may prove vital for reliably testing this notion.