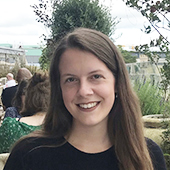 Lydia Hickman
Graduate student, University of Birmingham in the United Kingdom
Sign up for Spectrum’s newsletters
Thanks for subscribing!
The Expert:

In 2010, psychologists Joseph Henrich, Steven Heine and Ara Norenzayan famously noted that most participants in behavioral studies are ‘WEIRD’: They hail from Western, Educated, Industrialized, Rich and Democratic societies. More than a decade later, this is still a huge problem in autism research— at least if we want our findings to apply to the full range of people within the autism community.

There were several top takeaways from that meeting. Among them: Scientists need to focus on the importance of representative study samples and of engaging with a diversity of autism community members, who may have a range of traits and experiences. The meeting also generated some practical tips for engaging with communities that are underrepresented in research, and for using ‘autism consultancy groups.’

For researchers who want to boost diversity in the field, a core aim should be to improve the representativeness of participants. The autism community comprises a wide range of people in terms of demographics and traits, and our study samples should reflect this diversity. If we sample from only a specific section of the community, we do not capture the full picture, which may cause us to develop incorrect theories and beliefs about autism.

Take sex and gender, for example: if we predominantly recruit men when researching autism, we will develop a selective understanding of autism biased toward men.

At a minimum, study investigators should be open and honest about the true diversity within their samples. By reporting information such as sex, gender, ethnicity and verbal ability, and reflecting on limitations inherent within the diversity of their participant groups, investigators make it easier for other scientists to infer the generalizability of their findings.

One underrepresented group in autism research is autistic people who speak few or no words. This group makes up 25 to 35 percent of the autism community, but few studies include them.

It is not enough to simply include more non-speaking people in research studies; we must also take steps to make it possible for these people to communicate their responses. Without considering and addressing such barriers, researchers may incorrectly attribute a lack of response to behavioral or cognitive differences. We must think carefully about how to adapt current research protocols to make experimental setups accessible to everyone and enable a diverse range of people to participate.

We must also recognize the considerable heterogeneity within the autism community. Autism research will not advance by attempting to create an autistic ‘prototype,’ a model that can only fail to account for the differences among autistic people. Such labels are unhelpful for a community whose members have a broad spectrum of abilities and challenges.

And it is important that researchers not try to explain everything in one study, but instead acknowledge that not every autistic person experiences the world in the same way. Indeed, we must recognize the role that intersectionality plays in the lives of autistic people.

In recent years, a growing number of autism studies have been carried out by or in partnership with autistic people. One approach to such ‘participatory research’ involves the use of autism consultancy groups, in which members of the autism community provide feedback on the full research process, from initial ideas and methods to interpreting findings.

This shift has prompted the production of guidance for autism researchers, and there are many examples of success stories stemming from community involvement. However, there is still room for improvement: Only 37 percent of the audience at last year’s panel discussion said they had previously heard of autism research consultancy groups.

By consulting with the autism community, scientists can help to ensure that their research aligns with the community’s priorities and has the potential to have a real-world impact. It is important, however, to consider the diversity of people working on participatory research activities and to consult a variety of people. If not, the research priorities generated will be substantially less likely to reflect the those of the whole community.

Similarly, we must communicate our findings to a wide range of people, including those in the autism community who are typically underrepresented in studies. Research is often conducted in a silo separate from the community it is meant to serve. The distance is even greater for underrepresented groups with whom researchers rarely engage. Greater impact will come from successfully communicating research findings to the entire community.

Increasing diversity within participant and consultancy groups has to be an active process, one in which scientists engage with underrepresented parts of the community and develop a relationship based on mutual trust. Scientists need to communicate with community groups and leaders, put on events and actively listen to concerns.

As one of our panel discussants put it: “The media say that ethnic communities are hard to reach, but they’re only hard to reach if you’re not looking for us.”

Simply reaching out to such communities is not enough, however. Scientists must also consider the barriers to participation and acknowledge that not everyone has the same opportunities to engage. For example, some people are not able to commit the necessary time to participate in a research project because of work or childcare commitments. Others may struggle with an activity’s format — for instance if it demands high levels of language ability.

Attempts to remove these barriers will improve the success rate of outreach efforts. It is essential to cover expenses, such as travel costs, that may come with involvement in a study or participation activities, for instance. And to ensure that participants’ work is appropriately recognized, remuneration for their time is also essential.

Finally, a wider range of people can participate if researchers are flexible about ways to contribute to an activity. For example, it can help to give people options for how to communicate their opinions, through group discussions, one-on-one interviews, written feedback or the use of drawings or symbols. It takes open communication between researchers and the community to identify barriers to participation, and potential solutions.

As researchers, we must work in partnership with the autism community and ensure that our study samples reflect the community’s diversity and its priorities. This can help us advance research to be more relevant to and beneficial for autistic people.

Lydia Hickman is a graduate student in Jennifer Cook’s lab at the University of Birmingham in the United Kingdom, and co-founder of the U21 Autism Research Network.