Traits of other conditions may spur autism 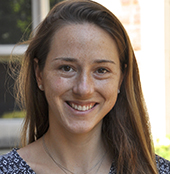 Zoë Hawks
Graduate student, Washington University in St. Louis
Sign up for Spectrum's newsletters
Thanks for subscribing!
The Experts:

Most school-age children with autism have at least one other psychiatric condition, such as attention deficit hyperactivity disorder (ADHD), anxiety or depression. Similarly, traits of autism and of other conditions that do not qualify for a diagnosis often co-occur in the general population. What explains these overlaps?

One possibility is that the co-occurring traits arise from sets of gene variants common to both conditions. Our work suggests, however, that the truth is more complicated.

In this view, there are separate sets of gene variants for autism and conditions that accompany it. When both are present in an individual, traits of the other condition may intensify the risk for autism in early childhood. In this way, genes for traits of accompanying conditions may contribute to autism in some individuals.

This hypothesis suggests that early developmental features caused by distinct sets of genetic variants can affect one another during development. It also suggests that treatment of an early comorbidity might mitigate risk for autism. And it may explain why family studies of autism often infer more genetic overlap than is apparent from lists of genes.

Our new study explored the comorbidity question by investigating whether traits related to autism and other psychiatric conditions overlap in infancy (before autism is diagnosed) to the same degree as they do in older children3. If the traits have the same genetic causes, we reasoned, the overlap should be apparent from the start.

Using well-established parent-report questionnaires, we measured traits related to autism and to other psychiatric conditions in 314 18-month-old twins from the general population. We reevaluated 222 of the twins at age 36 months. We determined the extent to which the traits co-occur and are under genetic control at 18 months, and how the relationships among traits change between 18 and 36 months.

In contrast to findings in older children, we saw little to no overlap in traits of autism and other psychiatric conditions at 18 months. The overlap was greater, albeit still low, at 36 months. From properties of our twin sample, we were able to distinguish genetic from environmental influences on development. Our results indicated that genetic factors strongly influence autism-related traits at 18 months, whereas environmental factors strongly influence precursor traits of other psychiatric conditions at that age.

These patterns suggest that the frequent overlap between autism and other psychiatric conditions in school-age children may arise from interacting influences that, over early childhood, amplify the severity of (initially) independent liabilities. For instance, mild distractibility arising from gene variants related to ADHD might exacerbate mild social withdrawal stemming from autism variants.

Another example involves deletion of a region of chromosome 16 called 16p11.2. This mutation compromises development in nonspecific ways. But when it is combined with genetic factors that relate to subtle autism traits or below-average intelligence in parents, the risk for autism or intellectual disability increases significantly4.

If confirmed, the interactive process we have described would help to explain disparities in studies that estimate the degree of genetic overlap between autism and other psychiatric syndromes. These studies may measure the degree to which behavioral traits aggregate in close relatives or, as in genome-wide association studies (GWAS), they may link specific DNA sequences with behavioral traits.

This discrepancy is expected because GWAS rarely measure comorbid traits among controls. If traits of comorbid conditions both contribute to autism and are common, but unmeasured, in people without autism, genetic variants responsible for the comorbid traits might differ only minimally between controls and those with autism, making it difficult to detect causal influences from these variants on autism.

The findings from our infant study should raise a red flag for researchers who try to identify the causes of autism by comparing gene variants or other biomarkers in people with autism and controls. If these studies fail to measure subclinical traits of autism and its comorbidities among the controls, they may well miss the causal influence of comorbid features.

From this perspective, excluding attention problems from an investigation into the biological roots of autism, for example, may be as damaging to a study’s outcome as excluding restricted interests or repetitive behaviors. We suggest that investigators assess measurable traits of autism and its common neuropsychiatric comorbidities in all participants6. Analyses of subclinical and diagnostic traits might reveal the ways in which genetic variants that are specific and nonspecific to autism jointly contribute to the condition.

The list of autism comorbidities extends beyond ADHD, anxiety and depression to epilepsy, speech delay, cognitive impairment, impairment in motor control and overgrowth of the brain. Resolving the genetic influences on autism and the conditions that accompany it may require studies that relate gene variants to a wide array of traits — traits that may conspire, from early in development, to cause the condition.

In GWAS, following this recommendation would entail mapping genetic risk onto quantitative variation in severity of autism traits (from absent to subclinical to clinical to severe) rather than onto a diagnosis. Such mapping is necessary because autism may arise from diverse combinations of susceptibilities, each with its own genetic cause. A quantitative, trait-based approach would help to clarify how these independent susceptibilities influence one another over development.

In essence, the field needs tools analogous to pediatricians’ height-weight tables to identify predictable relationships between neurodevelopmental traits. These tools could yield precise estimates of autism risk when comorbid traits are present.

To understand whether a comorbidity contributes to autism, arises from it or is merely a ‘fellow traveler,’ investigators should be able to answer a comprehensive set of questions: Is the comorbid trait heritable? Does its severity correlate with that of autism traits in people with autism? Does the degree of correlation change during development? Does severity correlate with the severity of autism traits in the general population? Is the comorbid trait overrepresented in close relatives of people with autism who do not have autism themselves? Does its presence increase the likelihood that an autism syndrome will occur in multiple family members?

For most of the common comorbidities of autism, these questions have not yet been answered.

Our observations have implications for treatment as well as research. Identifying nonspecific traits that may amplify risk for autism means that targeting those traits in the first or second year of life could lower autism risk. We can imagine, for instance, screening an infant or young child for precursors of attention problems or motor delay, delivering therapy that modifies these traits and, in so doing, improving the child’s chances of developing typically.

John Constantino is Blanch F. Ittleson Professor of Psychiatry and Pediatrics at Washington University in St. Louis. Zoë Hawks is a graduate student in his lab.