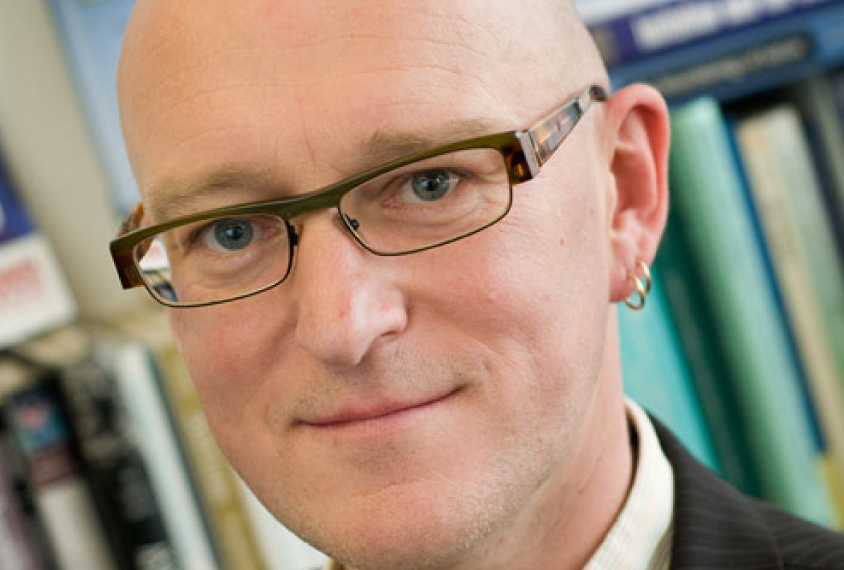 Facing forward: When Tony Charman first began studying autism in the 1980s, long-term studies of individuals with autism were rare.

The first person I encountered with autism was during my clinical training in the 1980s. She was a young woman with mild intellectual disability whose erratic behavior had led her to be in a secure psychiatric hospital setting. Getting to the root of her conduct entailed, among other things, meeting her parents and taking a full developmental history.

This allowed us to understand her adult behavior in the context of how she was as a toddler, a child and an adolescent. It became clear that for this individual, the characteristics of autism had emerged early in her development, probably in the 1960s, at a time when they were not necessarily understood.

These days, things are different, and clinicians and autism researchers are more aware of the early signs of autism and the need to take into account an individual’s developmental trajectory, which is essential for understanding the disorder.

The first major collaborative research study that I was involved in was the Checklist for Autism in Toddlers, or CHAT, population screening study1. In this study, we attempted, for the first time, to prospectively identify autism at the age of 18 months by administering a checklist and a brief assessment to 16,000 toddlers. We then followed up with a tiny proportion of these children at 20 months and again at 42 months of age.

It was a challenge to decide what to measure and what to expect in typical and possibly atypical toddlers. The experience also made me realize that to get the most out of a large study in which so many infants were being screened, we had to follow the children over time. Our team was privileged to see some of the same children for the fourth time at 16 years of age2, and this past December we secured funding to see them again as young adults.

In some ways it is obvious that long-term studies are required to understand a developmental condition such as autism. However, in 1990, when we began the CHAT study, cross-sectional studies were the norm and longitudinal studies were rare, with some exceptions3.

There are many reasons why this was the case. They range from the pragmatic — longitudinal studies are expensive, difficult to fund and are a slow way of building your curriculum vitae as a researcher — to the scientific.

The field was still getting to grips with what autism is, let alone how it develops. What has been remarkable in the 20 years since is how seriously the field has taken on the challenge of understanding autism as a developmental disorder.

There are now many examples of longitudinal studies in a number of different areas of research, ranging from diagnostic and outcome studies to studies of cognition, neuroimaging and, very soon, genetics.

In the clinical realm, studies by Catherine Lord and her colleagues have found that an autism diagnosis, in particular for idiopathic autism, is highly stable from 2 years of age to mid-childhood, about 9 years4.

Peter Szatmari and his colleagues looked at how autism symptoms changed in children of average intellectual ability with a diagnosis of autism or Asperger syndrome between 4 to 6 years of age and adolescence. They found evidence for similar trajectories in the two groups, consistent with the notion that autism and Asperger syndrome fall on the same spectrum, and differ only in their start and end-state levels of intellectual and communication abilities5.

In the area of cognitive research, Liz Pellicano has conducted some of the first studies to look at how cognitive abilities, such as theory of mind — the ability to understand the beliefs of others — and executive function, relate to each other across time6.

These studies may reveal the developmental processes that underlie these types of cognitive processing and suggest how interventions can support and facilitate their development.

In the field of neuroimaging, Joe Piven’s group has demonstrated that although amygdala volume is greater in children with autism compared with controls at both 2 and 4 years of age, there is no relative increase in volume over time7. However, early amygdala volume is associated with joint attention skills later in development, suggesting that the amygdala plays a role in later social communication development.

Over the past decade, many groups worldwide have also exploited a within-family recurrence of autism to study the ‘at-risk’ younger siblings of a child with a diagnosis of autism, starting in infancy.

These studies suggest that there are a number of identifiable differences that mark those siblings who will go on to have a diagnosis of autism. These are mostly in early social communication behaviors, such as their response to hearing their name, social smiling and affect.

However, perhaps to the surprise of the researchers who set up such studies, most differences have only emerged around the infant siblings’ first birthday and into the second year of life. Very few, if any, studies so far have found clear predictors as early as 6 months of age8.

At-risk sibling studies have provided other surprises. Sally Ozonoff and her colleagues have found that three-quarters of the high-risk group who go on to have a diagnosis of autism show a plateau or decline in early social communication skills after their first birthday, but are indistinguishable from low-risk controls at 6 months of age9.

A report by the same group, published in 2009, illustrates another unexpected finding10. With 6-month-old high-risk infants, the researchers used the classic ‘still face’ paradigm, in which a mother provokes a distress response from her child by freezing her expression during play. They used a combination of behavioral and eye-tracking measures to identify the infants’ response, which included gaze aversion, negative affect and lack of social smiling.

However, the infants’ reaction to these still faces does not predict a diagnosis of autism at 24 months of age — their looking and smiling behavior shows the usual distress response to the change in their mothers’ interactive behavior.

Many of us would have predicted that disruptions in the infant-caregiver interactive communication would identify high-risk infants who would go on to be diagnosed with autism. But to date, this has not been the case.

Along with many other clinicians and researchers whose interest has traditionally been young children with autism, I have become increasingly interested in understanding the challenges faced by adults on the autism spectrum.

In part, this is because the infants and children we saw two decades ago in research studies are now young adults. In the U.K., increased interest in autism in adulthood has been reflected in the policy field by the passage, in 2009, of the Autism Act, the first disability-specific Act of Parliament by the U.K. government, resulting in a national adult autism strategy.

So, compared with 20 years ago, autism research has embraced development. This is to be welcomed and holds much promise for better understanding a developmental condition, the outcome of which is due both to intrinsic and extrinsicfactors.

There is great focus on the challenges that a developmental approach to understanding autism brings. Three notable areas of activity in the field are understanding developmental trajectories and their influences11, developing analytic methods that allow us to model trajectories, and intervention trials to test theories about the effects of treatments12.

My hope for the coming decade is that developmental studies of autism truly come of age to offer new insights into, and hope for, individuals with autism.

Tony Charman is chair of autism education at theCentre for Research in Autism and Education, Institute of Education, London.