The perils of suggesting famous historical figures had autism 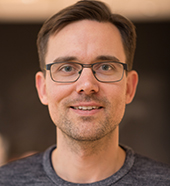 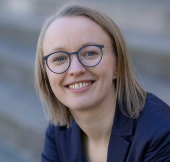 Historians and authors have given many famous figures an armchair diagnosis of autism over the years: Albert Einstein, Michelangelo and Thomas Jefferson, to name just a few.

Looking for signs of autism in historical figures and fictional characters can give us important insight into society’s changing perceptions of the condition through time. But however intellectually interesting, we urge caution before labelling such figures actually autistic.

Consider the idea that Perceval, one of the Knights of the Round Table in the King Arthur legend, was autistic — a claim levied by the literary scholar Paula Leverage1. If correct, it suggests that today’s fascination with portraying autism traits in popular culture — for example, in television shows such as “The Big Bang Theory” and novels such as “The Curious Incident of the Dog in the Night-Time” — has a near thousand-year-long history2.

But given Perceval’s anti-heroism, comical and sometimes immoral behavior, describing him as autistic could also increase the risk for misconceptions and stigmatization of actual people with the condition.

Perceval made his debut in “Le Conte du Graal” (The Story of the Grail), a rhymed verse romance written by the Old French poet Chrétien de Troyes in the late 12th century3. The tale describes Perceval’s many adventures, including his discovery of the famous grail — an ornate gold dish purported to have unusual powers and the object of fascination for numerous writers ever since the Middle Ages.

Leverage argues that Perceval “is deficient in reading minds, perhaps autistic” and that Chrétien is “exploring what we now call theory of mind,” or the ability to grasp another person’s thoughts. She singles out a number of the knight’s autism traits, such as his difficulty with social interaction. For example, during one quest the young Perceval encounters knights in a forest, who ask him whether he has seen five other knights and three maidens. Instead of answering this question, Perceval repeatedly asks what a knight is and enquires about their clothing and chivalric weapons. In other words, he fails to take part in a typical back-and-forth conversation.

The encounter inspires Perceval to become a knight. When he leaves home, his mother is struck by grief and falls to the ground “as if she had dropped dead.” But Perceval simply ignores her and rides on, something that Leverage interprets as a “lack of ability to read his mother’s gestures and her mental state.”

He then meets Gornemant of Gohort, who teaches him that “he who talks too much commits a sin.” Perceval later applies this advice literally and remains silent when he arrives at the castle and watches a procession in which the grail is carried. This decision ultimately proves disastrous, because Perceval’s speech could have healed the castle’s owner, the Fisher King.

When at one point in the narrative Perceval is asked to describe a castle, he focuses on architectural details rather than a more general description. A number of studies have found that some autistic people have a remarkable attention to detail, often at the expense of the full picture. Moreover, from the moment he encounters the knights in the forest he devotes himself entirely to becoming a knight, and his ability to quickly learn chivalric skills reflects his total dedication — something that Leverage interprets as an intense and restricted interest, characteristic of autism.

Perceval may also overreact to sensory stimuli, another core trait of autism. According to Leverage, a telling example appears during Perceval’s forest encounter: He is so impressed by the strong sound of the knights’ approach and the glittering of their armor that he believes them to be angels from heaven. What’s more, three drops of blood on the snow-covered ground remind him of his beloved’s red cheeks and white skin, making him fall into such deep contemplation that he does not react when others call for his attention. 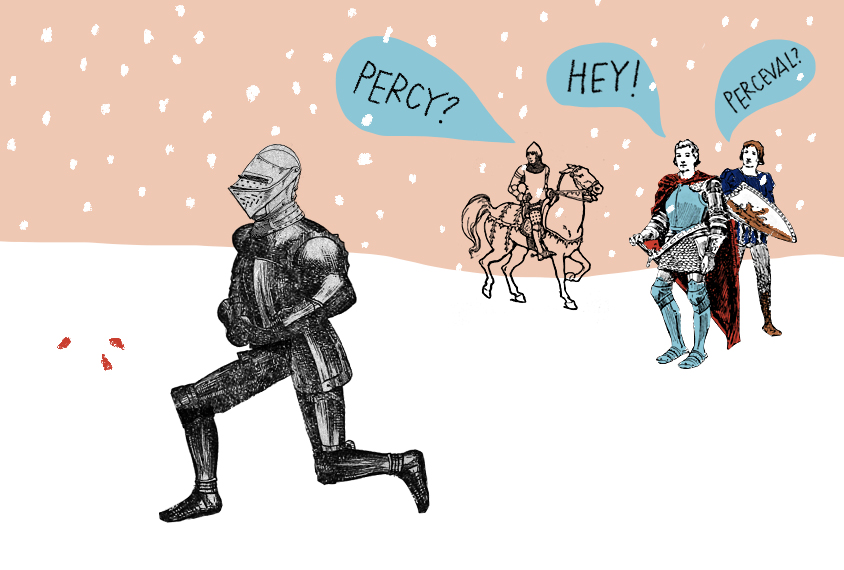 Although these behavioral and cognitive signs could be reminiscent of autism, other aspects of Perceval’s life story and behavior call for caution in rendering an autism diagnosis. Just as there is a risk of diagnosing autism too readily in real people, similar processes may apply to fictional characters4.

For example, Perceval’s mother raised him in isolation from the rest of the world in an attempt to protect him from the chivalric violence that killed his father. He might thus be compared to socially deprived children, who in extreme cases may develop autism-like traits but do not actually have autism5.

More generally, Perceval’s behavior needs to be understood within the historical context of the High Middle Ages. For example, when he does not stop at the sight of his mother falling to the ground, this may illustrate the violence of the chivalric world that Perceval is about to enter and his mother’s role as a victim of this society. And one can argue that Perceval’s behavior conforms to medieval conceptions of child development, as described by classical and medieval thinkers such as Aristotle, Augustine and Boethius, who were all central figures at the time when Chrétien wrote his tale6. Thus, rather than considering him as autistic, Perceval’s behavior may simply be seen as that of a typical child for that era.

What modern readers interpret as autistic behavior could be a literary device deployed to emphasize Perceval’s status as someone who has not mastered courtly social conventions. Perceval’s strong reaction to hearing and seeing the knights in the forest could serve to stress the difference between the uncivilized Perceval and the courtly knights, and also add a marvelous dimension to the narrative’s central figure.

In addition, Perceval’s behavior undoubtedly serves a comic function, making the story more entertaining. If we consider the chivalric romance in its historical context, developed in a courtly milieu in which it would have served to entertain and teach, then Perceval’s behavior could be understood as a means to amuse the audience and illustrate the importance of civilized behavior.

Given these alternate interpretations, it is tempting to conclude that the question of whether Perceval “had autism” is an anachronistic and unmeaningful one — although it remains possible that “Le Conte du Graal” illustrates how certain autism traits were explored in fiction long before they were known in medicine. And Chrétien may have found inspiration in certain developmental patterns observed in the real world (Leverage has raised the possibility that Chrétien modeled his hero on an autistic person he knew).

Nevertheless, the jury is still out (and will always remain there) regarding Perceval’s potential diagnosis — and attempts to formally classify him according to today’s standards probably cannot help us understand either Perceval or autism much more deeply.

Terje Falck-Ytter is professor of psychology at Uppsala University and researcher at the Center of Neurodevelopmental Disorders at Karolinska Institutet in Stockholm, Sweden. Sofia Lodén is researcher in the romance studies and classics department at Stockholm University. Both Falck-Ytter and Lodén are Pro Futura Scientia Fellows at the Swedish Collegium for Advanced Study in Uppsala, Sweden.