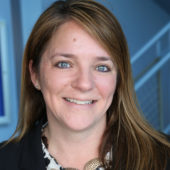 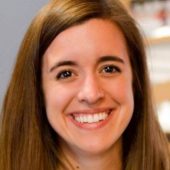 Juliann Savatt
Genetic counselor, Geisinger
Sign up for Spectrum's newsletters
Thanks for subscribing!
The Experts:

Advances in genetic testing technologies over the past few years have made it possible for clinicians to provide a genetic explanation for nearly 25 percent of all cases of autism. This is an astonishingly large increase from a little more than a decade ago, when the rate of genetic diagnosis was less than 3 percent1,2,3.

For most families, having a genetic explanation for their child’s autism is reassuring. A genetic diagnosis may free them from diagnostic uncertainty, lead to changes in their medical care and inform them of the chances that their future children would have the same condition.

However, we still have a lot to learn about the genes and genetic changes (called variants) linked to autism — both in terms of their role in the condition and what they mean for the health of the person who carries them.

As genetics professionals who care for people with autism, we use genetic testing as an integral part of clinical evaluations. We are working to create a resource of genetic and health information to better inform clinical care, and we value partnering with people who have autism and their families to increase our understanding of this condition.

Data sharing is one way people with autism and their families can help move autism research forward. It adds to the body of knowledge about genes, genetic variants and their relationship to autism. At the same time, data sharing might provide new information about a person’s genetic test results. What is more, it can connect families to others with similar genetic test results, allowing them to share medical information and support one another.

Genetic testing often has a clear impact on care. For example, a person with autism may have a deletion in a small portion of chromosome 17 called 17q12. In addition to explaining this person’s autism, this deletion can also cause a form of diabetes that typically appears in adolescence or young adulthood. A person with this deletion should therefore be referred for diabetes screening.

In other cases, however, the effect of a genetic variant is less clear. We call these ‘variants of uncertain significance.’ Even for genes known to cause autism, we do not always know how different variants in that gene affect the body.

As we learn more about particular genes and variants, test results that were once uncertain can become more definitive. In some cases, additional health information can lead to an update in the genetic testing lab’s clinical interpretation from uncertain to pathogenic.

For example, one child we tested had a variant of uncertain significance in the WDR45 gene. Variants in this gene can cause autism, developmental delay and iron buildup in the brain, leading to motor and cognitive problems. But the particular variant in this child had not been seen before, so its clinical interpretation was uncertain. Subsequent imaging of the child’s brain showed iron buildup, and so we updated the child’s variant to pathogenic; it explained the child’s autism and other clinical features.

However, clinical tests do not always reveal a variant’s significance. In these cases, people often must wait for new research. One of our main research goals is to determine the function of genes and the consequence of variants. Data from individuals who have had genetic testing are important in this process.

Some healthcare providers and laboratories add de-identified genetic and health information to databases. However, individuals with autism and their families can also choose to share their data directly.

One way to do this is through GenomeConnect. GenomeConnect is part of the Clinical Genome Resource (ClinGen), a project dedicated to understanding the relationship between genetics and health. It is open to anyone who has had genetic testing4,5. The information that participants enter is secure and de-identified, meaning that the participant’s name, birthday and other personal identifiers have been removed.

This anonymous information is then added to publicly available databases, where it can advance science. One such database, ClinVar, works with ClinGen to collect information about genetic variants and their consequences for use by healthcare providers, genetic testing labs and researchers.

Sharing this information may have clinical benefits for the participants as well. Clinicians and genetic testing laboratories need to regularly re-evaluate variants and establish a way of providing updates to participants. Not all healthcare providers do this well. Through GenomeConnect, participants can elect to receive new information about their genetic test results as it becomes available.

GenomeConnect gives families the option to receive updates directly, without a healthcare intermediary. If the GenomeConnect team learns that the status of a registry participant’s variant has been updated, they can alert the person and her family, and encourage them follow up with a healthcare provider.

Only one in three people with autism in the United States is offered clinical genetic testing. We would like to see that statistic increase, given the importance of this information for clinical care. We hope that families advocate for genetic testing and then elect to share the results.

Christa Lese Martin is associate chief scientific officer at Geisinger and professor and director of the Autism and Developmental Medicine Institute, Lewisburg, Pennsylvania. Juliann Savatt is a genetic counselor and research coordinator at the institute.