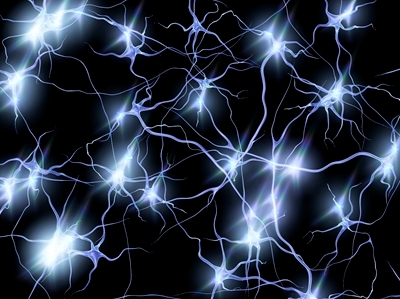 Among the multitude of genetic variants associated with risk for autism spectrum disorders, variations within the SHANK3 gene are particularly compelling. As a result, SHANK3 has emerged as one of the strongest candidate genes for autism.

SHANK3 encodes a scaffolding protein on the receiving end of synapses, the junctions between neurons. It is part of a multi-protein complex at synapses that transmit the excitatory chemical messenger glutamate. Notably, genes encoding many members of this complex — including neuroligins, neurexins and the other SHANK family members SHANK1and SHANK2 — are also autism risk genes.

Thus, SHANK3 has the potential to be a molecular entry point into understanding the synaptic, developmental and circuit origins of autism.

Genetic and genomic screens have identified many synaptic genes that are dysregulated in autism. However, the primary pathological cause of autism is still unknown and the consequences of these genetic disruptions are diverse. Even with specific gene variants in hand, there is little understanding of how synapse dysfunction arises, at which synapses, in which neurons, and at what time during brain development and maturation.

To further complicate the picture, even within single genes such as SHANK3, there is tremendous diversity in the specific genetic changes that are linked to autism. Whereas gross deletions in the gene presumably destroy its function completely, smaller mutations may alter or block the protein’s normal function.

Although the molecular pathways linked to autism risk are becoming clearer, much less is known of networks that afford protection or track with disease progression or response to behavioral therapy.

The clinical and preclinical advances in identifying and modeling SHANK3 mutations present a unique opportunity to better define what is affected in the autism brain.

Mouse models with deleted or mutated SHANK genes have helped reveal some of the functional, spatial and temporal relationships between genes and and their effects, or phenotypes1, 2. Researchers usually develop these mice to model SHANK3 mutations found in people with autism. Or they may express or delete SHANK3 in specific neuronal populations or developmental periods to understand its normal function.

A primary goal of modeling autism-linked SHANK3 mutations in the mouse is to relate specific genotypes to phenotypes. There is a great deal of variability in SHANK3 mutations identified in autism, as well as in the phenotypic expression of the disorder.

The relationship between behavioral phenotypes and genotypes has not yet revealed distinct categories, despite the hundreds of individuals with genetically well-defined SHANK3 mutations.

For example, an individual with Asperger syndrome and severe speech and cognitive impairments has been found to have a mutation that changes a single base pair within the region encoding the PDZ domain of SHANK33. This domain normally links SHANK3 to a subset of synaptic proteins.

In contrast, the same study looked at another individual with autism and severe speech and cognitive impairments. This individual has a mutation that shifts the genetic code in the HOMER-binding domain, which links SHANK3 to a different set of synaptic proteins.

It is unknown how or why differences in the type of SHANK3 mutations lead to variable symptoms. Expressing these mutations in mouse models would be a good entry point into elucidating the cellular, molecular and behavioral alterations they induce. The genotype-phenotype relationships identified in mouse models may inform relationships identified in individuals with the mutations and vice versa.

Ultimately, the hope is that we will be able to link a class of mutations, such as micro-deletions in a certain of domain of SHANK3, with a certain clinical feature, such as intellectual ability.

Researchers can also compare the effects of deleting SHANK3 at different developmental periods with those of a permanent deletion to determine the timing and reversibility of SHANK3-related phenotypes. Similar approaches have been used successfully in single-gene neurodevelopmental disorders such as Rett syndrome.

Knowing the time course of SHANK3-related pathophysiology, and at what point it is possible to reverse the effects of the mutation, will ultimately help shape the timing of therapeutic intervention.

Cell-type-specific addition or ablation of SHANK3 would also allow researchers to investigate its role in maintaining the excitatory-inhibitory (E/I) balance within specific neuronal circuits.

E/I balance — which describes the relationship between signals that activate neurons and those that inhibit them — is a common and rather simplistic theory for what might underlie circuit disruptions in autism.

Synaptic dysfunction may give rise to either enhanced excitatory or inhibitory signaling based on the cell types affected. For example, SHANK3 mutations in neurons that release the chemical messenger gamma-aminobutyric acid may affect the amygdala, a brain region that regulates emotion, fear and anxiety. SHANK mutations may also lead to anxiety by decreasing the excitability of another subset of neurons in the nucleus accumbens, which influences motivated behavior.

The behavioral and molecular alterations resulting from altering SHANK3 in specific cell types could help identify certain brain changes that track with symptoms. In principle, researchers could then use these measured brain changes to determine the direction in which E/I balance should be shifted by treatments in certain individuals.

In mouse models, cell-specific genetic manipulation can be used to identify the detrimental effects of a SHANK3mutation in specific brain areas and neuron types. SHANK3 serves several functional roles, including structural support for the growth and maturation of dendritic spines — microscopic signal-receiving structures on neurons. It also associates with signaling pathways inside the cell and anchors glutamate receptors at the synapse.

It is likely that many of these functions are disrupted in autism. Given the genetic evidence for a causal role of SHANK3mutations in autism, it is tempting to speculate that treatments for autism should target pathways influenced by SHANK3.

For example, if changes in the composition of glutamate receptors are reproducibly altered in the absence of SHANK3, this may provide an entry point for new therapeutics. There is also a pressing need to perform thorough clinical characterization of people with specific SHANKmutations.

Beyond the SHANKgenes, it will be interesting to identify genes that either exacerbate or protect from autism associated with SHANK3 mutations. We are still quite far from understanding how mutations in the SHANK gene family lead to risk for autism. However, the ongoing convergence of genetics and synapse biology hold promise for uncovering conserved features of this complex disease.