Charles A. Nelson
Research director, Boston Children’s Hospital
Sign up for Spectrum's newsletters
Thanks for subscribing!
The Expert:

We are all familiar with the heartbreaking images of children being separated from their parents at the United States-Mexico border and then placed in so-called ‘tender age’ centers.

There is nothing tender about this situation: In fact, there is little that is more traumatic to young children than to be separated from their parents and placed in institution-like settings.

The placement centers in Texas remind me a great deal of the institutions in Romania that my colleagues and I have studied for nearly 18 years.

The lessons we learned then taught us that housing children in institution-like settings, with rotating shifts of caregivers and unfavorable ratios of caregivers to children, may cause severe and permanent damage to their minds and bodies.

In our Bucharest Early Intervention Project, which we launched in 2000, we began by studying 136 young infants who had been abandoned by their parents and placed in state-run institutions.

After a baseline assessment, half of these children were placed in high-quality foster care that our team created, monitored and financed (there was no foster care in Bucharest when we started our project), and the other half remained in institutional care; we also recruited a sample of 72 children who had never been institutionalized.

This randomized controlled trial design, coupled with our long-term follow-up of these children, uniquely positioned us to draw causal inferences about the effects of early parent-child separation and subsequent psychosocial neglect on the children’s health, and the extent to which recovery is possible.

We followed the children through age 16, and our findings are both sobering and consistent: The children who were assigned to remain in institutional care have markedly lower intelligence quotients (generally in the upper 60s to low 70s); a high prevalence of mental-health problems, particularly attention deficit hyperactivity disorder; a decrease in the brain’s electrical activity and in its gray and white matter — the mass of neurons and the connections between them; and problems with executive function, the set of skills that includes planning and organization.

By contrast, the children removed from institutional care and placed into our high-quality foster care recovered (although not always completely) in most domains, and those who entered foster care before 2 years of age evinced the greatest recovery. 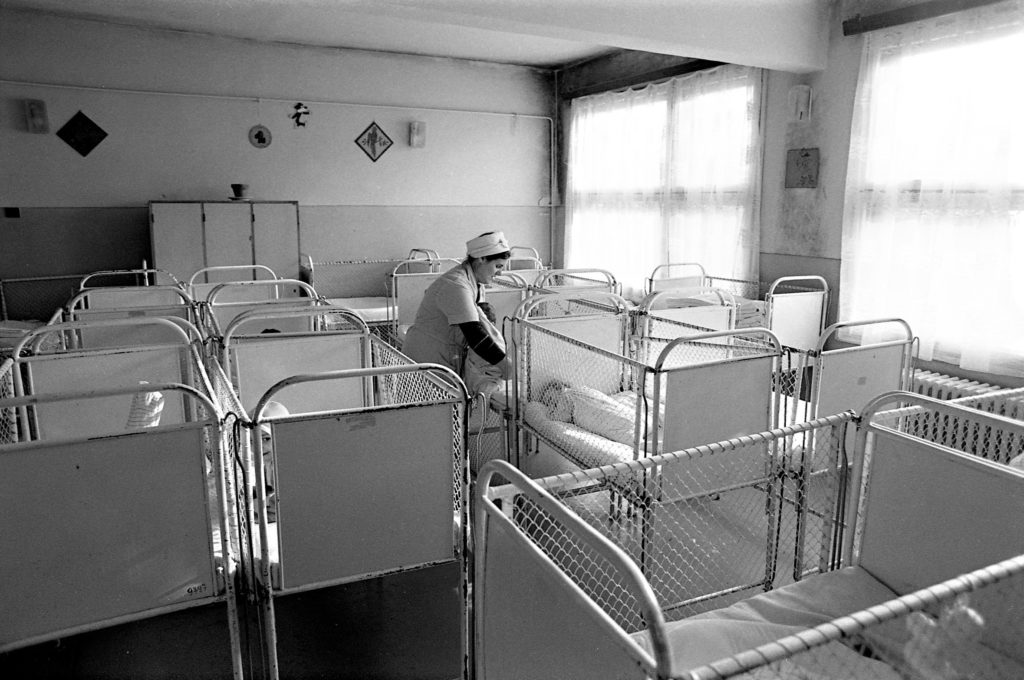 History lesson: Like children in Romanian orphanages (left), those being separated from their families in the United States (above) may never recover from the trauma.

There are clearly lessons to be learned from our work in Romania that may portend the fate of the children being held at the U.S. border. Both groups of children, after all, have experienced separation from family and subsequent housing in congregate-care settings.

A more difficult question is how much recovery we might expect for these children. Here my answer is nuanced, for a number of reasons.

First, we must consider the developmental histories of these children. For example, if the country they left behind was rife with violence and adversity, these children may be particularly susceptible to the negative effects of separation.

Similarly, many of these children had arduous journeys to the border and may have experienced unimaginable hardship along the way; this, too, will increase their vulnerability to mental and physical health problems.

Third, we know little about the nature of these placements, although some government officials have been quite flip in describing them. For example, President Trump’s chief of staff John Kelly was quoted as saying that these children “will be taken care of — put into foster care or whatever.” The “whatever” comment is most disturbing, given the scenes of detention-camp-like settings or residential-care-like settings visible in the news.

Fourth, how long these children remain in such settings will prove influential in the severity of the long-term impact. Finally, whether mental and physical health services are provided to these children while they are in detention will play an important role in their subsequent recovery.

The lessons we have learned from Romania have important implications for understanding how separating children from their parents at the U.S. border will play out in the long term. Separations are antithetical to everything we know about child development and run counter to everything science has taught us.