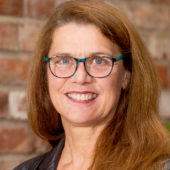 Karola Dillenburger
Professor, Queen’s University Belfast
Sign up for Spectrum's newsletters
Thanks for subscribing!
The Expert:

It is true that the past decade has seen a rise in autism prevalence almost everywhere. For instance, the latest estimate from the U.S. Centers for Disease Control and Prevention puts the prevalence in the United States at roughly 1.7 percent.

The dramatic rise of autism diagnoses in Northern Ireland may stem at least in part from the nation’s Autism Act, introduced in 2011. The act added autism to a list of conditions that cannot be discriminated against. It also led to an increase in funding aimed at accelerating autism assessments. As a result, there is greater awareness of autism and better access to diagnostic services.

What’s shocking is how little the Northern Irish government does to support the growing number of people with an autism diagnosis.

The gold-standard autism interventions in the U.S. are based on applied behavior analysis (ABA). In these interventions, therapists often work with the child one on one, breaking target behaviors down into steps and then reinforcing the completion of each step. But these evidence-based interventions are not funded by the United Kingdom’s National Health Service (NHS).

Therefore, many families in Northern Ireland opt to pay for ABA-based interventions out of pocket, but, of course, this leaves these services without quality control. Some practitioners claim to be trained in ABA after taking an hours-long course, and it is difficult for parents to distinguish between credentialed providers and those who lack the appropriate expertise3,4.

The NHS should support proven autism interventions, such as those based on ABA, and urge clinicians to deliver them early and intensively.

Some of the best-known ABA-based autism interventions are pivotal response training and discrete trial training, a procedure focusing on breaking down a skill into steps and then teaching one small step at a time. Young children typically benefit most, with many showing significant improvements in learning readiness and communication skills5,6. However, older children may also improve academically and socially, and adults may learn life and employment skills.

In the U.S., most insurance covers ABA-based therapies, and universities have created programs to train professional behavior analysts. These professionals are equipped to respond to each person’s unique needs and deliver personalized treatment rooted in scientific principles.

In the U.K., the scene is very different. I work at Queens University Belfast, one of just five universities in the U.K. that offer professionally recognized courses in behavior analysis. Our online masters and doctoral programs attract nearly 100 students per year from around the world, and some of our U.K. graduates specialize in autism therapy despite the lack of NHS support. Still, this is far from enough.

Traditionally, NHS-funded autism services are delivered by pediatricians, mental health specialists, occupational therapists or speech and language therapists. But these professionals receive little training on autism — often no more than one or two lectures during their qualifying courses7. Some take one- or two-day post-qualifying training courses in autism that may provide an introduction to ABA, but these courses do not adequately cover the science of behavior analysis. Understanding this field is critical for delivering therapies effectively.

My colleagues and I have tried to convince the NHS of the value of ABA-based autism therapies, but NHS officials continue to take their advice from ‘expert’ panels that lack board-certified behavior analysts.

The reports from these panels are riddled with errors about ABA. For instance, they refer to ABA as a single commercial intervention, when it is, in fact, the science that underpins almost all evidence-based therapies for autism. They also wrongly state that there is insufficient evidence for the efficacy of ABA when there is, in fact, more than 50 years of solid evidence.

As a result, the NHS funds ABA-based therapies only when families fight for them. Most families remain ill-informed about the impact and importance of the science of behavior analysis for their children’s progress. Of the families who want the therapies, many cannot afford them.

It is a shame that the NHS has not responded to the increase in autism diagnoses in Northern Ireland by improving access to these evidence-based therapies. The only way to change things for the better is to make sure that government bodies are listening to appropriately qualified behavior analysts when crafting their policies.

Karola Dillenburger is director of the Centre for Behaviour Analysis at Queen’s University Belfast in Northern Ireland.