People with autism may smell songs or hear colors 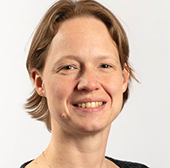 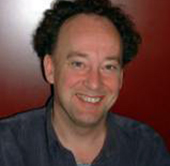 Rob van Lier
Professor, Radboud University
Sign up for Spectrum’s newsletters
Thanks for subscribing!
The Experts:

Have you ever considered what your favorite piece of music tastes like? Or the color of Tuesday? If the answer is yes, you might be a synesthete. For people with synesthesia, ordinary sensory events, such as listening to music or reading text, elicit experiences involving other senses, such as perceiving a taste or seeing a color.

Synesthesia is not to be confused with common metaphors — such as saying someone ‘sees red’ to describe anger. Instead, synesthetic associations are perceptual, highly specific and idiosyncratic, and typically stable beginning in childhood. And many types exist: A taste can have a shape, a word can have a color, the months of the year may be experienced as an array around the body.

Over the past few years, researchers have found that people with synesthesia or autism share many characteristics. Synesthetes often have sensory sensitivities and attention differences, as well as other autism traits3,4. The two conditions also share brain connectivity patterns and possibly genes, suggesting they have common biological underpinnings.

One of the first clues that autism and synesthesia may be related came in 2007, when researchers published a case study of an autistic savant with synesthesia named Daniel Tammet. Tammet sees numbers in color and with textures and shapes, and has extraordinary recall: In 2004, he recited 22,414 digits of pi from memory5.

This case and others inspired more formal inquiries into a possible overlap between the two conditions. At the same time, researchers began looking closely at altered sensory processing in people with autism. In 2013, sensory alterations appeared as a new autism criterion in the newly minted fifth edition of the Diagnostic and Statistical Manual of Mental Disorders (DSM-5). That same year, two research teams reported an increased occurrence of synesthesia in people with autism1,2.

In several studies, researchers have used a questionnaire called the Autism Quotient to assess autism traits, such as an enhanced attention to detail or communication problems, in synesthetes and controls3,4,6. Synesthetes consistently score higher than controls on measures of attention to detail, but their scores on social and communication skills vary. Similarly, synesthetes score higher than controls on the Glasgow Sensory Questionnaire, which assesses sensitivity to sensory stimulation. Together, the findings suggest that autism and synesthesia overlap more in perceptual and sensory domains than in social ones.

Researchers have found other parallels between the two conditions involving perception. Autistic individuals tend to focus on details over global patterns in a scene or image. For instance, they often perform well on a task that requires searching for a small shape within a large, complex figure. In two studies, synesthetes similarly outperformed controls on this type of task3,4. And in one of the studies, researchers noted a strong attention to visual details among people with synesthesia.

The similarities are not just sensory. In 2018, researchers reported that the more types of synesthesia a person has — auditory, visual, tactile — the higher that person’s score on a test of overall autism traits3. In the general population, scores on tests for synesthesia are correlated with those for autism traits7. What is more, as the early case studies suggest, synesthesia is associated with savant skills in autism — say, exceptional abilities in music, math, art or language8.

Autism and synesthesia may be rooted in similar biology. Both conditions are sometimes associated with greater local connectivity — communication within a brain area or between nearby brain areas — than global connectivity, or communication between distant brain parts9,10,11. In an unpublished study of twins, a research team including one of us (van Leeuwen) found the connection between autism and synesthesia to be primarily determined by genetic rather than environmental factors, although no one has pinpointed specific genes common to both conditions. At the same time, synesthetic experiences may contribute to the sensory alterations that affect daily life for individuals with autism.

To develop treatments for sensory issues in autism, we need to identify autistic synesthetes and study them. Spreading the word that synesthesia is relatively common in autism may empower more autistic people to self-identify as synesthetes. All people with autism who can do so should take a synesthesia test online to better understand their own sensory issues and abilities. Growing knowledge of this overlap is likely to lead to insights that could improve the lives of autistic people, whether or not they experience a crossing of their senses.

Tessa van Leeuwen is a postdoctoral fellow at the Donders Institute for Brain, Cognition and Behaviour at Radboud University in Nijmegen, the Netherlands. Rob van Lier is professor of cognitive psychology at the institute.