Why we need to respect sexual orientation, gender diversity in autism 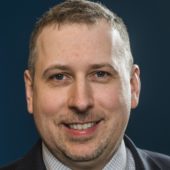 Our culture suffers from an ‘eternal child’ bias — the reluctance to acknowledge or see individuals with developmental differences as mature and capable of self-determination. This bias extends to self-determination around sexual orientation and gender identity.

However, emerging evidence suggests that autistic people are more likely to identify outside of conventional genders and sexualities than the general population is. The reasons for this are unclear, and they need to be studied.

Our research suggests that autistic LGBTQ+ people face specific challenges, from having their self-assessments dismissed to difficulties advocating for their gender needs. Clinicians, parents and teachers must respect autistic individuals’ sexual orientation and gender identity, which may unfold over time.

The evidence pointing to sexual-orientation diversity among many autistic people is preliminary but fairly consistent. In a study published last year of nearly 9,000 people, researchers found that attraction to both same-gender and different-gender partners was more common among autistic people than among other people1.

Similarly, an international study published earlier this year revealed that nearly 70 percent of autistic respondents identify as non-heterosexual — more than double the rate in the general population2. And a large Swedish study this year found that individuals with self-reported autistic traits are more likely than their peers to describe themselves either as bisexual or as not conforming to the labels of heterosexual, homosexual or bisexual3.

Most of the autistic adolescents recalled having gender-diverse inclinations in early childhood. However, many were reluctant to express their gender identity because they worried about bias and harassment. And yet it seemed urgent to most of them to address their gender needs.

The respondents said they had trouble with the complexities of gender affirmation (previously referred to as ‘gender transition’) — from self-advocating for their gender needs to filling out forms and making it to multiple medical appointments. And because of their social differences, some participants were unable to tell how others viewed their gender.

In my clinic, I hear a lot of concerns from families about autistic teens’ ability to be self-aware around sexuality and gender. Several of autism’s features, such as social-communication differences and focusing intently on specific topics, can cause parents and family members to doubt their child’s feelings about sexual orientation or identity. Some parents think being gay is ‘a phase.’ Others are concerned that their autistic teenager may be copying a friend’s decision to come out because of a desire to fit in. I’ve heard parents say they think their child may not even understand what being gay or transgender means.

It is true that some autistic youth try on different hats and identities and sexualities, as all teens do, and some end up defining themselves as ‘straight’ or cisgender in the end. Learning what feels right and true can take time. There seems to be a double standard for autistic youth exploring and asserting their sexuality and gender identity — and there shouldn’t be.

There may be solid biological and psychological reasons for the high prevalence of sexual orientation and gender diversity among autistic people.

Autism and sexual identity may share a biological pathway, perhaps one involving sex hormones in early development6. Or sexual orientation and gender diversity may be expressed more often in autism because of a decreased adherence to social conventions. Or perhaps a greater forthrightness and honesty in autism allows some autistic individuals to acknowledge feelings beyond traditional sexual orientation and gender identity categories.

Whatever drives this overlap, life as a double minority — autistic and LGBTQ+ — is complex. As a result, LGBTQ+ autistic people may be at a greater risk for mental-health problems7. We know that one of the most protective factors for youth in a gender or sexual-orientation minority is understanding and support from important people in their lives. This is likely to be even more true for those on the autism spectrum8.

Social-skills programs for people on the spectrum should include information about LGBTQ+ communities to help young autistic people navigate their sexuality and gender. At the same time, LGBTQ+ groups and communities should be more intentionally inclusive of neurodiverse people and promote autism awareness.

Despite the challenges of being autistic and gender diverse, the young people in our study said they feel generally optimistic about their future. To support them as they enter adulthood, we need more research to better understand their long-term trajectories, including specific risk and protective factors.

John Strang is a pediatric neuropsychologist and director of the Gender and Autism Program at the Center for Autism Spectrum Disorders with the Children’s National Health System in Washington, D.C.