My hope for Ukrainians with autism 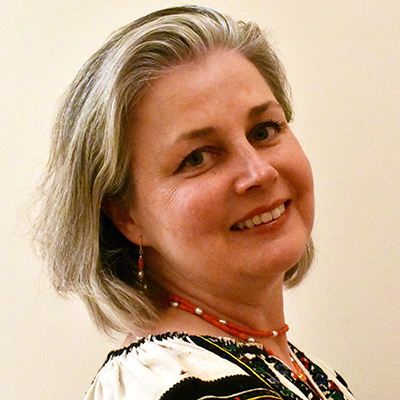 Chrystina Dolyniuk
Associate professor, Rider University
Sign up for Spectrum’s newsletters
Thanks for subscribing!
The Expert:

To think that what we are witnessing now in Ukraine is far removed from the world of autism would be a huge mistake. I was fortunate to travel to Ukraine twice to conduct research, train specialists and give lectures about autism. I am fluent in Ukrainian and worked directly with families and professionals who provide services to children with autism. On both occasions, in 2011 and 2014, I was there at pivotal moments in history and heard parents and professionals tell me firsthand that they cannot go back to how things used to be.

During Ukraine’s Soviet past, children with all types of disabilities, including those with autism, were either institutionalized or abandoned in orphanages. After Ukraine gained independence in 1991, it was still common for children on the spectrum to be institutionalized or remain at home with their families. Until 2011, few, if any, attended school. This was because there were few, if any, trained professionals confident in their ability to provide services to these children. There were also few, if any, national policies that encouraged educational inclusion and community integration. At that time, parents were absolutely desperate for information and support.

Over the past decade, Ukraine has made tremendous strides in its attempts to raise awareness and improve services and support for children on the autism spectrum. Those strides resulted directly from historical shifts that allowed for advocacy, progress and change. In 2013, the world first witnessed the Euromaidan movement, Ukraine’s peaceful demonstration of the nation’s desire to join the European Union and to have a chance for broader opportunities, more education and greater freedoms.

Unfortunately, the Euromaidan was brutally crushed at the start of 2014 and resulted in a bloody massacre now known as the Revolution of Dignity. Russia’s annexation of Crimea and invasions of the Donbas regions followed. Since that time, Ukraine has been continuously engaged in an ongoing battle with Russia, as its people continue to strive for all the democratic values we cherish in the West.

When I first arrived in Ukraine in 2011, a center in Lviv hosted one of my lectures for professionals on the diagnosis of autism. Desperate parents from neighboring regions pooled resources and hired a bus to travel to Lviv so that they could ask questions about their own children in their native language. Over the past week, that same lecture hall that was filled to capacity then is yet again filled to capacity. But this time it is a triage shelter for refugee families. Unfortunately, the children with autism who normally attend sessions at the center — which had become a leader in providing support, raising awareness and providing early intervention using evidence-based practices — are now being asked to stay home to accommodate children with a variety of physical and intellectual disabilities.

As I think about that image, my heart is broken, and I am incredibly angry. Since 2014, new government policies implemented across Ukraine encouraged inclusion and education of children with disabilities. Autism awareness events had become common in major cities and were widely promoted on Ukrainian social media. Training for professionals had increased significantly. But all of this was the result of Ukraine’s closer tie with the West in recent years, and Ukraine’s clear and active commitment to reforms in health care, education and social policy. It was the direct result of a movement away from old Soviet standards.

This barbaric act is a crime against children who have every right to go to school and the parents who fought so hard to get them there. It is a crime against the teachers and psychologists who have strengthened connections with the West so that they might learn new methodologies and evidence-based practices. And it is a moral injustice that some professionals are now being forced to make the most difficult choices — grappling with the decision of whether they will support children with autism or help traumatized soldiers and civilians on the front lines.

In the United States, we greatly value the will of the individual and self-determination. We are inspired by stories that demonstrate courage in the face of hardship, and we celebrate those who persevere. Although some of us may be equally inspired and disheartened by what we see in Ukraine, I fear for what will happen to those who have historically been overlooked.

Already there is concern that humanitarian assistance is not reaching the most vulnerable. In response, the European Council of Autistic People and Autism Europe put out a joint statement calling for humanitarian protection of Ukrainians with autism. Already there are concerns about how children with autism might be adjusting in these unstructured and terrifying circumstances.  There is also worry about who will care for the vulnerable if their caregivers are killed. And what about children and adults with autism who are able to escape the war but are misplaced and misunderstood by those who receive them?

There are no easy solutions to any of these concerns. Only emotions.

As I write this reflection and think about autism in Ukraine, I ponder on what I have seen and what is yet to come. It is inspiring that Ukrainians will not give up this fight for freedom and democracy. At the same time, it remains unclear what will happen to people with autism, regardless of the outcome of the war. I am very aware that the most vulnerable can often be lost in the crossfire.

In the end, I know that Ukraine is a more inclusive nation than Russia, and I pray Ukraine wins. I pray that Ukraine maintains sovereignty and territorial integrity. But I also think about everything Ukraine has already lost. Children with autism are being misplaced and forced to live in frightening and unstructured circumstances. They are not able to attend regular therapy sessions with the teachers and therapists who understand them best. Their parents are challenged with new circumstances and survival. In many cases, this means abandoning everything that is familiar to flee to safety.

Ultimately, I am left with the realization that although progress results from the circumstances that allow for societal change, it is also a mindset. With great hope, I think that maybe, just maybe, progress has not been thwarted. I pray that instead, progress has been only temporarily halted as a determined people fight for truth and justice. And that belief is further strengthened when I hear of heroes such as my friend Natalya, who works at another center in Lviv. She tells me that despite the constant sound of air sirens, she will be returning to the center this week to work with autistic children. Though I fear for my friend, I am also inspired by her courage and determination.

Professionals and parents in Ukraine understand that separating autistic children from their peers or putting them in custodial care is simply not an option anymore. Maintaining consistency and providing normalcy, even in dire circumstances, is the only hope for making progress.

When Ukraine wins this war, we must unequivocally ensure that the country’s most vulnerable people are accepted, supported and celebrated. As the Ukrainian nation will inevitably need to rebuild, I pray that the resources that are most needed for those with disabilities are not the last available, and that people with autism are encouraged to find their voices in a better Ukraine, just like they have been in a free and democratic U.S. Quite frankly, that is the only way any of this senselessness will make any sense.

Chrystina Dolyniuk is associate professor of psychology at Rider University in Lawrenceville, New Jersey. She holds a Ph.D. in educational and developmental psychology and was awarded two Fulbright Specialist grants to travel and work in Ukraine in 2011 and 2014. Her research focuses on the community integration of people with autism.