How to evaluate new medications for autism

Jeremy Veenstra-VanderWeele
Sign up for Spectrum's newsletters
Thanks for subscribing! 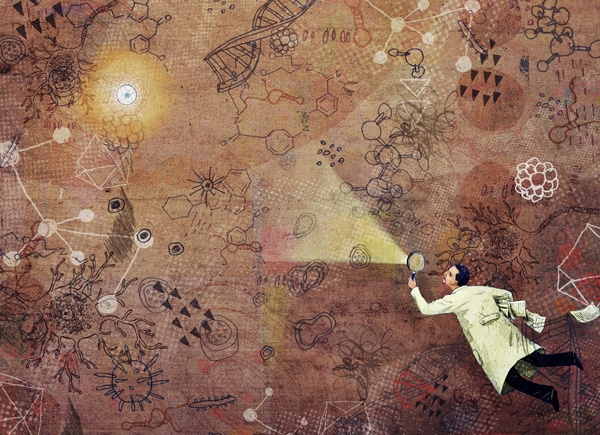 There are just two medicines, risperidone and aripiprazole, approved for treating children with autism. Both are intended for treating irritability and agitation in children with the disorder, and their approval was based on data from randomized, placebo-controlled studies of children and adolescents1, 2.

So far, however, no medications have been approved for treating the core symptoms of autism. But there are many studies underway.

This is, therefore, a good time to examine the approaches we need to develop and test potential treatments.

We must take into account what has been learned about autism risk factors over the past few years. Relatively rare genetic syndromes3, copy number variants, which duplicate or delete stretches of DNA4, 5, and spontaneous single-nucleotide mutations6, 7 have provided the most traction for understanding the neurobiology of autism. These rare genetic risk factors appear to contribute to risk in upwards of 15 percent of children with autism.

Common environmental risk factors, such as extremely low birth weight and maternal diabetes, have also emerged8, but these have yielded insights more amenable to prevention rather than to treatment. Our clearest ideas about the underlying neurobiology of autism risk are therefore based on small subgroups of individuals.

There are two main approaches that researchers are pursuing to identify treatments that may benefit children with autism. The first and most common approach is to evaluate a treatment in the entire group of people affected by autism, usually excluding a small number of people who have a known genetic syndrome.

The second approach is almost the exact opposite: to study a medication for autism-related symptoms in a single defined genetic syndrome that confers substantial risk of autism, but which constitutes less than 2 percent of individuals with the disorder.

Down the line, we can hope for a third approach that is somewhere in the middle: researchers evaluating a treatment in a large subgroup of individuals with autism who share a common biological marker of the disorder.

Most of the evidence that we have for existing medications is derived from the first approach, based on studies that include a broad group of children who may have different underlying risk factors or causes for their autism9.

Successful treatments identified using this approachexclusively target symptoms that extend beyond the core autism diagnosis, such as methylphenidate for hyperactivity10 in children or fluoxetine for compulsive behaviors in adults11. These medications harness knowledge of fundamental brain circuitry and signaling that does not depend upon an understanding of autism risk factors.

Notably, many more studies have found no benefit for medications posited to have some relationship to autism’s causes. In another example, secretin, a hormone that affects gut and brain function, was thought to be effective for autism because a small group of children showed improvement in their language and autism symptoms.But several randomized, placebo-controlled trials of secretin all yielded negative results12.

These trials taught us that the placebo effect is substantial in autism, with parents or clinicians typically rating about 30 to 45 percent of children in the control group as improved.

A few large studies of medications in the overall group of children with autism are underway or were completed in the past few years. Some studies are evaluating response to manipulations of the oxytocin or vasopressin systems, two peptide hormones that modulate social function across species. There is little evidence suggesting that deficits in either of these hormone pathways confersrisk of autism, but their roles in social function make them logical targets for a disorder that includes social impairment.

Two ongoing studies — presented at scientific meetings, but not yet published — are using medications that might normalize a possible imbalance between excitatory and inhibitory brain signaling. This theory of a signaling imbalance in the brains of people with autism has become popular based on data in certain animal models and the increased rate of epilepsy in autism13.

The largest treatment study ever conducted in autism used what is called a randomized withdrawal design. All children initially took memantine, an Alzheimer’s drug that dampens one form of excitatory signaling. If they showed significant benefit, they were assigned randomly either to a group that continued taking memantine or a group that got a placebo.

The majority of children in both groups worsened, with no significant difference between them14. This suggests that the expectation of being switched off of memantine led to worsening in many study participants, regardless of whether they were actually switched to placebo or not. It’s possible that a subgroup of people with autism benefit from memantine, but researchers don’t know which subgroup that might be.

Another large study examined arbaclofen, a drug expected to boost one form of inhibitory signaling. The researchers saw no difference between arbaclofen and placebo on the primary outcome measure, an index of social withdrawal and lethargy. However, clinicians rating autism severity saw a substantial improvement in a subgroup of participants15. This pattern of response in a subgroup may be consistent with a treatment that lies nearer to one cause of autism, but for which researchers have not yet identified a biomarker.

The second approach to treatment development focuses on specific genetic syndromes for which we have better knowledge of the underlying neurobiology than we do for autism. Mouse models of fragile X syndrome point to several opportunities for intervention, including drugs that block the activity of a signaling receptor called mGlu516. Studies of these drugs in people with fragile X syndrome have so far yielded mixed results17.

Research on three other autism-related syndromes is following close on the heels of this work. A clinical trial is underway to test the effectsof insulin-like growth factor 1 (IGF-1) in people with Rett syndrome18, 19. A conference presentation at the 2014 International Meeting for Autism Researchdescribed encouraging findings from a randomized, crossover study of IGF-1 in nine children with Phelan-McDermid syndrome20. Likewise, work is ongoing to move research on mTOR inhibitors from mouse models of tuberous sclerosis complex into human trials21.

Each of these syndromes accounts for less than 2 percent of individuals with autism, but they are logical places to start because we have an understanding of their underlying cause. Ideally, we would take medications that work in these narrow populations and test them in a larger subgroup of people with autism who share a common biomarker — the as-yet largely theoretical third approach to treatment development.

Building on the observation that mTOR inhibitors normalize the increased brain size in some mouse models of tuberous sclerosis complex and related syndromes, one could imagine testing mTOR inhibitors in a subgroup of children with autism who show brain overgrowth22.

Before using drugs such as these, which have significant side effects, however, one would really want to see evidence of increased mTOR activity in the blood cells of these children — or another marker of a shared risk factor. Other biomarkers, such as elevated blood levels of the chemical messenger serotonin, may also have potential for identifying subgroups of individuals that may respond to a common treatment23.

With increasing knowledge of both neurobiology and autism risk, helpful medications are likely to emerge from both the first and second approach. Neither tactic is likely to yield a medication that benefits every child with autism, however.

I would guess that the medications that most closely target the cause of autism for a particular subset of children are the most likely to be transformative, but they will probably help the smallest numbers of children. By contrast, those treatments that target core brain circuitry — but have little to do with the root causes of autism — seem likely to help a larger percentage of children, but to a smaller degree.

Jeremy Veenstra-VanderWeele is associate professor of psychiatry at Vanderbilt University in Nashville, Tennessee. He has consulted with Roche Pharmaceuticals and Novartis on medication development in fragile X syndrome and has received research funding from Roche, Novartis, Seaside Therapeutics, Forest, Sunovion and SynapDx.