How the autonomic nervous system may govern anxiety in autism 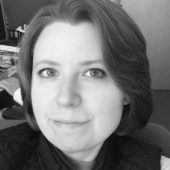 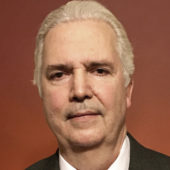 An ANS that does not function correctly leads to a set of conditions called ‘dysautonomias.’ Dysautonomias are the chameleons of the medical world: Because the ANS interacts with many bodily systems, dysautonomias can mimic the traits of myriad dysfunctions. Still, there are telltale signs — including dizziness, fatigue, heart-rate changes, muscle tremors and brain fog — that can signal dysautonomias.

All of us have experienced these signs at one time or another. But they can herald an autonomic condition when they are chronic and interfere with daily life. Unfortunately, dysautonomias are sorely underdiagnosed because their traits are nonspecific and easily overlooked by physicians.

Our team has been studying the ANS in autistic children for 15 years. We have found, among other results, that autistic children often show signs of autonomic conditions, such as low variability in heart rate1. We have also measured skin conductance and found that the sympathetic (fight-or-flight) branch of the ANS is overactive in autistic children — which jibes with reports of elevated anxiety in this group2,3.

Autistic people often experience hypersensitivity to sensory stimuli such as noise, a phenomenon that may drive their anxiety. Interestingly, studies show that repetitive movements can help suppress the intensity of incoming sensory information4. Some experts suggest that autistic people intuitively perform these behaviors to ease their anxiety and the response of their sympathetic system.

We have shown that applying low-frequency repetitive transcranial magnetic stimulation (TMS) to the frontal cortex can calm the fight-or-flight response in autistic children. The more sessions a child undergoes, the lower the response5. We are trying other methods, such as neurofeedback, to achieve similar results.

Other scientists have used medications such as propranolol, a beta blocker, to target the fight-or-flight response and improve concentration and anxiety in autistic children6. These drugs work by blocking receptors for the neurotransmitters epinephrine (or adrenaline) and norepinephrine.

Autistic people may suffer more frequently from gastrointestinal problems — including episodes of diarrhea, constipation and abdominal pain — than their neurotypical peers do. Doctors often peg these issues to allergies, food sensitivities or abnormal microbiota — all of which may contribute.

However, gastrointestinal disorders are also a common feature of autonomic dysfunction. In fact, people with irritable bowel syndrome show similar autonomic signs, such as atypical heart-rate variability, to those seen in people with autism.

Perhaps we do not need to answer that question. As we’ve discovered with TMS and neurofeedback, targeting high-level systems such as the brain can have positive effects on the peripheral nerves and immune system, and bring relief from some of the physical problems and anxiety that many autistic people experience, even when the triggers are unknown.