How geneticists can gain greater buy-in from the autistic community 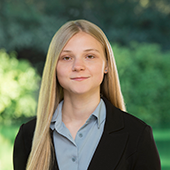 Spectrum’s house style is to lowercase ‘autistic,’ but we have made an exception in this instance at the author’s request.

In October, the researchers behind the U.K. genetics study Spectrum 10k had to pause and reorganize their project after some in the Autistic community questioned the team’s aims and methods.

This derailment exemplifies the growing tensions between genetics researchers and portions of the Autistic community and reflects the fact that some in the community are increasingly hesitant to share their genetic material with researchers. One of their primary concerns is that some geneticists are working to ‘cure’ autism or prevent it via prenatal testing. They see that the availability of reliable noninvasive prenatal testing has contributed to the plummeting prevalence of Down syndrome in Europe, which is an example of modern eugenics, and fear that genetics research could lead to similar outcomes for Autistic people.

To be sure, Spectrum 10k explicitly states that it is not trying to “cure” or “eradicate” autism. Still, some Autistic people find it easier to avoid participating in any genetics research rather than trying to avoid projects that may obfuscate their aims with abstract descriptions, lack data security or reshare stored genetic information indiscriminately.

I understand why some members of the Autistic community feel this way: I am an Autistic person, and I study white supremacist violence, including eugenics. Listening to some researchers discuss their visions for the future of autism research often provokes emotions similar to reading about what neo-Nazis want to do with people like me.

As a researcher, I understand the value of good datasets, and as an Autistic person, I know that genetics research into the health problems that accompany autism is important. This intersection of my personal and academic experience enables me to value the goals of Autistic people and scientists at the same time and to work toward a collaborative solution.

I have what I think could be several effective, noncontroversial suggestions that could begin to address the concerns of Autistic people, and in turn increase the likelihood of their participation in genetics research. My recommendations aren’t meant to prevent researchers from accessing data; instead, they can foster a collaborative relationship between researchers and the Autistic community, resulting in an increase in the availability of genetic data.

Francis Galton, who coined the term eugenics in 1883, described his research as an attempt to improve the “racial qualities of future generations either physically or mentally” through science. Attempting to cure autism or prevent Autistic people from being born clearly fits this definition.

Though many genetics researchers don’t want to cure autism, their research can inadvertently benefit scientists who do and who believe that severely disabled autistic people cannot enjoy a good quality of life. That view ignores a substantial body of research that explores strategies to increase happiness for severely disabled people. People who work to eliminate severely disabled people under the pretext that they are sparing those people from suffering are misguided. The aim of curing or eliminating severely disabled people also violates human rights and UNESCO’s 1997 Universal Declaration on the Human Genome and Human Rights.

Autistic people hesitate to share their genetic material because it frequently ends up in large databases that are readily available to qualified researchers at universities, private companies or medical institutions who apply for access. Once a database hands over genetic information, the information could rapidly change hands and be used for purposes that are anathema to an Autistic study participant.

Most of these large-scale databases fail to meet the privacy standards laid out in UNESCO’s declaration to protect identifiable genetic data, because researchers are getting better at re-identifying certain types of genetic data. An example of such privacy failures is MSSNG, a database of genetic material created by Autism Speaks and Google that currently hosts more than 11,300 whole-genome sequences on a cloud-based system. MSSNG shares datasets with academic institutions internationally. Such cloud-hosted databases, however, are routinely hacked.

Additionally, MSSNG does not specify which countries it shares its data with. Human rights groups and academic publishers have criticized China, for example, for conducting unethical genetics research, such as human CRISPR-Cas9 experimentation and attempting surveillance via the short tandem repeats that occur on the Y chromosome. Researchers in countries with low ethical standards could access MSSNG’s data, either through an application or through hacking.

Large-scale databases also struggle to comply with the intellectual honesty requirements in UNESCO’s declaration, which states that genetics research participants should be required to give informed consent for each project that analyzes their data. Most databases grant access to their datasets once the dataset’s owner approves an application, but the people who contributed their genetic material do not have the opportunity to refuse to consent to the new research.

Some organizations are even less clear about how they share data. Spectrum 10k, which is revising its approach after backlash from the Autistic community, says it plans to share its data with researchers “whose aims are in line with our efforts to improve the well-being of autistic people.” But “well-being” is abstract, and Spectrum 10k doesn’t define the term in this context, giving the project plenty of legal leeway to share data with whomever they want.

Such ambiguity highlights another reason that Autistic people distrust autism geneticists. As recently as 2016, Autism Speaks openly said it was looking at the genetic origins of autism to create a cure. Now it publicly denounces that goal and says its work will lead to treatments for autism’s associated health problems, but most of its research looks the same. Article 17 of UNESCO’s declaration encourages solidarity between researchers and participants; opaque statements about research outcomes contradict this goal.

Failing to make informed consent accessible to intellectually disabled people who are their own legal guardians also breaks that solidarity. Severely disabled Autistic people care about the impact genetics research could have on their lives. Some projects create non-binding documents that summarize informed consent, but these documents tend to be created internally and paint research in the most favorable light. Instead, a neutral third party, such as a disability rights law firm, should draft these accessible informed-consent documents. Putting the usual accessible and traditional informed-consent documents side by side readily shows how the former often leaves out important information for intellectually disabled people.

Having good intentions doesn’t prevent research from doing harm, and geneticists are not always best positioned to see the long-term implications of their work. Social scientists, particularly disabled social scientists, could play a valuable role in both fostering solidarity and enforcing research ethics in the autism field. Article 16 of the UNESCO declaration recommends the establishment of multidisciplinary ethics committees to consider the implications of genetics research projects. This isn’t occurring publicly, yet this type of oversight is uniquely important, given the history of eugenics against Autistic people and the ongoing suspicion many in the Autistic community harbor toward geneticists.

Ultimately, to gain greater participation from the Autistic community, geneticists should come into compliance with UNESCO’s 1997 Universal Declaration on the Human Genome and Human Rights: They must secure their databases to the degree they would identifiable genetic data, require database participants to sign an informed consent for each project their data is used for, provide third-party accessible informed consents, and involve disabled social scientists in the development of research.