How gender influences the autism brain 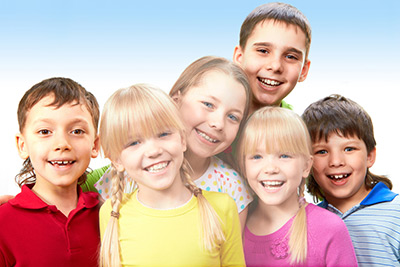 Sex skew: Many more boys than girls have autism, which may be in part because of their genetics and brain chemistry.

Boys are far more likely to be affected by autism than are girls, with about four times as many boys being diagnosed as girls1-4. This well-known sex bias, or sexual dimorphism, is probably at least partly the result of differences in prenatal as well as early postnatal brain development.

However, the mechanisms underlying sexual dimorphism in autism have turned out to be surprisingly difficult to unravel. And there are prominent sex differences in many common neuropsychiatric conditions, which are equally mysterious.

It is possible that a set of common mechanisms underlies the sex differences in most neuropsychiatric conditions. Understanding the basis of sexual dimorphism in autism may not only inform our treatment of this condition, but may translate to new therapies for many other mental illnesses.

Many studies have documented a higher incidence of intellectual impairment in girls with autism than in boys with the disorder. However, some debate exists as to whether the overall severity of autism differs between them, or is the result of bias in diagnosis or in the populations examined5.

Still, there appear to be fundamental differences between boys and girls with autism, which reflect both biological differences and biases inherent in reporting and diagnosis. Externalizing behaviors, such as aggression, repetitive behaviors, restricted interests, reduced sociability and hyperactivity tend to occur prominently in males with autism. In contrast, females with autism have more internalizing symptoms, including anxiety, depression and self-directed symptoms such as self-blame and low self-worth.

These internalizing symptoms are often reported by parents, but are less likely to be reported by children and are missed by teachers and clinicians unless they question the girls directly5-7. Autism in boys is more likely to come to attention due to disruptive behaviors in school or at home, skewing the biological bias even further.

Beyond such biases in reporting or diagnosis, significant evidence suggests that multiple biological factors contribute to the sex differences seen in autism. These include genetic and hormonal differences between males and females that may lead to differences in symptoms and in susceptibility to the disorder.

Studies in animal models over the past few years show wide-ranging sex differences in gene expression in the brain that were previously unappreciated8.This provides insight into how the developing brain and disease susceptibility may interact to lead to sex differences in the presentation of autism9.

Multiple studies find that relatives of females with autism are at increased risk for autism compared with relatives of males with the disorder10, 11. This suggests that females who have autism may carry a higher load of genetic risk factors, but that certain biological aspects of ‘femaleness’ protect against such variants10, 11.

Although the nature of such protective mechanisms is unclear, both genetic and hormonal processes are likely to play a role. Numerous studies have found autism-linked heritable or spontaneous (de novo) mutations on the X chromosome12, 13. The absence of a second X chromosome in males could render them more susceptible to the effects of such mutations, whereas females, who have two X chromosomes, would be protected.

However, such X-linked factors alone may not account for the reduced genetic risk for autism in females. Many studies have demonstrated that non-X-chromosome risk factors have a greater effect on males than on females14. For example, females may be protected from the effects of de novo variants in the genome, such as duplications or deletions of regions of the chromosome and alterations of single nucleotides15-17. Thus, because of mechanisms that regulate genome stability and mutations, fundamental sex differences may exist at a genome-wide level in the brain.

The most well-known biological differences between males and females are the result of the sex hormones estrogen and testosterone. Testosterone, which signals through the androgen receptor, surges during pregnancy, and in the first months of life it may mediate the early masculinization of the brain in boys, as well as other aspects of male differentiation18, 19. The absence of testosterone may lead to female differentiation20-23. In many regions of the body and brain, the enzyme aromatase converts testosterone to estrogen, which acts through estrogen receptors. Estrogen in turn appears to have multiple protective effects on neural function24-26.

Sex hormones may profoundly affect behavior, even in people. Men usually score lower than women on scales of empathy, and higher on those for systematization and rule-based thinking27.  The observation that both males and females with autism also tend toward systemizing modes of thinking has led to the ‘extreme-male theory,’ which proposes that hypermasculinization of brain regions may underlie aspects of autism28. Studies have correlated both the severity of autism traits and male biases in brain structure with fetal testosterone levels.

A 2010 study identified the retinoic acid-related orphan receptor-alpha (RORA), a positive regulator of aromatase that is inhibited by testosterone and activated by estrogen, as a risk gene for autism29. People with autism also have significantly lower levels of RORA expression than unaffected individuals do30. Thus, genetic factors that increase the risk for autism may disrupt sex-hormone signaling, leading to sex differences.

A study in mice last year sought to determine how sex hormones can lead to differences in complex behaviors between males and females8. This study showed that many sex hormones regulate sex differences in gene expression in the brain. These sexual dimorphisms in gene expression are not restricted to specific brain regions and don’t always show the same sex bias. For example, the insulin receptor substrate 4 (IRS4) may be higher in males than in females in one region of the brain but show the opposite bias in another region.

Testosterone signaling regulates many of these male-biased patterns of gene expression. In contrast, adult female hormones do not account for most female-biased gene expression patterns. These female patterns may be programmed during development and may be less sensitive to environmental factors that affect the brain later in development.

Disruptions of genes that show sex differences in expression often lead to deficits in gender-specific behaviors. For example, IRS4 influences maternal behavior in female mice. Thus, the consequences of mutations in genes may be both region-specific and sex-specific, further illustrating the complexity underlying the differences between males and females9.

These findings in mice suggest a plausible framework for understanding how both genetic and hormonal factors — perhaps in combination with environmental stressors — produce sex differences in autism and in other neuropsychiatric conditions. Only through further exploration, from a molecular to a clinical level, can we better understand sex differences in autism and devise an informed and effective treatment plan for this condition.

Nirao Shah is associate professor of anatomy at the University of California, San Franscisco. Devanand Manoli is a postdoctoral fellow in his laboratory.