How do we measure autism severity?

Raphael Bernier
Assistant Professor, University of Washington, Seattle
Sign up for Spectrum’s newsletters
Thanks for subscribing! 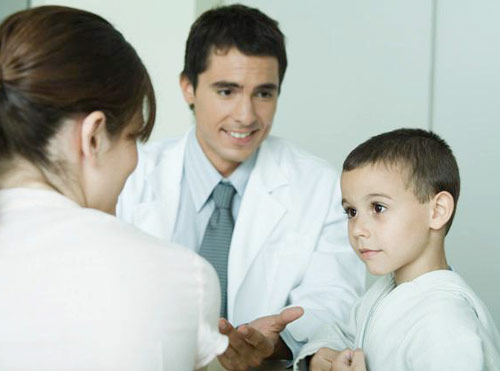 Missing measure: Should the severity of autism be defined by the intensity of a person’s symptoms or by his or her ability to function with them?

Just last week the parents of a young boy who I had diagnosed with autism asked me, “How severe is his autism?”

It was not the first time parents of children — or adults — with autism had posed that question to me. It is an important one, not only for families as they make sense of their child’s diagnosis and available treatment options, but also for the scientific community. How do we define autism severity, and is there a good measure of it?

But before we can measure autism severity, we need to come up with an acceptable definition of what it is. A literature search for peer-reviewed articles that include the terms ‘autism’ and ‘severity’ yields more than 1,300 results. But the definitions of severity vary among these studies as widely as the methods do.

Severity is often defined in terms of language ability, intellectual functioning or the presence of problematic behaviors such as aggression, all of which contribute significantly to an individual’s ability to function in social, academic and employment situations. However, they are not necessarily core features of autism as we currently conceptualize the disorder. If we define the severity of autism as the degree or intensity of autism itself, we need to direct our focus to the core features, namely social and communicative impairments, and repetitive or restricted interests and behaviors.

But even with the focus restricted to the core domains of autism, it remains unclear if severity should be defined in relation to the intensity of symptoms or an individual’s ability to function with them. And if severity is defined by intensity of symptoms, should it be measured by the total number of symptoms in the core domains, the degree to which the symptoms are expressed in these domains, or some combination of degree and number — with some symptoms carrying more weight than others?

There are challenges to each approach. It is easy to see how a child with mild symptoms in each of the core autism domains may seem ‘less severely’ impaired than a child with just a few key deficits that wholly prevent reciprocal social interactions. If severity is defined based on an individual’s ability to function, then common co-occurring impairments that are not necessarily core features of autism, such as cognitive deficits and challenging behaviors, need to be considered, because these factors can have a major impact on functioning.

Ultimately, who has more severe autism? Is it the child presenting with every textbook symptom linked to autism or the one with just a few core symptoms as well as associated challenging behaviors that significantly impact his or her day-to-day quality of life?

Clinicians and researchers are working on answering this question in several ways. As a scientist I’m driven to quantify and define the severity of autism. And although I strongly believe that a measure of severity has scientific utility by helping to elucidate the neurobiological mechanisms underlying the disorder, I do wonder if a single tool can ever successfully measure the severity of autism.

These approaches and instruments are incredibly valuable for characterizing autism; however, as highlighted by a 2009 study10, there are limitations to each approach. For example, many of the rating scales correlate strongly with an individual’s intelligence quotient (IQ), which reduces the focus on autism core symptoms. However, the SRS, which is less impacted by IQ, focuses primarily on social communication and does not include direct observation of the child.

Summary scores on the ADI-R have often been used as severity metrics for coreautism symptoms, but the ADI-R was not developed as a measure of severity. For example, higher scores generally indicate greater impairment, but non-verbal children are not administered a portion of the test, restricting the utility of the communication domain. Scores also vary based on the child’s IQ and age.

Similar complications arise when researchers use the ADOS summary scores. These are influenced by age and language level, which determine which version, or module, of the test is administered, limiting the ability of the ADOS to generalize across individuals.

The newest approach, a calibrated severity score10 that is based on raw ADOS scores, attempts to provide a standardized, clinician-based metric that controls for language ability and age when determining autism severity. It provides a promising approach that addresses many of the drawbacks of the other measures. But it is still too early to determine its usefulness in clinical settings and how effective it will be at providing insight into the underlying genetic and neurobiological features of autism.

Despite its untested status, I believe that a measure such as the calibrated severity score that accounts for a range of contributing factors is the appropriate approach to take. Specifically, a measure that controls for the contribution of age, language and cognitive ability; incorporates objective measures of observed behavior; includes measures of rarer behaviors that are most accurately reported by caregivers; and acknowledges challenging behaviors on a scale with variability and good psychometric properties should be the goal.

These measures have significantly advanced our understanding of autism, although a precise characterization of severity has remained elusive. This is to be expected, given the fact that the disorder changes during development and is very heterogeneous. The measures are also used in multiple contexts, varying from clinical to research settings. It may be that the definition of autism severity, and how we measure it, should also vary across these contexts.

Given the diverse symptoms of children with autism, a clear understanding of the features of the disorder, including language ability, cognitive ability, medical complications and other behaviors such as aggression, self-injury and the tendency to wander away from caregivers, is needed to fully characterize the functioning level for any individual.

These qualifiers may prove more relevant to parents or clinicians because they can impact functioning as much, if not more, than the core autism symptoms. Better knowledge of how these related symptoms interact with core autism symptoms is critical to advancing our understanding of autism severity and to adapting diagnostic and clinical services accordingly. It is also crucial for helping to define the phenotype and for assessing treatment outcomes.

By contrast, given the underlying heterogeneity of autism, the focus on core impairments to the exclusion of associated challenges may help pinpoint the disorder’s disease-causing pathways. When studying the genetic and neurobiological contributions to autism, quantifying autism severity based on the presence and degree of core autism symptoms, rather than on impact on functioning, may be more relevant.

I am confident that in the not-too-distant future we’ll have a universal definition, or definitions, of autism severity. Perhaps we will have one that is based on core symptoms, a second one defined by functioning and maybe even a third definition that reflects the disorder’s societal or financial impact.

In order to get there, we as scientists, clinicians and parents need to understand more about the contributions and interactions between associated symptoms and core symptoms. We also need to build on the gains we’ve made using existing measures of severity and to consider autism severity as a function of the context in which we define it.

Raphael Bernier is assistant professor of psychiatry and behavioral sciences at the University of Washington in Seattle.