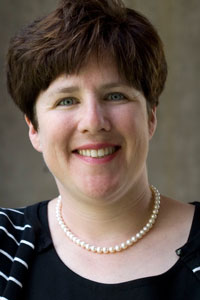 In the 1980s, researchers at the University of California, Los Angeles, and the University of Utah ran an extensive, four-year media campaign across the state of Utah to recruit children with autism, ages 3 to 25, for a study of prevalence in that state.

The study estimated an overall prevalence of about 0.04 percent, much lower than the 1.1 percent prevalence reported by the Centers for Disease Control and Prevention this March. A number of factors have influenced autism rates over the past 30 years, including changes in autism awareness, access to services and disability-related legislation.

My colleagues and I decided to revisit the 1980s study to better understand how the changing diagnostic criteria influence prevalence estimates in Utah, independent of these other factors.

The original Utah study provided a good basis for comparison because of its unique scope. Researchers recruited participants by asking practitioners, clinics, schools and social service agencies for referrals, as well as from screening records at residential facilities, group homes and state hospitals. Of the 489 children who were recruited, the researchers diagnosed 241 with autism.

When we reanalyzed the data collected from that study, we found that the prevalence would have been much higher had the children been evaluated using today’s criteria.

More than half (59 percent) of the 248 children recruited for the study but not originally identified with ‘autistic disorder’ using the Diagnostic and Statistical Manual of Mental Disorders III (DSM-III), meet today’s criteria for an autism spectrum disorder (ASD) as outlined in the DSM-IV-TR.

Although it’s not a primary focus of this study, we did look at the potential impact of the DSM-5, the upcoming version of the diagnostic manual, which is still being revised.

We found that the proposed changes, which include a return to fewer subgroups and a requirement that all three social impairment criteria be met, would exclude only a small number of children from a diagnosis of autism. These are the children who do not have a documented impairment in nonverbal communication.

Given that nearly all the newly identified individuals in this study meet the criteria for full autistic disorder rather than for PDD-NOS or Asperger syndrome, this finding is not surprising. It also cannot be generalized to the current dilemma of whether DSM-5 criteria will exclude high-functioning individuals (such as those with Asperger syndrome).

Deborah Bilder is assistant professor of psychiatry at the University of Utah School of Medicine.