The case for using ‘prebiotics’ 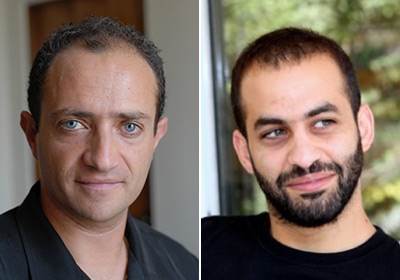 The assemblage of symbiotic microbes that inhabit a host, termed the microbiome, plays an important role in health, disease and development1. Over the past four years the emerging role of microbes in neurodevelopment and neuropathology has taken center stage in studies involving the gut-brain axis2, 3, 4.

Research has shown that the consumption of probiotics, or live bacteria, can have beneficial effects on functions ranging from the immune system to the brain and behavior5, 6.

Gut bacteria and probiotics have a profound effect on behavior and neurochemistry. Germ-free mice, for instance, have been shown to exhibit lower levels of anxiety and higher locomotion than mice with a normal gut microbial population7-9.

What’s more, transferring the microbiota from one inbred mouse strain with distinct behavior into another inbred (germ-free) strain is sufficient to transfer the host strain’s behavior to the recipient7. These results are interesting because they indicate that gut microbes play a significant role in governing brain chemistry and behavior.

Earlier work involving people also suggests a strong gut-brain connection. Individuals with inflammatory bowel disease, for example, show differences in their behavior from controls, trying to avoid stress rather than dealing with it, for example10.

These experiments show that changing the gut microbiome balance can have profound effects on behavior.

Taking this a step further, a study in the December issue of Neurochemistry International shows that prebiotics, or nutrients that promote the growth of certain beneficial gut bacteria, can also influence brain chemistry8.

The study provides evidence supporting the use of prebiotics to change neurochemistry and, potentially, behavior. And it suggests prebiotics and probiotics (or psychobiotics) as treatments for people with neurological disorders.

FOS is found naturally in foods such as garlic, bananas, barley and wheat, whereas GOS is produced from lactose as a product of enzymatic conversion. Studies have shown the ability of FOS and GOS to promote the growth of gut bacteria of the genera Bifidobacterium and Lactobacillus11.

The new study found that prebiotic treatment alters the levels of brain-derived neurotrophic factor (BDNF),  which is important for neuronal growth and survival;  N-methyl-D-aspartate (NMDA) receptor subunits; and amino acids associated with signaling by the neurotransmitter glutamate, an excitatory neurotransmitter4, 12,13.

Prebiotics also change the levels of other blood-borne factors in mice, such as gut neuroendocrine peptides, that may influence BDNF levels. We believethat these microbiome-induced chemical changes may in turn affect behavior, by, for example, alleviating anxiety.

These observations indicate that although GOS promotes bifidobacterial growth more than FOS does, the latter sugar produces a more robust neurochemical boost.Thissuggests that the two prebiotics and their breakdown products have different effects on the microbiome and neurochemicals and their receptors.

Different amino acids act as neurotransmitters, or may serve as precursors for these chemical messengers. Besides changing the expression of NMDA receptors, prebiotic treatment also elevates levels of different amino acids such as glutamate and glutamine in the feces of GOS-fed rats.

In plasma, however, prebiotics increase only the levels of D-alanine. This indicates that some changes in amino acid production are confined to the gut and do not translate into changes in the circulation and, subsequently, the brain.

The study also found that GOS elevates levels of the neuroendocrine peptide YY (PYY)14. It further suggests that PYY mediates at least some of the BDNF secretion in GOS-fed rats, thus offering a hint about the underlying mechanism by which gut bacteria (potentially bifidobacteria) change BDNF levels.

Interestingly, this study and others suggest a role for microbes in changing neurochemistry in ways that may be relevant to autism. BDNF and autoantibodies against it are elevated in serum of children with autism15-17.

A 2005 paper suggested that BDNF hyperactivity early in life plays a role in autism. Given the evidence of a relationship between BDNF and the gut microbiome, this points to yet another way in which microbes can have an impact in autism.

Sarkis Mazmanian is professor of biology and Gil Sharon is a postdoctoral researcher at the California Institute of Technology in Pasadena.