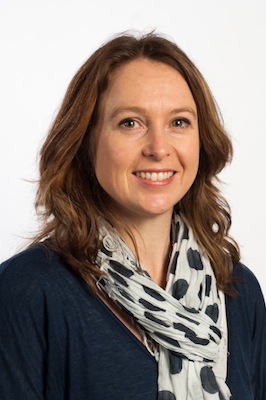 Autism spectrum disorder is defined by core behavioral measures of social communication and repetitive behaviors, and is commonly associated with a wide range of additional (comorbid) symptoms, ranging from seizures to sleep disorders.

Are these comorbid traits central to autism? Or are they unrelated to the main clinical features that define the disorder? What can we learn about the biological mechanisms underlying these features using genetic mouse models?

In July, my colleagues and I published a review in Frontiers in Human Neuroscience, tackling these questions by analyzing data from rodent models of autism1. We found that several rodent models recapitulate both the core features of autism and comorbid traits, leading us to ask whether they result from a central cause.

There is an urgent need to understand more about the causes of comorbid traits seen in people with autism. These individuals can have gastrointestinal dysfunction, irritable or aggressive behavior, sleep and sensory processing disorders, seizures, motor deficits and anxiety disorders in varying degrees and combinations.

These traits significantly affect quality of life for these individuals, as well as for their families and caregivers. For example, irritable behavior is common in people with autism2 and can reduce access to education and health services.

Gastrointestinal dysfunction (most commonly reported as constipation) in people with autism3 can influence concentration and learning ability — again, with significant effects on families and caregivers. Similarly, sleep, sensory, motor and anxiety disorders and seizures can all have debilitating effects on day-to-day activities for individuals with autism.

On another level, it is essential to know whether the comorbid traits originate from the same cause as the core features of autism. If this is the case, we may be able to learn more about the central causes of autism by studying comorbid traits in animal models.

In our review, we compared the presence of behaviors modeling comorbid traits in 11 rodent models of autism. We looked at three groups of rodent models: those created by an environmental insult such as valproate exposure, those that have been identified solely because they recapitulate autism-like behaviors and those that carry mutations in a single autism-linked gene.

Each of these rodent models shows core ‘endophenotypes’ of autism — measurable features that correlate with diagnostic traits in people with the disorder. What’s more, many of these models show additional endophenotypes relating to comorbid traits.

A problem with our analysis is that not all traits have been examined in these animal models. Many groups have tested rodents for seizure susceptibility, anxiety-like behavior and, to a lesser extent, sensory processing and motor coordination. However, we need more studies of aggression, gastrointestinal dysfunction and sleep cycles to complete the picture of autism in rodent models.

Each of these genes is involved in neuronal communication and is important for normal brain function. But when neuronal communication is altered, the effects are likely to be widespread. For example, neurons acting in the gut (i.e., in the enteric nervous system) control gastrointestinal motility. We can study mice to see whether these mutations cause gut problems such as constipation or diarrhea, and then use the findings to generate hypotheses about gastrointestinal issues that can be tested by studying people with autism.

Mice are useful for researching these questions because we can remove many of the variables (for example, lifestyle, age and genetics) that could contribute to comorbid traits in people. Mice expressing single-gene mutations are raised in the same environment and are otherwise genetically identical to their normal littermates, which can be used as controls. This eliminates any issues that may relate to strain differences. As a result, in these models, the genetic mutation is clearly involved in the generation of the complex behaviors and provides us with a starting point for studying gene function and downstream effects.

Different genetic mutations may give rise to different patterns of comorbidities in these models. In this way, genetic mouse model studies can give us insights into autism’s heterogeneity. Modeling autism in rodents also helps us understand why these comorbidities might occur alongside repetitive behaviors and social communication impairments.

We hope that the careful study of endophenotypes in rodent models of autism can uncover clues about the biological mechanisms causing core and comorbid traits of the disorder. However, although many well-developed protocols are available to test for comorbid features,11, 12, 13 most research in rodent models of autism has focused on the core traits of social communication and repetitive behaviors.

The potential benefits from rodent studies include the identification of biological pathways that can be targeted to treat these comorbidities, and increasing our knowledge of autism’s central causes. To achieve this, much more needs to be done to assess additional comorbid traits of autism in rodent models.

Elisa Hill-Yardin is a research fellow in the physiology department’s Enteric Neuroscience Laboratory at the University of Melbourne.