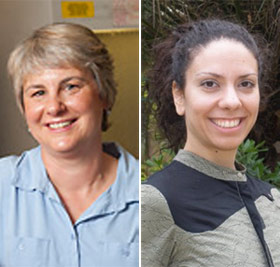 Clinical evidence clearly establishes a strong genetic basis for autism.  However, the list of candidate susceptibility genes keeps growing. Comparisons among individuals diagnosed with autism show striking differences in the time of onset, the severity of symptoms, the response to treatment and the genes involved, even within the same family.

Understanding what underlies this complex mosaic has been an extremely challenging scientific task.

One explanation for this complexity is that autism risk is determined not only by genes but also by the environment. Identifying environmental risk factors would provide a rational approach for effective intervention strategies, given that environmental exposures are more readily controlled than genetic susceptibilities.

There are many types of environmental exposures that are likely to be relevant to autism, but chemicals loom large on the list of candidate risk factors. How do we narrow down the large chemical universe to which humans are exposed to identify those that increase autism susceptibility?

My collaborators and I believe that the most effective approach is to apply information gleaned from genetic studies that have identified critical stages of nervous system development that are particularly vulnerable in autism.

Emerging evidence from genetic studies, which are being confirmed by pathology and brain-imaging studies, suggests that a critical window for autism risk is the late stages of nervous system development, when connections between neurons are being refined.

Chemicals that interfere with these later stages, though unlikely to cause autism per se, may tip the balance in genetically susceptible individuals.

Organophosphates are used worldwide to control pest damage to fruit and vegetable crops. Production of polychlorinated biphenyls has been banned since the late 1970s. However, their persistence in the environment continues to cause widespread human exposure. Polyaromatic hydrocarbons are ubiquitous environmental contaminants in motor vehicle exhaust, wood smoke and tobacco smoke.

These classes of chemicals are found in human urine, blood and breast milk, and both human and experimental animal studies confirm their potential for interfering with normal brain development.

There is evidence that these classes of chemicals interfere with the same signaling pathways as those associated with multiple candidate autism risk genes. These include the neuroligin-neurexin-SHANK pathway, calcium-regulated genes, and members of the ERK and PI3K signaling pathways, all of which help to regulate the connections between neurons.

We propose that exposure to these chemicals, even at relatively low levels, may increase autism risk in individuals who are already at risk because of genetic mutations.

If our hypothesis holds up to experimentation, this paradigm may prove effective for identifying chemicals that pose the greatest risk for autism. This is an urgently needed step toward effective prevention and mitigation of the disorder.

Pamela Lein is professor of molecular biosciences at the University of California, Davis. Marianna Stamou is a graduate student in her lab.