Rett outcome is improving with time 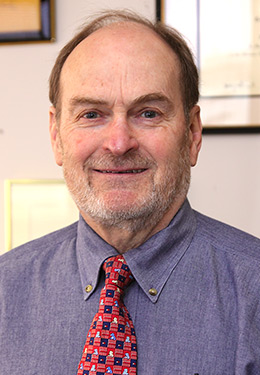 I first learned about Rett syndrome in 1983, when I read the first English-language description of 35 cases1,2. So much has changed since then, and I see no reason to think it won’t keep changing.

The 1983 paper led to a flurry of clinical studies aiming to understand the specific features of this disorder. In 1999, researchers identified the genetic basis of Rett as mutations in MeCP23. That discovery created a surge in research to identify the fundamental neural underpinnings and to seek potential therapies.

An Australian study published in the Orphanet Journal of Rare Diseases in June supports a series of similar previous studies that are revealing remarkable changes in the outcome of women with the disorder, including greater life expectancy and improved overall health4. This is the result of rising awareness of the medical problems that accompany the disorder. And it has led to specific therapies, such as physical, occupational and communication strategies, along with improved nutrition, for these girls and women.

Before this change in clinical practice, a 1997 study of 805 participants reported that nearly half of the deaths in Rett syndrome occur in women described as frail or debilitated and having frequent aspiration5. The researchers could not identify an immediate cause of death for one-quarter of the participants. However, it is likely that it might have been the result of a sudden catastrophic event such as aspiration or seizure disorder, because of the common occurrence of these problems in this population. (This is purely speculative on my part; the authors do not go into much more detail, but they suggest the same reason.)

Since then, researchers have looked in detail at the long-term survival of women with Rett syndrome who live in the U.S., Canada, Austria and Australia: The bottom line is that survival rates have improved everywhere.

In 2010, we published a study that included nearly 2,000 participants with Rett syndrome from the U.S. and Canada6. At least half of these women lived past 50 years of age. Since 2006, we have an ongoing study now involving more than 900 participants with classic Rett syndrome, whom we examine at least once every year. This project is part of the National Institute of Child Health and Human Development’s Rett Syndrome Natural History Study, which aims to gather natural history data in preparation for clinical trials.

In addition to the individuals with classic Rett syndrome, the study includes 166 girls who have atypical Rett syndrome, meaning that they meet only some of the criteria for a Rett syndrome diagnosis.

By contrast, a 2010 study looked at the outcome of the original 22cases diagnosed by Andy Rett in 1966. The probability of survival to age 25 was 21 percent: 19 of 22 Austrian women with Rett syndrome had died by 25 years of age7. However, the same report found that 71 percent of more than 332 Australian women had survived past 25 years — results that echo our findings from the U.S. and Canada.

The Australian study published this month, which includes nearly 400 participants followed for up to 20 years, found 71.5 percent survival past 25 years of age — virtually identical results to the previous Australian findings4. From our own Natural History Study, we have identified 35 deaths among 855 participants with classic Rett syndrome and 6 of 157 people with atypical Rett. Only one of these deaths was related to frailty or poor nutrition, yet the possibility of aspiration pneumonia remains.

These results strongly support the need for parents to continue demanding aggressive therapeutic approaches in order to preserve optimal health — for example, maintaining proper nutrition, treating gastrointestinal issues and optimizing physical and occupational therapies. It is equally crucial to remain alert to potential medical issues, to continue implementation of strong therapies and to maintain a proper level of engagement with family and peers.

Alan K. Percy is professor of pediatrics and neurology at the University of Alabama at Birmingham School of Medicine.