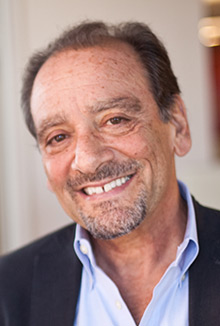 It’s difficult to pick up a newspaper these days and not see a reference to the apparent increase in the incidence of autism, and the role that having children later in life might play in this phenomenon. Some reports have gone so far as to tell young women it’s a mistake to delay childbearing and say that young men should freeze sperm for later parenting.

In the past few years, several studies have implicated fathers’ age more strongly than mothers’ in increasing autism risk. Although older fathers have more spontaneous mutations in their sperm than younger fathers do, no one has shown that these accumulating mutations contribute to autism risk in their children.

In a paper in March in Molecular Psychiatry, my colleagues and I argue that repeating this reasoning as accepted wisdom is a leap that the media, and researchers, should be careful to avoid1.

Studies have linked parental age with the risk for a number of developmental disorders, including intellectual disability, autism and schizophrenia. In general, the older the parent, the greater is the risk. But because maternal and paternal ages are highly correlated within families, it is difficult to conclusively determine the relative contributions of the mother’s or father’s age to this risk association.

For example, a large epidemiological study from Sweden published in February suggests paternal age is the culprit in autism risk2. Other studies from Sweden have suggested that maternal age is more important than paternal, however3, 4.

One reason there has been such interest in maternal versus paternal age is because the biological mechanisms of the associations may be different. In an attention-grabbing article published in 2012 in Nature, researchers showed a link between  paternal age and de novo, or spontaneous, mutations in children5. They attributed these genetic changes to mutations in older fathers’ sperm.

The finding generated major media buzz, appearing on the front page of The New York Times. The Economist named it one of the breakthroughs of 2012.

Older fathers thus appear to be at greater risk for two things that are easy to link together in the same sentence: spontaneous mutations in their sperm and autism in their children. The problem is, neither this study nor previous research showed any direct evidence linking these two observations. It is conceivable that they both may be true, but are unrelated.

In our paper, my colleagues and I explored the question of a direct causal link in the context of schizophrenia, which shows a similar association with paternal age1. We posited that if a causal link exists, latter-born children within a family should be at greatest risk, especially in families with older fathers.

In other words, if the disorder is linked to mutations associated with the father’s age, then within families with schizophrenic children, the affected child should tend to be born later because he or she has the oldest father compared with the other siblings.

Large population-based studies had previously explored the influence of birth order on the occurrence of schizophrenia and autism in children. Perhaps surprisingly, these studies tended to find that birth order is not associated with schizophrenia. In families with autism, if anything, the first-born tends to be most often affected.

Our results are not consistent with what would be expected if de novo mutations in older fathers’ sperm were the culprit. In our report of 453 multi-child families, we found no hint of a paternal age effect on birth order of affected children.

The results suggest that the association of paternal age with the risk for schizophrenia — though probably a valid observation in and of itself — may not be based on de novo mutations in paternal sperm.

So what else might explain the association of advanced age with increased autism risk in children?

These studies raise the possibility that men who get married late in life or undertake childrearing late in life may expose their children to risk factors other than spontaneous mutations in their sperm. These may involve other genes, environmental exposures or modifications to the genome that can control gene expression — so-called epigenetic factors.

The results of our study and the Danish population studies argue against the idea that mutations in the sperm account for the association between paternal age and risk for schizophrenia or autism. Mutations are also not likely to explain the fourfold male bias in prevalence among children with autism, as sperm with mutations are equally likely to carry an X or a Y chromosome.

Although the current evidence does not provide an explanation for the age association, it does suggest that extreme actions that have been discussed in the media, such as young men freezing their sperm in order to have children later, are not justified. These are heavy issues, and one would hope that science will soon be able to provide answers to guide these decisions.

Daniel Weinberger is professor of psychiatry, neurology and neuroscience at Johns Hopkins University School of Medicine.