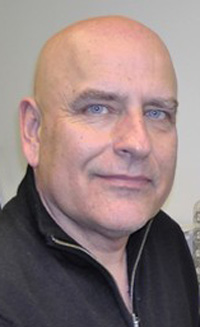 In 2007, when the Centers for Disease Control and Prevention’s (CDC) Autism and Developmental Disabilities Monitoring Network — of  which I am a member —  published its autism rates for 2000 and 2002, New Jersey’s autism estimates were among the highest in the country — about one percent (1 in 94 children), compared with an average of 0.67 percent in other network states (1 in 150 children).

The findings raise the question: Was New Jersey more effective than its counterparts at accurately detecting autism, and detection methods elsewhere have simply caught up? Or are there some special factors contributing to greater autism risk in New Jersey?

Our findings add weight to the possibility of a true increase in autism prevalence and suggest that the true scope of the disorder may be larger than ever imagined.

The reasons for New Jersey’s levels at the turn of the millennium were unclear, but at the time there was reason to believe they were related to more accurate detection of autism cases.

Our research team had access to more high-quality information than investigators in other states did, largely because New Jersey was ahead of its time in employing multidisciplinary teams of experts in evaluating children for special education services.

Moreover, high levels of autism awareness and the availability of autism-specific resources in New Jersey predated the monitoring period. This increased the likelihood that parents and physicians would detect children who showed signs of the disorder.

Before analyzing data for the subsequent surveillance period — 2002 to 2006 — our researchers anticipated that autism prevalence would increase slightly in our state and rise more sharply, though moderately, in other network states.

There had been no major changes in autism diagnostic criteria, service eligibility or access to resources between 2002 and 2006. If New Jersey’s elevated autism rate was mainly due to better detection, we reasoned, other states’ autism rates would rise over time to the level identified in our region as their detection methods improved.

It turns out this prediction was wrong, or at least premature.

Autism prevalence rocketed upward — both in New Jersey and nationally. In our state, rates rose to 1.7 percent (1 in 57), including 1 in 35 boys, with increases across all demographic groups and most autism types.

Interestingly, neither changes in community diagnostic practices nor improved detection seem to have played a large role, as shown by district-to-district comparisons and analyses of data quality.

What’s more, across the 2002 to 2006 period, more than 70 percent of all the New Jersey autism cases satisfied the diagnostic criteria for Autistic Disorder, the most comprehensive form of impairment. That contradicts the possibility that the rise represents better detection of more subtly affected children, rather than a genuine change in prevalence.

Unfortunately, the relevant risk factors are not yet known. Preliminary information suggests that the rise may reflect a combination of demographic and perinatal factors. Our group is conducting studies to assess those factors.

If New Jersey is a leading indicator of autism prevalence, we should anticipate two percent rates across the U.S. Whatever the causes, this level of autism prevalence cries out for the development of resources for these children, and for ramping up consideration of environmental influences, such as maternal health factors, on autism risk.

Walter Zahorodny is assistant professor of pediatrics at the New Jersey Medical School – University of Medicine and Dentistry of New Jersey.