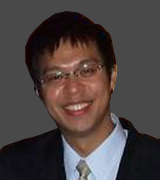 Autism has long been perceived as a condition that is predominantly seen in males. This probably comes from its initial description: Leo Kanner reported seeing eight boys and three girls with it in 1943, and Hans Asperger’s four initial case reports in 1944 were all of boys. Research since then has been biased toward understanding males with the condition, and there is an urgent need to understand more about females.

For example, in a report published 8 August in Brain, my colleagues and I showed that among high-functioning adults with autism, males and females show substantial differences in the characteristics of their brain structures1.

However, what the initial ‘male bias’ in prevalence reflects is something quite complex.

Second, it may also mean that on top of the potentially male-biased criteria, in real-world clinical settings practitioners are also biased toward diagnosing males more readily than females4. Girls tend to receive their clinical diagnoses later5, for example, and compared with boys who have similar levels of autism traits, girls are less likely to be diagnosed unless they have other behavioral or intellectual issues6, 7.

Finally, in the long process of growing up and interacting with peers, and in the larger social context, females tend to learn to mask or camouflage their difficulties8, 9. This, on the other hand, may also be due to better compensatory strategies developed through years of rehearsal.

So what do these all add up to? We should critically reflect on what defines autism and revisit the male predominance in prevalence. Even if there is indeed a gender bias in prevalence, this should not mean that research should also be biased toward males. In neuroimaging studies, for example, male participants outnumber females 8 to 1 in studies of brain volume10 and 15 to 1 in cognitive task-evoked functional magnetic resonance imaging studies11.

What we understand about autism to date might be fairly male-biased. Especially when it comes to research, we are probably quite agnostic about the similarities and differences in how autism presents in different sexes/genders.

There have been increasing efforts over the years to understand the similarities and differences between males and females with autism. One heuristic, but perhaps not entirely accurate, thought is that similarities imply shared underlying processes resulting in the emergence of autism, and differences imply sex/gender-distinct factors that substantially contribute to heterogeneity in the spectrum.

Behaviorally, girls with autism seem to have less repetitive and stereotyped behaviors than boys12. Biologically, early brain growth trajectories13-16, genetic profiles17, 18 and serum biomarkers19 might all be different in some aspects between males and females.

In our new study, my colleagues and I scanned the brains of 60 adults with autism, half of them males and half females, along with the same number of controls. To confirm some analyses, we also analyzed data from a larger male sample from the U.K. Medical Research Council’s Autism Imaging Multicentre Study consortium (84 males with autism and 84 male controls).

We found it to be the latter — that is, we found minimal similarity between the patterns in men and women. The data suggest that autism manifests differently in males and females in terms of brain volume changes.

These findings link autism to the so-called ‘typical sexual dimorphism’ (that is, average characteristic differences between neurotypical males and females) at the level of neuroanatomy. Admittedly, similarities in how brains look do not necessarily indicate shared underlying mechanisms in action.

But if such a correspondence is partly valid, our findings may imply that mechanisms contributing to the emergence of autism are somehow related to how typically developing males and females differ, including factors related to sexual differentiation (such as sex chromosome genes and prenatal sex hormones) as well as social-environmental effects related to gendered experiences (such as rearing experiences related to gender stereotypes).

As in most empirical studies, what we found may be limited to the characteristics of the participants involved in the study — here they are all adults without intellectual disability and major comorbidities of autism such as epilepsy.

Piece by piece, subgroup by subgroup, hopefully one day the jigsaw of understanding the whole autism spectrum can be completed. During this process, we should constantly remind ourselves that all subgroups within the broad and diverse spectrum must be equally attended to and understood. As such, autism may be male-biased in prevalence, but our understanding and appreciation of it should not be.

Meng-Chuan Lai is a research associate at the Autism Research Centre of the University of Cambridge in the U.K., and adjunct assistant professor in psychiatry at National Taiwan University.