London as a crucible for autism in the 1950s 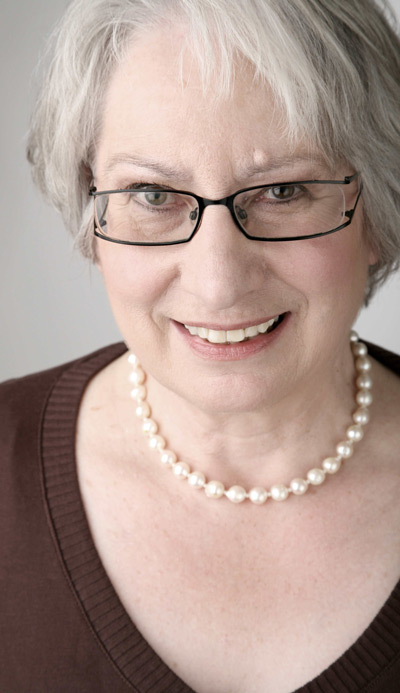 If the complete history of autism is ever written, the 1950s and ’60s will be part of the dark ages. I am grateful to science historian Bonnie Evans for shining a light into one particular corner of London, where softly, softly, some dramatic changes were taking place.

In an article published in the summer issue of Bulletin of the History of Medicine, she describes how pioneers at London’s Institute of Psychiatry — the Maudsley for short —  overturned views of mental deficiency and helped lay the foundations for how we now view autism1.

Evans’ article clarified for me what a triumph it was for the pioneers to create a space for autism in the psychiatric clinic, and how important their efforts were for later changes to the law.

It is hard to believe that up until then, clinicians frequently deemed children born with grave learning disabilities to be uneducable and untestable. In the 1960s, psychiatrists and psychologists at the Maudsley for the first time took a different view. They diagnosed some of these children as psychotic, a label that is now obsolete and has long been replaced by autism. This was a liberating first step that led to a huge change in the history of autism.

I first met children with autism when in 1964 I came to the Maudsley to train in clinical psychology. I was only dimly aware then of the changes that Evans lucidly describes. I took it for granted that specialists could identify individuals as having autism and enable them to attend special schools and obtain other opportunities for education or employment. I took it for granted that clinicians painstakingly observed and examined these children, and never realized how novel this idea had been only a few years before.

This marked only the beginning of the changes. Eventually the new point of view led to an enduring recognition of autism as a diagnostic category. It also led to the release of patients who had been considered untreatable from the doom of the large mental deficiency hospitals ­— an upsetting practice that I still remember.

Even then, in my naiveté, I was aware of major shifts in public attitudes. The label ‘psychotic’ was soon replaced by ‘autistic.’ But from the start it meant that specialists recognized that some children with disabilities were different from others. This was not immediately obvious, as they all had more or less severe intellectual impairments.

It was not until the late 1980s that I became aware of individuals who have autism and high intellectual ability. The realization that such individuals existed got under way properly only in the 1990s, and it led to another dramatic change in our concept of autism.

I remember discussions about giving up the diagnosis of mental deficiency: Researchers realized that in the future there would be many diagnostic groups, identified on the basis of specific brain pathology and genetics. This has indeed come true and we now can diagnose conditions such as Williams syndrome, fragile X syndrome, Cornelia de Lange syndrome and many others.

I had heard my teachers at the Maudsley talk warmly of Kenneth Cameron and James Anthony, who had first opened a clinic in 1953 for psychotic children 3 to 9 years of age. What I didn’t know then was that these psychiatrists argued for the clinic on the grounds that these children, many of whom were disturbed and mute, did have mental capacities and could be treated.

Evans explains that eventually, the changes initiated by a number of Maudsley psychiatrists and psychologists led not just to the end of the mental deficiency diagnosis, but to the closure of mental deficiency institutions. They also led to legal changes that ensured that all children with disabilities, including those who have autism, have the right to an education.

The key event around this time, which I feel is one of those unexpected historical happenings, was a switch in practice that allowed the concept of autism to escape from a blind alley — namely the widely accepted notion of psychoanalysis.

Instead, the clinicians at the Maudsley insisted on observing the children on the ward using glass-fronted rooms. They trained nurses to write down what the children did and said, verbatim, and not to interpret behavior based on prior assumptions. This created an opportunity to learn what autism actually was. From this change in attitude would eventually arise new ways of diagnosis, new knowledge of mental abilities and new behavioral treatments and educational programs.

I can add from my personal experience that clinical psychologists also made observations and tried to invent experimental tests that could tap these children’s cognitive abilities. As trainees, we were all impressed by the dictum of our course director Monte Shapiro that there was no such thing as an untestable child.

The new behavioral data gave some firm ground from which to think about the causes of the condition and possible treatments. According to Evans, Anthony came up with the theory that there are many causes for autism from this observational data. This may be nothing new to us, but remember that at the time a psychogenic cause was the sole contender.

To me, it seemed that the field took a major step simply by what I think of as a British tradition in science, which starts with skeptical questioning of current practice followed by a wait and think phase. This is then followed by a wave of empirical studies, observational and experimental, often using novel technologies.

When I started my Ph.D. on autism in 1966, I thought it was obvious that one would need a detailed and deep description of autism behavior, gleaned from a range of psychological tests and neurophysiological assessments, before launching into causal theories. But I had no idea that others had had to first fight for this idea. Many of their colleagues thought it was a waste of time.

Here is one of the achievements we arrived at by applying the skeptical wait and think strategy: Mildred Creak and her working group of psychiatrists from different hospitals in the U.K. pooled their experiences to formulate strikingly clear behavioral descriptions.

In 1961 they published their first report of nine points that researchers could use to identify children with autism2. I believe that these points gave a new direction to research into causes of autism, as they pointed out the behaviors that are critical to the disorder and needed to be explained.

They were an important starting point for my own research. The list was short enough to be practical and long enough to hope that just one or two cognitive mechanisms might explain why these features often occur together.

Creak’s working group always considered the nine points to be preliminary3, but they led to the first scientifically viable definition and diagnosis of autism — although at the time researchers referred to these children with various other labels, such as ‘schizophrenic,’ ‘psychotic,’ ‘atypical,’ ‘brain-damaged,’ ‘epileptic’ or ‘mentally defective.’

Another of Evans’ papers is aptly entitled How autism became autism4.  We need to know much more about how autism came about and how exactly the radical shifts in British child psychiatry gave rise to the first epidemiological and psychological studies of the disorder.

The most important names that are linked to these developments are those of a slightly later generation of clinicians and scientists, also working at the Maudsley: John Wing, Lorna Wing, Victor Lotter, Michael Rutter, Jack Tizard, Neil O’Connor and Beate Hermelin. Evans briefly touches on their achievements, but I hope they will eventually receive their own historical study.