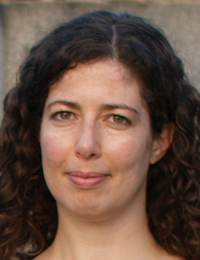 Our brains have roughly 100 billion neurons, with approximately 100 to 1,000 connections emanating from each one. Those connections are what make it possible for neurons to communicate and transfer information between nearby and distant brain areas.

Scientists refer to connections as being ‘functional’ when this connectivity increases or decreases with a particular behavior. These changes can be measured using brain-imaging techniques — with some limitations.

In our recent study, published 14 January in the Proceedings of the National Academy of Sciences, we found that local connectivity within a one-centimeter region is reduced, not increased, in autism. This finding counters the prevailing hypothesis that local functional connectivity is stronger in people with autism than in controls.

For about a decade, this hypothesis proposed that people with autism have too many local functional connections and too few long-range functional connections. The hypothesis emerged from studies of postmortem brain tissue1, 2, 3 and genetic studies4, 5. The studies provided evidence that local inhibitory activity, which dampens signaling between nearby neurons, is reduced in the brains of people with autism.

The idea was that if there is less inhibition between nearby neurons, there will be an excess of signaling, leading nearby neurons to be overconnected or to overcommunicate. But there was no functional evidence — that is, actual measurements of functional connectivity inside a small brain region — to support this idea.

To better understand how local connectivity is altered in autism, however, we first need to define what it means.

First, no consensus has ever emerged about what ‘local’ means in this hypothesis. Does local mean in the range of millimeters or centimeters, or can it even extend over greater distances? The scale determines how and where to focus studies of connectivity, so agreement on what local actually means is important in order to test this hypothesis.

Second, genetic evidence in particular suggests that abnormal neural inhibition in autism begins at the very onset of brain development, probably in the womb. Brain development is highly dynamic, and without proper local inhibition, neuronal connections would be unlikely to develop normally.

So, if inhibition was already reduced during development, it is possible that excitatory signaling would become weaker to try to compensate for the lack of inhibition. In such a case, reduced inhibition would not necessarily mean excess communication.

In particular, functional connections in the brain are often driven by synchronizing different neurons to fire at the same rate, or rhythm.

Tal Kenet is an instructor at Harvard Medical School and Massachusetts General Hospital.

Read more articles from the special report on connectivity »