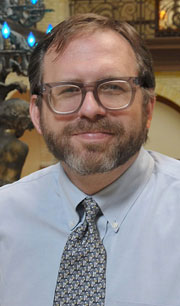 On 20 March, the U.S. Centers for Disease Control and Prevention (CDC) released the results of a parent survey suggesting that two percent of children in the country are diagnosed with an autism spectrum disorder.

These latest autism prevalence data are based on the National Survey of Children’s Health (NSCH), which is conducted every few years.

This latest survey, carried out between February 2011 and June 2012, included more than 65,000 parents of U.S. children aged 6 to 17 years. The parents answered four simple questions about whether their child has an autism diagnosis, as part of a sweeping interview about their child’s health overall.

The survey’s estimate is higher than the 1.16 percent generated from its 2007 version, which assessed a similar sample, and higher than the 1.1 percent reported by the CDC’s Autism and Developmental Disabilities Monitoring Network in March 2012. The latter based its findings on medical and education records, and included much more stringent requirements for a diagnosis, so it’s not surprising that its estimate is lower.

The NSCH’s new results appear to lend additional support to the idea that the rise in prevalence of autism diagnoses continues unabated. However, before I discuss these findings in further detail, it is critical to first emphasize that an increase in diagnoses does not automatically offer evidence that the real risk of autism in the population is increasing.

A number of studies over the past decade have shown that the increase is driven, at least in part, by increased community awareness, changes to the diagnostic approach among clinicians and shifting public policy. However, it is challenging to determine empirically whether these factors in combination fully account for increases in prevalence.

One of the limitations of the new study is that it relied on just a few brief questions to gather information on autism diagnosis. Because the diagnosis of autism is behaviorally based and often unfolds over the course of several visits to a variety of clinical providers, the diagnostic process can be more complicated than for other child health conditions, such as congenital anomalies or juvenile diabetes.

As a result, a few short questions may not accurately help parents separate what they heard from these providers about developmental delays, screening tests for autism, assessments intended to rule out autism and diagnostic confirmation.

For example, in the 2007 NSCH, one-third of parents who reported that their child ever had an autism diagnosis indicated that their child no longer carried that diagnosis. It’s unlikely that a third of children with autism outgrow their diagnosis, suggesting that it may be difficult for the simple questions on the NSCH to accurately gauge the diagnostic status of children with developmental and behavioral health issues.

These limitations aside, one interesting finding is that a majority of the rise in prevalence comes from children who are mildly affected. This is consistent with other data suggesting that rising rates of autism may be driven by diagnosis of children with less severe functional impairments, and warrants further attention.

What is also clear is that U.S. parents as a group are still increasingly recognizing autism-like impairments in their children. This underscores the need for a continuing, coordinated public health response to help these families understand what the rise in prevalence means, to help them navigate the diagnostic process fluidly, and to provide the services needed to achieve the best possible outcomes for their children.

Craig Newschaffer is director of the A.J. Drexel Autism Institute in Philadelphia.