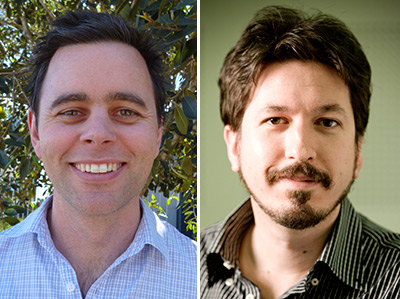 Given that many paths lead to autism and a range of evidence-based intervention approaches exist, we need to find ways to better predict which treatments will be most effective for each child.

In a commentary we published in February in the International Journal of Speech-Language Pathology, we argued that the best predictors of treatment outcomes for children with autism may be subtle learning characteristics that are not necessarily specific to children with autism, rather than the symptoms that led to their diagnosis or broad measures of ability, such as intelligence quotients (IQ)1.

When it comes to predicting outcomes, our growing appreciation of individual differences in children with autism in the field has outpaced our ability to understand and embrace these differences. Perhaps this is because we are asking the wrong questions.

Most studies aim to find out what works for children with autism and then present group averages to report treatment outcomes. Yet such an approach wastes the opportunity to explore and explain the variability in outcomes for individual children.

We suggest that in order to predict outcomes, we need to reframe the question into ‘What works for whom, and why?’

To date, the limited attempts to answer the ‘why’ question have focused on crude prognostic factors such as adaptive behaviour and IQ, which are broad and limited. Performance on IQ tests, for example, is in itself a measure of learning ability, such as the ability to process information efficiently.

The notion that children with lower IQ are less responsive to educational treatments reflects a form of circular reasoning: The children who have more difficulties learning, as measured through pre-treatment IQ testing, are the ones who will have more difficulties benefiting from educational treatments.  To avoid this circular reasoning, research needs to focus on more sensitive variables that predict outcomes.

The best way to select and analyze predictors of outcomes is to identify the factors that are critical for learning within a specific program. In a 2012 study, we found that individual differences in children’s play with objects, their ability to infer another person’s goal-directed actions (using eye tracking) and their propensity to imitate another person’s actions are all strongly associated with how they fare long-term2.

Interestingly, children’s scores on a social attention eye-tracking task, which we assumed would tap into the social impairment central to the diagnosis of autism, did not predict treatment outcomes. This suggests that factors that are critical to diagnosis may not be relevant to predicting how children will respond to a particular treatment.

But can performance on a task that predicts outcomes, such as object exploration, help us choose between treatments for individual children? Possibly.

Last year, another team reported an association between object exploration and response to high- versus low-intensity treatment in children with learning disabilities but not autism4. Children who played with lots of toys during a pre-treatment assessment benefited from more intensive play-based treatment than children who played with few toys. This finding, if true for children with autism, adds weight to the notion that predicting outcomes may be less about diagnosis and more about learning in general.

In moving forward, we believe that the search for predictors will be most successful if we pay special attention to the ‘fit’ between individual children and the ‘active ingredients’ of each treatment program. For example, based on the theoretical tenets and educational strategies of the Early Start Denver Model (a program in which the therapists are instructed to follow the child’s lead), it is plausible that a child’s propensity to initiate social interactions spontaneously and to engage in joint activities affects his or her learning outcomes5.

This sort of approach to predicting outcomes will enable us not only to answer the question of what works for which child and why but also to use this knowledge to match each child with the treatment best suited to his or her strengths and needs.