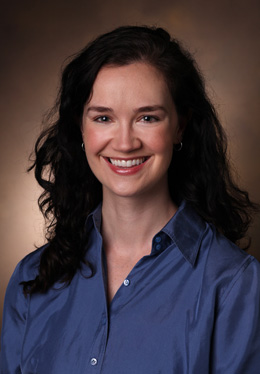 During my time as a graduate studentin Catherine Lord’s lab at the University of Michigan, I ran long-term social groups for adults with autism spectrum disorders. Over nearly a decade, my peers and I watched as many of our group members cycled in and out of depression.

These adults persistently lacked the things they wanted most — romantic relationships, independence, vocational fulfillment (usually in that order). But even when life was going relatively well, mood remained an issue. For example, we worked hard to set up employment for a particularly able young man. He loved the job and loved his coworkers but, within a few months, became so impaired in a depressive episode that he had to quit.

Beyond anecdotes, comorbid depression is well-documented as a particularly common problem in autism. It impairs daily functioning, heightens the need for special services and medications, and places an increased burden on caregivers1, 2. Subclinical levels of depressive symptoms are even more widespread among people with autism and are likely to be similarly impairing3.

A study published 6 May in Autism Research represents our first attempt at making sense of why depressed mood is so common in people with autism4.

In a sample of 50 verbally fluent adolescents and adults with the disorder, we found that participants’ ratings of their own autism-related impairment were strongly associated with symptoms of depression.

A subset of 21 participants reported on their level of rumination,or perseverative “rehashing” of negative thoughts and events. Among this group, greater self-perceived autism impairment was linked with symptoms of depression largely in those with elevated rumination (an interaction with a large effect size of 0.74).

This provides an intriguing hypothesis: As individuals see themselves as impaired and get stuck on those thoughts, they become (or remain) depressed.

We also observed an association between rumination and insistence on sameness, a common feature of autism. Those who fixate on routines and rituals or have restricted strong interests may also be more likely to perseverate on negative emotions and events.

This is a particularly exciting indication that rumination might be involved in both neurobiological and psychosocial mechanisms underlying depression in autism. In other words, depression could result from a brain-based predisposition to repetitive thought, coupled with the specific content of those thoughts that dwell on limitations or social isolation.

It is important to follow up on whether rumination functions in the same way in people with autism (with similar neural pathways and cognitive and emotional effects) as it does in the general population. Also, do children with autism who are inflexible thinkers or insist on sameness become adolescents and adults who ruminate and become depressed?

We first need valid methods to measure how much and about what topics people with autism perseverate. To this end, I am interested in experience-sampling methods, in which a digital device cues participants to rate what they’re thinking about and how they feel, randomly throughout their day. I would love to hear from others about psychophysiological and experimental measures of perseverative thought.

Many roads may lead to depression in autism — and intertwine on the way. People with autism often deal with bullying, loneliness and other psychosocial predictors of depression. There is also a high prevalence of mood disorders even in family members who do not have autism traits, indicating potential inherited mechanisms.

For this reason, if we put our time and money into treatment efficacy studies at this point, my guess is that we would see many non-responders in trials of depression treatment for people with autism. (On the other hand, it’s better to have something that works for some subgroups than nothing to offer anyone.)

Ideally, treatment for depression in autism should be guided by research into the multiple potential causes for these two disorders to co-occur. There is a great deal in the vast history of general depression research that has either not been tested in people with autism or has been explored only from the vantage point of core autism symptoms. There are also few, but rich, avenues for starting from the opposite direction — for example, learning about how autism features such as emotional regulation difficulties might influence the development of depression5.

These research questions are wide open and exciting, not least because the answers may be conveniently ‘transdiagnostic’ — cutting across current diagnostic categories for neurological disorders — and have a direct clinical significance on quality of life. I was encouraged by the program of the International Meeting for Autism Research in May that we will soon begin to see a focus on emotional and physical health in adults with autism, in addition to the crucial work in building employment opportunities and  independent-living skills.