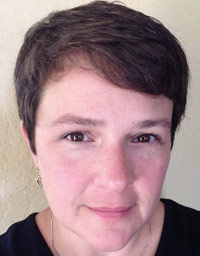 Each time my son, who is 12 years old and has autism, meets a new doctor, he hears the same awkward question, addressed not to him but to me: “So, he’s high functioning?”

The question communicates the assumption that the major concern and predictor of future success for a person with autism is cognitive function — and the assumption that my son’s function is sufficiently intact for me to respond “yes” when someone tactlessly asks that question in front of him. But how relevant is it?

Intelligence quotients (IQs) and severity of symptoms and manifestations can vary widely among people with autism, but the common thread obviously is the autism itself and the core deficits that accompany it. As the results of two studies published over the past few weeks emphasize, autism — along with the key deficits in social communication and interaction that define it — deserves more focus than the other variables that lend the condition its ‘spectrum’ metaphor1,2.

This is not entirely news. Studies of children with autism suggest that average or better cognitive abilities are not enough to ameliorate the social deficits that accompany the disability3,4,5. These reports consistently find that the quality of life for these children is much worse than that of their counterparts with other diagnoses, such as attention deficit hyperactivity disorder (ADHD). Now research in older populations — teens and young adults — confirms that some things don’t change much after childhood for people with autism.

The first new study, published 10 October in Comprehensive Psychiatry, found that young adults with autism experience a relatively poor quality of life compared with those who have other psychiatric diagnoses1.

Using questionnaires, the researchers characterized the quality of life of 169 adults with autism in the Netherlands and 85 age-matched counterparts diagnosed with ADHD, 83 with disruptive behavior disorders and 85 with affective disorders such as depression. They looked at objective measures such as marital and employment status, as well as subjective ones such as general mood and level of satisfaction with social relationships.

The participants with autism fare worse on both objective and subjective evaluations than those diagnosed with the other conditions, the study found. They are also more likely to be single, less educated and living with their parents than the participants with other diagnoses.

Even when the researchers compared highly educated and less-educated adults with autism, they found no subjective quality-of-life differences between the two groups. The takeaway is that even adults with autism who have above-average intelligence and are highly educated still struggle with aspects of life that many adults take for granted, such as living independently or being in a committed relationship.

In the second study, published 25 November in Autism2, researchers reviewed daily-living skills in 417 teens who participated in the Simons Simplex Collection. (This collection of data from families that include one child with autism and unaffected parents and siblings is funded by the Simons Foundation, SFARI.org’s parent organization.)

The teenagers all carry a diagnosis of autism spectrum disorder and are all of at least average intelligence. Crunching the numbers, the investigators found that half of the study group has deficits in skills of daily living and that factors such as IQ, severity of autism symptoms and age are limited as predictors of success in acquiring the skills needed to live independently.

These findings, which agree with results from other studies in children, suggest that cognition and education levels are perhaps not as important as researchers have thought for people with autism when it comes to life satisfaction and the ability to live independently. Indeed, other work has indicated that a high IQ can exacerbate some negative aspects of autism, such as anxiety, and that IQ can be an inaccurate metric when evaluated in people with autism.

For autism research, measures of success and function might better be tied to what is, after all, considered to be a core deficit of autism: social communication challenges and impairments. For people like my son, the answer to the question, “Is he high functioning?” isn’t the one the doctor probably has in mind. Yes, my son has good cognitive skills. But his ability to respond to cultural and social demands and expectations is what defines his functioning — and his autism. The doctor should really ask my son, “How satisfied are you with your quality of life?”

Emily Willingham is a biologist and a regular contributor to Forbes magazine.