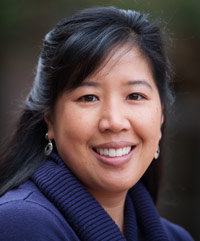 From birth through 5 years of age, the brain increases in size by four-fold. Yet we know very little about normative development during this period. Due to the inherent challenges of acquiring imaging data in infant and toddlers, most normative studies begin after age 6 or 7, when children are increasingly able to lie still and tolerate the scanner noises.

Through the University of California, Davis MIND Institute’s Autism Phenome Project, we developed highly successful protocols to acquire scans during natural sleep. We have obtained imaging data from 190 children with autism aged 24 to 46 months, and 90 age-matched controls. Having searched the normative literature and discovered a lack of studies in this age range, we decided to examine our cohort of controls more closely.

In a study published 21 November in NeuroImage, we used diffusion tensor imaging to evaluate 18 major tracts of white matter — bundles of long nerve fibers that connect brain regions — in the brains of 66 typically developing controls. We were particularly interested in how factors such as age, handedness, hemispheric asymmetry and biological sex contribute to early brain development.

It turns out that all of these factors matter.

We observed asymmetry between the left and right hemispheres of the brain in the vast majority of the white matter tracts that we evaluated. And, even within our narrow age range of 2 to 3 years old, we observed age-related changes in many of the tracts, consistent with the rapid brain growth that is occurring during this time period.

We also observed that the properties of 4 of the 18 tracts that we evaluated are different between boys and girls, with the most robust differences in the cingulum bundle, which connects emotion and memory centers of the brain with regions involved in higher-order processing.

Our results suggest that autism researchers examining differences between children with autism and typically developing controls should not overlook the modulatory effects of these factors.

For example, the presence of sex differences in the white matter tracts of typically developing children suggests caution when evaluating mixed-gender groups of children with autism. If male and female brains are dissimilar even in typical development, how do we know whether boys and girls with autism are more or less dissimilar?

Because of the lower prevalence of autism in females, girls and women with autism are often under-represented in imaging studies, so it is difficult to answer this question.

There is emerging evidence that the neuropathology of autism is different in males and females, and a greater understanding of sex differences in typical brain development will inform future investigations into sex differences in autism.

Our next step is to look for differences in white matter tracts between children with autism and our typically developing controls. Armed with the knowledge gained from our study on typical development, we have greater insight into how to proceed.

Christine Wu Nordahl is assistant adjunct professor of psychiatry and behavioral sciences at the University of California, Davis.