Science is, at its heart, a collaborative process. This is especially true for research addressing complex problems, and autism is certainly complex. For example, to tackle fundamental questions about causes and to move toward targeted treatments, we need to collaborate across disciplines. Another key reason to collaborate is that autism’s enormous heterogeneity requires large samples that can only be obtained by pooling data collected by multiple teams.

So, how collaborative are autism researchers? The answer, found in a paper my colleagues and I published in May in Autism Research, is that we do indeed collaborate a great deal. Nearly all of the abstracts presented at the premier autism conference, the International Meeting for Autism Research (IMFAR), in 2013 were authored by two or more people, and about two-thirds of the abstracts involved more than one institution.

By investigating trends over the previous five years, we found that collaboration has increased, most likely reflecting the maturation of the field and the greater opportunities we have to meet and form collaborations. In looking back over the history of autism research, we know that this was not true in earlier decades when there were few scientists interested in autism, and even fewer who worked together. 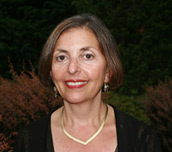 The first IMFAR was held in November 2001 in Orlando, Florida, tagged on as a satellite meeting to the annual meeting of the Society for Neuroscience. IMFAR was the brainchild of David Amaral (at the University of California, Davis MIND Institute), along with leaders at two parent-led foundations that later merged into Autism Speaks, the research and advocacy organization.

These groups began in the U.S. in the mid-1990s, at a time when autism received little attention from the government, scientists or policymakers. IMFAR’s 2001 meeting was small and parochial, with about 200 attendees who came mostly from the U.S. and Canada. The size and scope of that meeting reflected the field overall, with just under 300 papers published on autism that year.

The subsequent explosion of scientific and public knowledge and interest in autism research has generated so many important advances in our understanding and conceptualization of autism, as can be seen in the tenfold increase in the number of papers published in recent years. In no small way, IMFAR has been one of the most important agents in promoting these changes.

The people who started this all by providing the necessary leadership and financial support for IMFAR (which continues today with an expanded group of generous organizations and individuals) were driven by a vision of scientists collaborating with one another instead of working competitively in their individual silos. Conferences bring people together — from different disciplines, institutions, countries and continents — and the hope is that once we’re at the conference we will talk, exchange ideas, plan new projects, pool data and begin to do the kind of science that each of us working alone would not be able to accomplish.

How successful has IMFAR been in helping to realize this vision? Two years ago, I was president of the International Society for Autism Research (INSAR), the professional organization spawned by IMFAR and now responsible for running the conference as well as many other activities serving the autism scientific community. At the time, Brian Lee from Drexel University in Philadelphia approached me with an idea for developing quantifiable metrics to evaluate how well IMFAR fosters collaborative science.

Brian and his student Neal Goldstein were given access to all the published IMFAR abstracts spanning the years 2008 to 2013. They used search, mapping and geocoding tools to chart the landscape of collaboration in autism research; my role was to help provide the context in which to view the results.

Our findings reveal a good deal about how much collaboration is going on, who is collaborating and, most interestingly, the scope of collaboration across all seven continents.

The story is best viewed through a series of world maps such as the one above. On average, there were between four and five authors on each abstract, representing more than two institutions. Geographically, it’s not surprising to learn that the majority of presenters at IMFAR come from the U.S. However, the majority of collaborations across two or more institutions come from Canada.

The people who were the most collaborative were also the most productive, at least as measured by the number of IMFAR presentations, a pattern that is generally true in other areas of science. It is encouraging to see that about 13 percent of the abstracts were co-authored by people living in different countries; in any one year, close to 50 different countries are represented at IMFAR and the trend toward a more global conference is growing.

Because this was a purely descriptive study, we aren’t able to explain what underlies these patterns. For example, why are Canadians more collaborative than any other national group? Is this related to their funding mechanisms? Or the fact that the country has a relatively small population spread over a large geographical area? Or a reflection of its training programs?

In terms of research funding, we have seen in recent years a significant trend toward supporting many more multisite studies on autism (for example, the European Union’s AIMS program; the Autism Centers of Excellence in the U.S.; the Simons Simplex Collection and the Baby Siblings Research Consortium), so we can expect to see even greater collaboration on IMFAR abstracts in the coming years.

Like any good first study, this paper opens up lots of questions. For example:  What do the data look like from the early years of IMFAR and how has collaboration changed over the course of this entire period? What topics promote the greatest collaboration? How can we evaluate the impact of the science produced through collaboration? And how can we leverage what we have learned from this project to promote more international collaborations, especially on projects that bridge the developed and developing world?

A richer and deeper understanding of autism will come about only by involving scientists, and of course families, from every region where people with the condition are living.

Being involved in this project was a great deal of fun (especially as Brian and Neal did all the hard work) and genuinely interesting. I’m grateful that I had the chance to learn about how this kind of work is done, and to think about how we might use these kinds of tools and data to foster more rapid and significant advances in autism research.

A lot has happened since the first IMFAR, and more changes are likely in the coming years. The takeaway message for me is that this project reminded me how much I value the opportunities that IMFAR provides for engaging with almost 2,000 people from all areas of science and advocacy and every part of the world.

Helen Tager-Flusberg is director of Research on Autism and Developmental Disorders at Boston University.