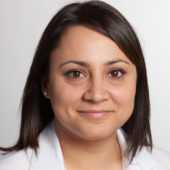 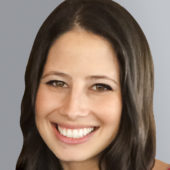 Paige Siper
Assistant professor, Icahn School of Medicine at Mount Sinai
Sign up for Spectrum's newsletters
Thanks for subscribing!
The Experts:

Brock was admitted to the hospital when he was 3 weeks old due to failure to thrive. In addition to poor weight gain and significant feeding difficulties, his reflexes had declined. Brock’s pediatrician recommended hospitalization to expedite the testing process, as it was clear he required multidisciplinary expertise. (We are not including his last name, to protect his privacy.)

A clinical geneticist was on rotation during Brock’s hospital stay and identified a large deletion spanning FOXP1. The gene is implicated in a neurodevelopmental condition called FOXP1 syndrome.

The first report of a deletion affecting FOXP1 appeared in 20091. We now know that deletions large and small, as well as smaller mutations affecting FOXP1, can all lead to various degrees of global developmental delay. Children with FOXP1 disruptions often present with intellectual disability, autism traits, anxiety, compulsive behaviors and attention deficits2. Other medical conditions, such as congenital heart and urogenital defects, can also manifest.

Brock’s condition was complex because his deletion spans multiple genes. It carries higher risk of global delays and medical comorbidities than do single-letter, or ‘point,’ mutations in FOXP13.

Over the past decade, genomic research has led to the discovery of a number of risk genes for neurodevelopmental conditions. We can detect rare conditions such as FOXP1 syndrome by identifying deletions like Brock’s through a routine genetic test called chromosomal microarray analysis. Identifying point mutations requires sequencing a panel of known risk genes for autism and developmental delay or sequencing the entire genome. Both tests simply require a blood sample.

The power of a positive genetic finding has wide-ranging implications, from improved medical care to increased social support. We believe that as genomic technologies evolve and additional rare genetic conditions emerge, involving a clinical geneticist for proper testing and counseling when developmental concerns arise should become the standard of care. Autism is a behavioral diagnosis, and genetic testing can objectively pinpoint the underlying genetic cause to reveal rare genetic disorders such as FOXP1 syndrome.

In his search for information, Brock’s father found a webinar on FOXP1 syndrome hosted by our group at the Seaver Autism Center at the Icahn School of Medicine at Mount Sinai in New York City. We specialize in comprehensive clinical and genetic assessment of individuals with autism and related conditions, including FOXP1 syndrome.

Brock’s father reached out to us a day before Brock turned 8 weeks old, seeking information about active research studies and suggestions for treatment. His goal was to guide his family in the right direction.

Genetic testing can be critical to a child’s health and development. If we do not know a child has a FOXP1 disruption, treatable medical issues may go undetected. Identifying a genetic disruption may give us a chance to begin intervention before delays emerge. Brock, for example, began physical therapy and feeding therapy before 6 months of age.

Positive genetic findings can also inform research — for example, for creating cell and animal models of developmental conditions and for developing treatments, as we do at our center. One area of promise is the generation of neurons from stem cells isolated from the blood to establish neuronal cultures specific to individuals. Our group uses these cultures to understand the effects mutations have on neuronal development and to test whether drugs alleviate those effects.

Improved genetic diagnosis also offers the opportunity to link genetic findings to clinical observations and inform care. For example, by integrating observations from cells and animals with clinical findings in children, we can study how two children with similar FOXP1 mutations develop different clinical presentations. We can explore what might be protective for a 5-year-old girl with FOXP1 syndrome who has an average intelligence quotient despite a disruptive mutation1.

We are applying this translational approach to other conditions associated with autism and intellectual disability, including Phelan-McDermid syndrome, Helsmoortel-Van der Aa syndrome (also known as ADNP syndrome), fragile X syndrome and DDX3X syndrome. We also study these conditions in relation to the broader autism population.

For example, studying animal models across rare genetic conditions can reveal shared alterations in core biological processes that inform the bases of autism more broadly. Although our ultimate goal is to develop novel treatments, early identification and intervention are also critical for optimal outcomes.

A genetic diagnosis can also have an impact on families, as it offers the opportunity to create support groups and international networks. These groups, in turn, push science forward. In 2016, a year before Brock’s family sent us their son’s genetic results, Annie and Karl Whitney reached out to our group with a similar motivation. Their son Jonah was 11 years old at the time and had been diagnosed with FOXP1 syndrome. Jonah has a point mutation in FOXP1.

The Whitney family was the catalyst for the preclinical and clinical research program on FOXP1 syndrome at our center. They also helped to develop the FOXP1 rareconnect.com community — a website that brings together families of individuals with rare conditions. This is how Brock’s father found our webinar. Another online community, a FOXP1 Facebook group, is also growing. It includes splinter groups based on geographical location and language.

We are actively recruiting individuals with FOXP1 syndrome. We look forward to learning from Brock, Jonah and many others with rare neurodevelopmental disorders.