Fair representation for the fairer sex in autism research 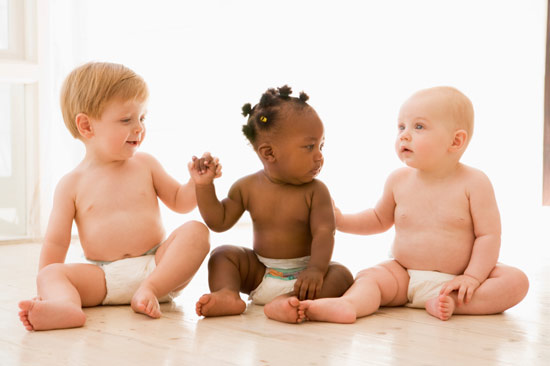 Unequal chances: Up to five times more males than females have autism, and girls are also underrepresented in studies of the disorder.

We are still searching for potential genetic and environmental susceptibility factors for autism, but we have known about one major risk for a long time: male sex. Being male is a powerful and well-proven risk factor for autism, with an odds ratio of between 4 and 5 to 1.

Although there are some attractive theories about why males are at higher risk for autism or why females are underdiagnosed, most researchers try to ignore sex — choosing to either lump males and females together or to exclude females altogether.

Why should we include more females in autism research? Many reason that because autism is so much more common in males than in females, it simply makes sense to consider autism as a male-specific disorder and to study males in order to understand it. It is also often more complicated, difficult and expensive to study girls with autism, because there are fewer individuals to recruit for studies.

But analogous examples show us that the exception might be more powerful than the rule.

Unusual and rare brain lesions have taught us much about functional regions of the human brain. Similarly, it is a longstanding (and successful) approach in human genetics to study extreme examples of a disease of interest. Focused research on early-onset and more severe forms of a disorder have identified many genes that have not only taught us about the biology of a phenotype, but turned out to be the same genes important in more common forms of the disorder.

For example, In type 2 diabetes, at least 4 of the first 20 genes that researchers showed to be robustly associated with the common adult-onset form had previously been identified as causes of rare Mendelian early-onset diabetes1. In Parkinson’s disease, 3 of the first 11 loci identified in a meta-analysis had previously been found in rare autosomal dominant forms of the disorder2.

Lupus is an autoimmune disease affecting nine times more females than males, but males who are affected tend to have more severe disease and poorer outcome. A lupus-associated genetic variant discovered last year has much higher odds (2.3 vs. 1.2) of being associated with males than with females. This suggests that researchers could identify this locus in a much smaller male sample than they would need for females, but that the variant also plays a role in female lupus3.

Current data hint that this model of studying the less-frequently-affected sex might also be successful in autism. Similar to lupus, there might also be gender-based differences in severity in autism. At the higher-functioning end of the spectrum, the male-to-female ratio is the most extreme. When girls have autism, they tend to be more severely affected, with more intellectual disability and neurological symptoms such as epilepsy. Correspondingly, the highly penetrant genetic causes of autism, such as large deletions or duplications in regions associated with the disorder, show less extreme gender bias than do general autism samples.

Although most people would like to see males and females treated equally in modern society, we know that our physiology is actually quite different. And we know a lot about why and how those differences arise: a pair of sex chromosomes, XX in females and XY in males, which express a few sex-specific genes and slightly different quantities of many other genes. These distinctions lead to differences in the hormones our cells are exposed to, beginning early in development.

Even though the vast majority of the genome is identical in males and females, many traits have sexually dimorphic genetic architecture, some as a result of sex-chromosome variation and some presumably because of the interaction between other genetic variants and sex or sex-specific hormones4,5.

Our current knowledge about sexual dimorphism can help us pose testable hypotheses relevant to many of the major challenges in autism research, allowing us to grapple with the heterogeneity of autism.

We recognize that the umbrella term of autism encompasses a variety of symptoms and underlying causes, and researchers struggle to divide the diagnosis into meaningful subtypes. Why don’t we start with sex? It is extraordinarily easy to measure and we know it is biologically based.

We don’t yet understand what environmental exposures might be important in autism susceptibility, but we know a lot about the developmental timing of hormone exposure differences between females and males. It is likely that this exposure interacts with genetic variation to increase risk for autism. Studying it would be a great way to establish models that can be extended to other environmental exposures, and could be incorporated into human observational research, as well as model organism- or cell-based experimental research.

Finally, despite practical limitations in resources, we can include more females in autism research.

First and foremost, don’t leave females out when designing your studies. Excluding females from a study design to ‘simplify’ the experiment, cut costs, or ‘increase power’ will lead to missing out on valuable data. Scientists, funders and reviewers should recognize the added power of studying females because extreme effects might be evident, requiring a smaller sample.

When we’re recruiting for a study or a biorepository, we can also take the time to explain to families with affected females how valuable they are in research and how much they can potentially help others by participating. We can also be inclusive in recruitment materials to be clear that we recognize that both girls and boys are affected, so that families of affected girls do not feel like second-class citizens.

When we do have data from males and females in a study, we need to use appropriate models based on what we know. We should treat females separately from males, not simply include sex as a covariate to average out differences.

Genetic, neurobiological, behavioral and interventional research in autism can all benefit from leveraging what we already know about sex. After all, if we could identify what typically protects girls from autism and reduce the rates of autism in boys to those in girls, what a dramatic impact we could have.

Lauren Weiss is assistant professor of psychiatry at the University of California, San Francisco.